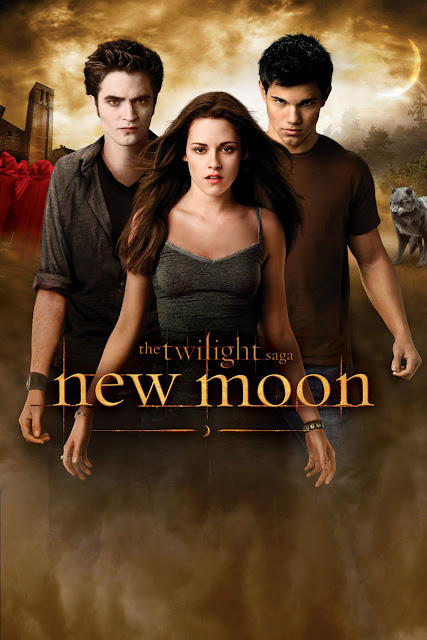 Starting off, yes I realise Twilight gets a whole tonne of hate, or at least it did at the time, now with the passing of years I think maybe people don't care so much. I had not planned to review Twilight: New Moon when I was watching it last night but I noticed that six years back I did in fact review Twilight and The Twilight Saga: Eclipse so thought I may as review this one as well.

After a load of shenanigans in Twilight Bella (Kristen Stewart) and her vampire boyfriend Edward Cullen (Robert Pattinson) should be having a grand old time, however fearing that just by being around him Bella is exposed to danger he decides to move away from Forks with his family, promising she will never see him again. Distraught for many months she finally starts to recover when she befriends native boy Jacob Black (Taylor Lautner), but he has secrets of his own, namely that he is a werewolf... 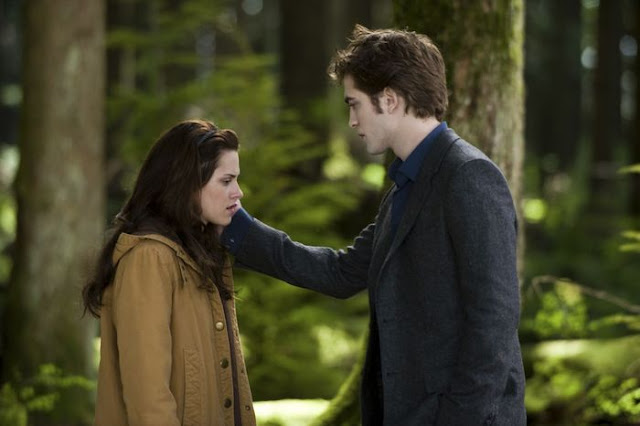 For people wanting a horror film they of course would have come to the wrong place, but in all honesty I did not think New Moon was a bad film if you accept what is there. Every teenager in the films world is miserable as sin, no one ever appears happy, least of all Bella who literally sits in a chair staring out a window for three solid months. What I had not expected was that Edward would be gone from the movie for most of its running time, he appears in weird visions Bella gets when she gets an adrenaline rush, but aside from that it is all her and Jacob. Jacob is just as lame as the vampire though when it comes to being there for her as mere minutes after promising the depressed teen he will never leave her he does just that which sends her spiralling further down the path of darkness. There is lots of teen angst to be found here, but that's kind of the gist of these films so it never felt out of place in the gloomy forest town.

Now while a lot of the movies two hour run time is slightly corny emo filled conversations there is some horror spliced in now and again. The werewolves of Twilight are different than normal in that they can change seemingly at will rather than needing a full moon, this leads to a few cool werewolf vs vampire chase scenes all played out with slow motion parts. The effects for the werewolves (the most bland of movie monsters) are actually quite fun, appearing as huge versions of normal wolves. On the side of the sparkly ones there is one big vampire vs vampire fight scene that again was rather enjoyable with some brutal looking moves thrown around. On the subject of vampires some look decent, some do not. There is a group of Italian ones all featuring blood red eyes, they looked great, Edward on the other hand with his moments of sparkle just looked bored. 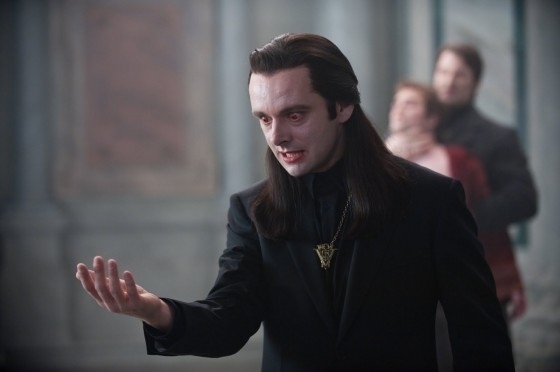 Plot wise there is little point in watching this film if you have never seen a Twilight movie before, sure you can piece together what has happened from what characters say to each other but your going to have even less patience for all the pretentious warblings going on. I assume as with most movies based on popular books a heck of a lot was cut out. No complaints with the directing by Chris Weitz and personally I enjoyed the intro sequence foreshadowing a key event towards New Moon's end, and a sequence showing the passing of time was well crafted. For the most part the actual script is not the best, people sound quite unconvincing at times in the way that they talk.

If Twilight repels you then New Moon will do exactly nothing to change your mind, for me accepting what is to be found here really helps with the enjoyment, I love horror of all types, so am never going to complain about a film that features two of the more popular monster types, even one that is geared towards females, takes itself far too seriously, has an often dodgy script, as well as a hundred and twenty year old vampire making out with a teenager.