The Anatomy of Monsters (2014) - Horror Film News and Trailer 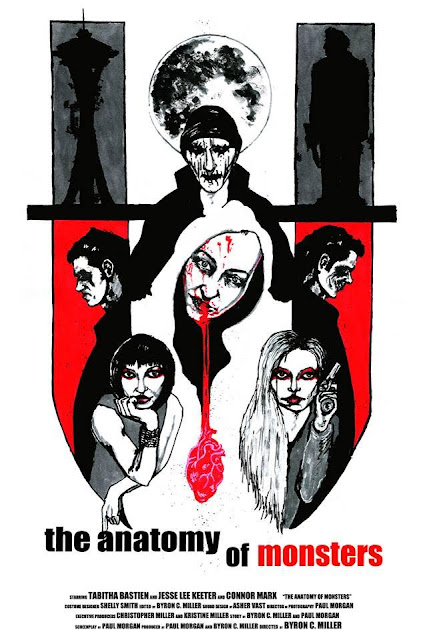 On May 12th Artsploitation announced that it had picked up the North American rights to American indie horror The Anatomy of Monsters (directed and co-written by Seattle based Byron C. Miller). In the film a homicidal young man (Jesse Lee Keeter) meets a woman (Tabitha Bastien) and goes to a hotel room with her where he plans to murder her as his first kill, however it turns out that she has a secret that is far more shocking than he could ever have imagined.

Ray Murray; President of Artsploitation says of the director "Byron ignored the constraints of his limited budget to make a creepy, dark, disturbing and immensely creative thriller". The trailer (below) doesn't really explain exactly what the film is to be about, other than the kidnapped woman soon turns the tables on her captor by revealing information that she shouldn't possibly know. Personally I love the idea behind the movie so hope it turns out to be a good one. The Anatomy of Monsters is released on DVD and VOD in early Autumn in the U.S.A so keep a look out if it sounds like your thing.

Posted by Daniel Simmonds at 13:52