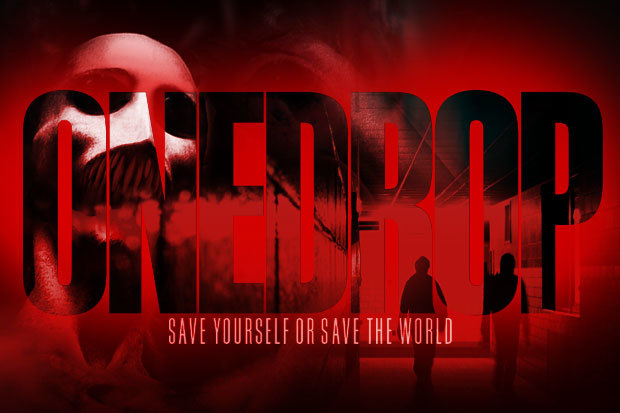 Nearly a year ago I first mentioned One Drop, back then the film had yet to be filmed and an Indiegogo campaign was running to raise funds for post-production. The film has now been shot and is in it's post-production so I imagine the campaign was at least partly successful.

One Drop is about a single mother who awakens in a medical facility to discover not only is everyone else in the building dead, but that she is nine months pregnant. The film is directed by Tricia Lee whose previous films include the bloody Silent Retreat (2013) and psycho girlfriend thriller Clean Break (2014), while it has been written by Corey Brown.

The movie was first presented in Brussels at the Frontieres Market in 2015 and is currently seeking distribution, it is planned to be ready for an American Film Market premiere in November of this year. It is also going to be screened as part of the Goes To Cannes Marche Program on May 15th. It's always nice to see the progress of films from inception to fruition so as always I hope it's a good film.
Posted by Daniel Simmonds at 06:02