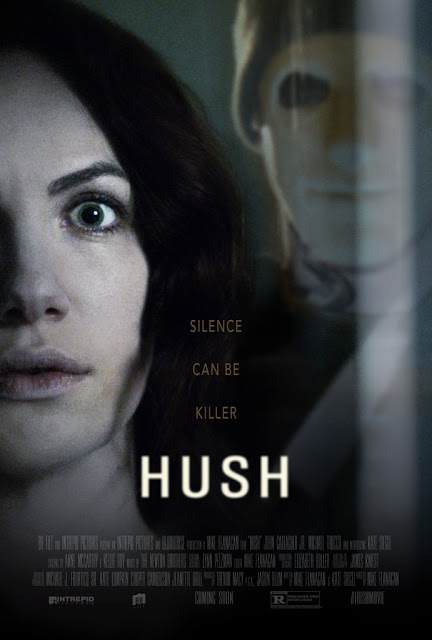 Hush is a home invasion film with one vast difference that sets it apart from all the others; the heroine of the film; Maddie (Kate Siegal from Oculus) is both deaf and mute. This one fact means that despite quite heavily following the tropes of the home invasion genre the film constantly feels fresh and exciting.

Deaf and mute Maddie is a struggling writer who lives a secluded life at a home deep in woodland. One night while writing, a masked attacker (John Gallagher Jr. from 10 Cloverfield Lane) appears at her property, one who seems to want to torment and kill the woman for seemingly no reason. Yet as the night goes on it starts to seem the maniac may have underestimated his target who is determined not to go down without a fight... 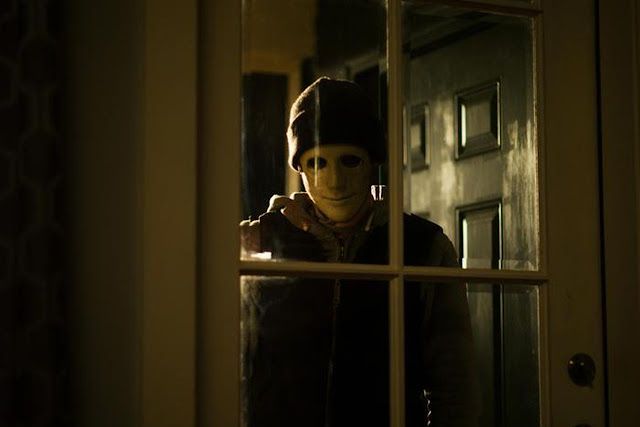 Hush is such a simple stripped back affair that I couldn't help but fall in love with it. It takes place in a small location, features only five characters (one of which only appears on a webcam briefly) and during the eighty one minutes run time there is only fifteen minutes of actual dialogue, the rest is a fantastic cat and mouse game between Maddie and her attacker. The film features excellent directing by Mike Flanagan (Oculus) and not a second of the piece is wasted, every shot, every angle is near perfect in telling the simple story.

The movie features everything you would expect from a home invasion film; a masked killer attacking without reason, a siege type situation taking place over a night of terror, and the usual multitude of escape attempts. The mask the killer has is suitably creepy though did remind me a lot of one from The Strangers, that is until not long into the film he removes his mask and spends the rest of the film not only without disguise, but also spending lots of time talking. Usually you would have the screaming, hysterical heroes and the creepy silent attacker, the roles are reversed here (in that the heroine is silent, not in the sense the attacker is screaming or hysterical). This may be down to the character of Maddie being mute and so unable to make a sound aside from laboured breathing, but not having a female victim screaming and shouting makes her seem more empowering. 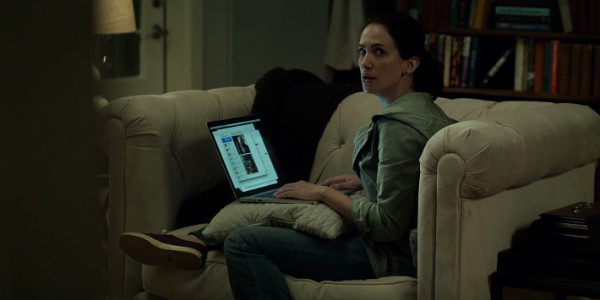 Maddie's deafness leads to some truly tense moments, the initial meeting of the two with the killers slow realisation that she cannot hear was both memorable and terrifying, the man able to walk into her house, steal her phone and start sending pictures of herself he has taken to her laptop is a good initial display of the cockiness he feels of having such an easy target. Later scenes where he is able to sneak up on her makes her seem so venerable that you can't help but want her to succeed. Maddie isn't portrayed as a victim though, she becomes more and more resolute as the movie proceeds, her disability turned into a weapon against the man who constantly underestimates her abilities. Siegal puts so much character and personality into a silent role that you can't help but be impressed and the film compliments this by at times removing all sound so that we as a viewer are experiencing exactly what Maddie is. Gallagher Jr. is also a perfect fit for his role that he plays with relish, while it is never clear just why he is doing what he is his character comes across as more rounded than any silent murderer, and is certainly more human than most, A stand out moment for me was when he is secretly watching Maddie through a window as she tries to load a crossbow she has found. As she struggles in frustration to load a bolt the killer almost sympathetically says "It's not so easy is it?", I just loved that moment, added so much to his character.

Hush also features some really gruelling special effects, blood spurts look fantastic, and body damage effects are also top notch, when one character has their fingers stamped on until it's a broken mess I had to almost look away I was wincing so much, Plot wise it is very predictable once you remove the mute and deafness angle, it was super obvious what would end up happening, even down to the finale which was signposted around five minutes into the film's start. There was one part which I did feel was a bit poor, one where Maddie is thinking about what to do to survive, her thoughts playing out as little scenes on screen, aside from finally giving her the ability to speak (in that we are hearing her internal thoughts) it felt a little bit out of place. 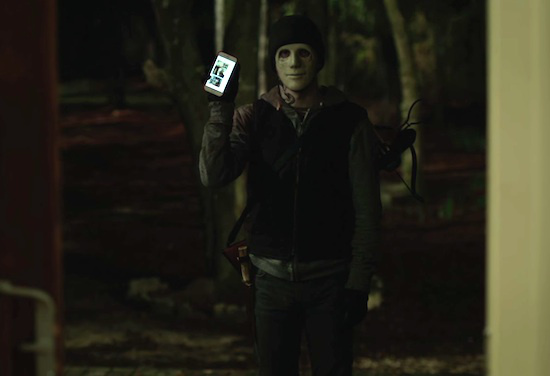 I don't mind the home invasion genre despite them often featuring very basic plot lines, by adding in the special spices Hush manages to stand out, helped in no small part by the crisp clean look and solid directing, it is testament to the film that what I had intended to be a brief preview as I was washing up led to me unable to stop watching until the very end.