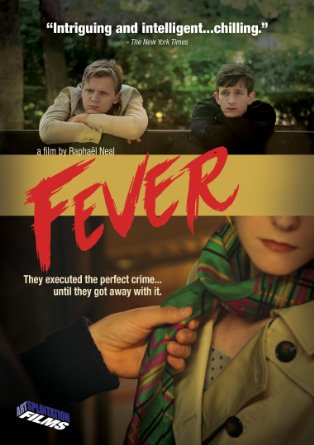 Fever is a French thriller that was released on DVD by Artsploitation on May 24th (today if you are reading this). It has been nominated for several awards and director Raphael Neal won the 'German Independence Award - Special Mention' at the 2014 Oldenburg Film Festival.

It starts with two students; Damien (Martin Loizillon) and Pierre (Pierre Moure) having just killed a completely random woman in her flat, as they flee the scene a passerby Zoe (Julie-Marie Parmentier) bumps into Pierre and he drops one of his gloves. As the days pass it begins to seem like they really have gotten away with murder, but with Zoe ever more suspicious of the twosome, and their own consciences eating away at them can they truly escape?

Fever certainly isn't a horror film, and while it has some thrilling sequences I would not really class it even as that, first and foremost this is a drama that just so happens to mix in philosophical questions on just what makes a person good or bad. This becomes more interesting when the actual murder of the film is never shown, I at least expected to see it in flashback but that didn't seem to be the goal, it is less about the crime and more about the repercussions it has on the young perpetrators view of the world. I saw parallels between this and Fyodor Dostoyevsky's classic book Crime and Punishment, both feature a characters who seemed to want to elicit a change in their lives through a decisive action. Damien believes a murder by chance is not a crime yet starts to have doubts when his (probable war criminal) Grandfather makes a similar point about it not being a crime if following orders. 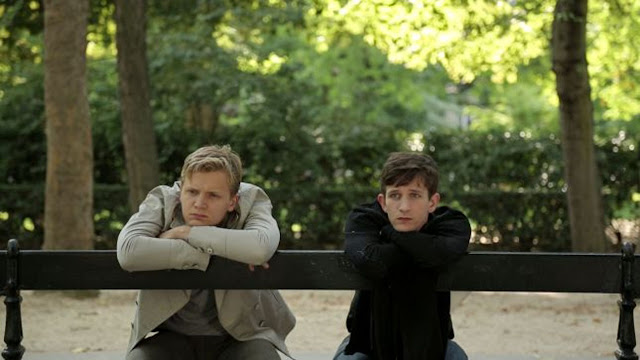 Being philosophy students there are plenty of musings about the nature of mankind going on here that leant Fever a kind of odd feeling to it, the film felt encapsulated in a bubble, this was both enthralling and comforting, the fact that nothing bad happens, coupled with the strangely likeable (yet immature) main characters meant it was pretty relaxing despite the subject matter. The character of Damien reacts by becoming increasingly cocky and self assured, confident that there was no evil in what he did, on the flip side is Pierre who reacts with growing anxiety and paranoia. It was interesting to see these two opposites, and also how they slowly transitioned until both are eventually roughly in the same place, The subplot of Zoe trying to discover more about the two is not as interesting, but it does lead to the best moment of the film, Her character is trapped in a dull marriage and it's like the freedom of the boys actions is a wake up call to her to do something about this fact.

The soundtrack is fantastic throughout and really fits the films tone great and the classic Fever song is played as part of the film with characters encountering it (such as at a gig or on a record). The directing is attractive, while of the acting it all seems good (hard to tell as it is in French). The boys come across as believable, though there is sometimes a slight disconnect between how they are and what they have done. One issue I did have was that sometimes the subtitles were not amazing, at one point it seemed like a line of dialogue wasn't translated, also dealing with deeper subjects I felt I lost some bits in translation.

This whole review has come across a little like a book report, but then this film was based on a novel in the first place so maybe that is fitting, or maybe I'm just tired. Whatever the case I found Fever to be a relaxing psychological piece that while not the most exciting film, or even half as clever as it thinks it is still was a pleasure to watch. Just beware that it isn't really a film suited to this blog on the most part, so if your looking for thrills you wont find them in much abundance here.

Check out the trailer below, it is not really representative of the film's tone though...