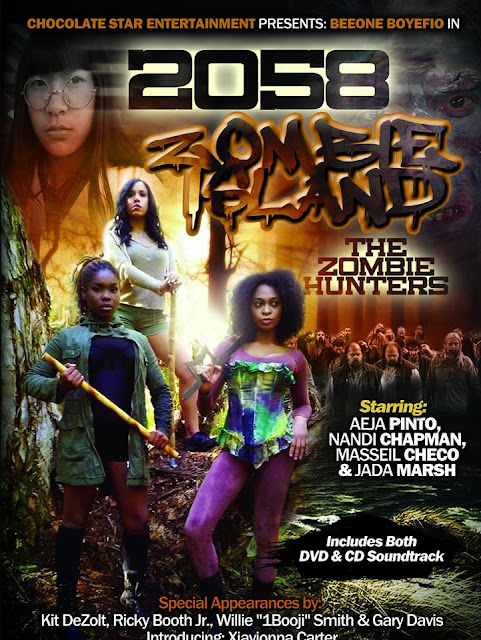 2058 Zombie Island: The Zombie Hunters is a indie zombie horror film written and directed by Gary Davis, it is the third in a trilogy, the previous films being 2056: Escape From Zombie Island (2012), and 2057: Return to Zombie Island (2013). The email I received said this the link for the film was a 'sneak peak' as such I take that to mean the film is not yet finished and so am not going to review this as such but more a long preview. The film is available to watch on YouTube and Davis has said it can be shared so I will include the film after my preview for you to check out.

I hadn't heard of this or the previous films in the series and so plot wise I was pretty much super confused and struggled to make out the back story. An intro sequence tells of how there was an apocalyptic war (the voice over was very hard to understand so not sure of the specifics). The survivors of both sides now work together with one such mission bringing a group of scientists and soldiers to an island of the dead. The head scientist (played by Aeja Pinto) wants to collect some of these zombies (which are actually failed attempts at creating super soldiers) and kit them out with some electronic interfaces to make them cyborgs. 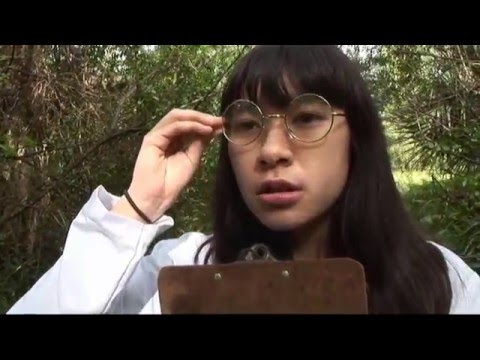 2058 Zombie Island doesn't start off on the best of terms, the initial fifteen minutes has no dialogue whatsoever and just features people walking around a jungle type area being stalked by zombies. I'm not sure what the point of this initial section was even for and it is only when the head scientist shows up that the plot actually begins. This character is played with much gusto by a young Asian woman and while the acting isn't the best the enthusiasm is plain to see and adds to the sometimes B-movie style charm of the movie. She is the stand out character here being ambiguous as to if she's evil or means well. On that note as well it was an interesting story beat having former enemies working together.

A lot of the run time for the film doesn't really feature much going on at all, there are far too many scenes of people just walking around not really doing anything, it seems padded out a lot to get its one hour twenty five minutes run time when some severe editing would make this flow much better. The actual plot itself is very simple and hardly goes anywhere at all until the tower based finale that has a story reason that seemed to come out of nowhere, being appropriate for a movies end but with no hints leading up to this story beat it felt a bit tacked on. This could be due to being the third film in a trilogy, this one doesn't try to explain anything that has happened previously so I don't know how much the viewer is supposed to already know, maybe having seen the other two the random plot threads would make more sense. 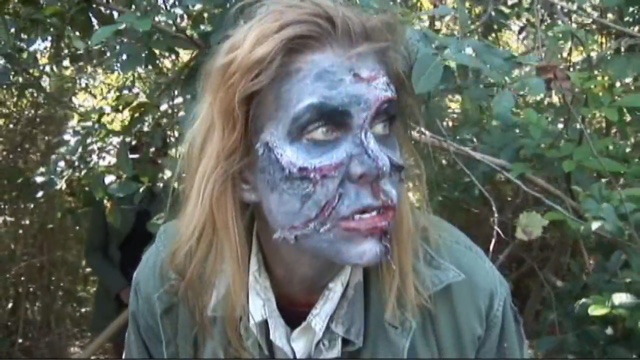 Onto the effects and camera work, now 2058 Zombie Island feels very indie, pacing issues reminded me a lot of the Meat Market films, the actual camera quality is high and there is some CGI used to simulate rain effects. Zombie make up is pretty solid...for the faces at least, seemingly every zombie only has make up on their heads meaning the rest of the body just looks like a normal humans. The zombie genre is one where it honestly doesn't matter if the make up is good or bad, zombies are zombies regardless of the look. Here with the story being these are all super soldiers gone wrong there is a of fighting, sure the undead will eventually feast on flesh, but only if they win their fight. Up to this point there is loads of close quarters combat with feet, fists and bamboo sticks which is probably a good thing as when zombies do get to eat their victims there are minimal effects used to show them eating. While people might not be pleased with zombies that fight the actual choreography is solid with some great looking sequences if a tad over long. Slow motion and sped up effects are used, the slow motion was cool, not so much when the action is suddenly sped up. I thought from the title this would be a comedy but is actually played pretty straight, albeit in a kooky B-movie way, perhaps best summed up when a zombie falling off a structure is blatantly a dummy.

2058 Zombie Island isn't terrible, in fact it was mostly entertaining enough but at the moment the large amount of what felt to be like unnecessary padding really slowed down what should be an action packed fight fest. As far as I'm aware this isn't the finished product so who knows, maybe changes will be made. The preview film is below for your viewing pleasure, check it out and see what you think! Despite any criticisms I have had there can never be too many zombies films.

Posted by Daniel Simmonds at 15:56