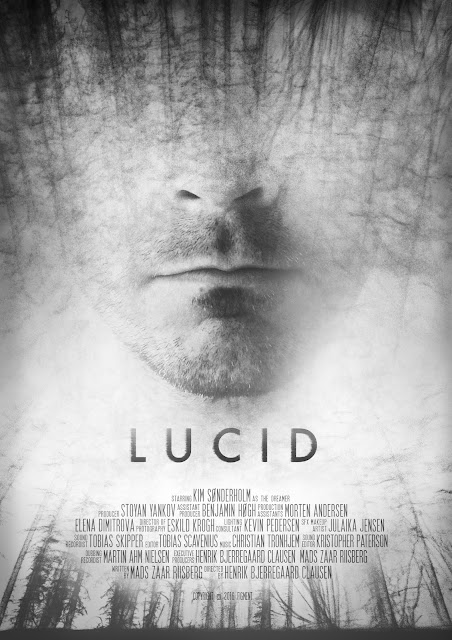 Lucid is a short five minute long horror film that stars Denmark's most prolific actor; Kim Sonderholm (Harvest, Escaping the Dead). The film is directed by Henrik Bjerregaard Clausen and has won three awards, two for best actor and one for best short film as well as a nomination for best director.

Sonderholm stars as a mysterious man who becomes determined to take control of his life, due to the David Lynch levels of bizarreness on offer there is not much more I can say. Parts reminded me of Lost Highway, especially the car scenes with whomping street lights the car passes by. The film is in English though dialogue is mostly kept to a minimum and feels almost art house in style.

Currently Lucid can be viewed on the Ekko Shortlist, on this site films stay up based on how many votes they get so check it out and if you like what you watch give it a rating (here)
Posted by Daniel Simmonds at 09:39