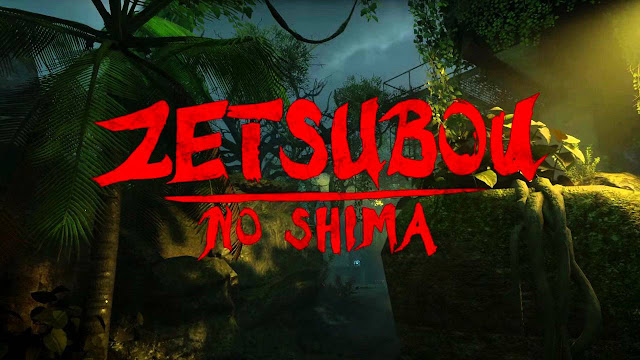 After what seemed like forever finally the second of the DLC map packs for Black Ops III have arrived. Eclipse like Awakening is comprised of four multiplayer maps and one map for the awesome Zombies mode. I have become rapidly aware that I usually do these posts about the new maps long before I have seen even a little of what they have to offer. That was the way with Der Eisendrache as I did not mention the bow or its many alterations at all then. As such this is my initial thoughts about the new map, not a definite deconstruction of it.

Zetsubou no Shima (Island of Despair in English) takes place on a Japanese island which was the base for a research team studying Element 115. The prologue sees the four intrepid heroes (Dempsey, Nikolai, Takeo, and Richtofen) on a boat en route to the island when they get caught in an altercation with Japanese soldiers and end up diving over board. Washing up onto the shores of the mysterious island the search for the parallel dimension of Takeo begins and the game starts... 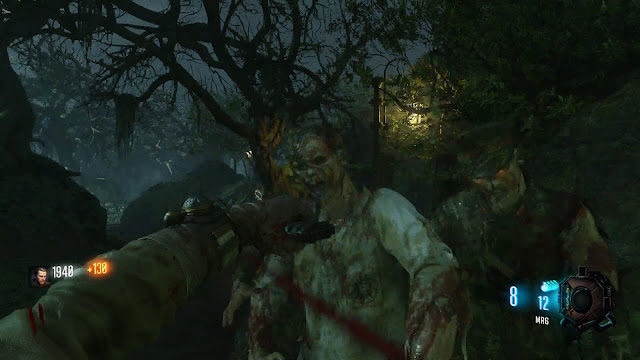 The island is jungle like and features two research stations as well as a bunker. You can collect a bucket which can be used to hold Element 115, to gain access to the bunker you must use 115 in both of the two research stations. The bunker is a large structure with many doors leading into various sections. The pack-a-punch is here but submerged (as of yet unable to get to that) as well as the switch that powers the whole island. In order to use the switch you have to descend under water which triggers a trap where you have to battle the undead under water. This is the first Zombies map to feature underwater sections and there are plenty of them, makes for a cool change as while the zombies move slowly underwater you require oxygen so have to constantly be dipping your head above the surface unless you will drown.

Every five or so rounds rather than battle Hell Hounds you instead have to battle large spiders who spit web at you as well as block off areas with the web which you then need to remove with your knife, to be honest I didn't find these spiders a threat at all, they are easy to kill. Aside from them you also get huge plant based monsters that have glowing orange weak spots like something out of Resident Evil, concentrated gun fire will kill these but they are very strong and able to kill you in a single hit. The majority of the zombies you fight are Japanese military, some are infected with spores which makes you cough and unable to attack for a few seconds. I have heard tell that there is a giant spider boss, but am yet to see this myself. 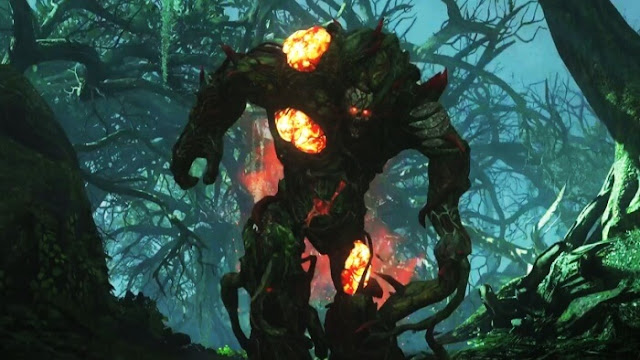 The island is full of traps and secrets for you to use. A ruined temple area features four skulls, each skull must be taken to a different alter on the map and planted. Doing this summons zombies who will try to destroy the skull, protect it long enough and it will be cleansed. I have only managed to cleanse two of the four skulls currently so don't know what happens when that is completed. A crashed planes propeller blades makes for a memorable trap you can use while zombies occasionally drop seeds which can be planted to create plants that operate the same way as in Shadows of Evil, either helping you with weapons and power-ups or hindering you by spawning zombies and grenades. If you water the seed with 115 before it has grown you will get a guaranteed good plant, my favourite type is one which rips the heads off of zombies who get near to it! There are also devices such as a zip line and a sewage pipe that warp you around the island.

Overall as always this is simply a fantastic Zombies map, the design is sublime, I as of yet have little faults with it, if you are a Zombies fan in any way whatsoever then this is another essential purchase, I just wish there was a game solely dedicated to the mode as the thought of only two more maps left to come for Black Ops III makes me sad!