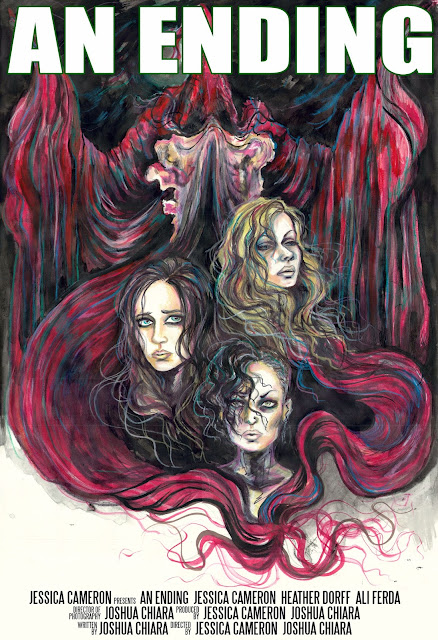 Jessica Cameron (All Through the House, A Grim Becoming) has recently announced her next film; An Ending which she is to produce, co direct (with screenwriter Josh Chiara) and star in. Shooting for this movie which she describes as an 'artistic horror adventure' is to begin at the end of April this year.

Cameron stars as Florence; a woman who awakes in a nightmare world after being rushed to hospital for reasons unknown. In this strange place she meets up with two other women, Collette (Heather Dorff) and Molly (Ali Ferda) who are also trapped. The trio find themselves hunted by a shadowy being and after being separated they all start their own personal journeys through this bizarre hell.

That's all the information I have at the moment, the synopsis sounds interesting and Cameron has worked with Chiara, Dorff and Ferda previously so hopefully that puts them all in good stead to make an entertaining film.
Posted by Daniel Simmonds at 09:49