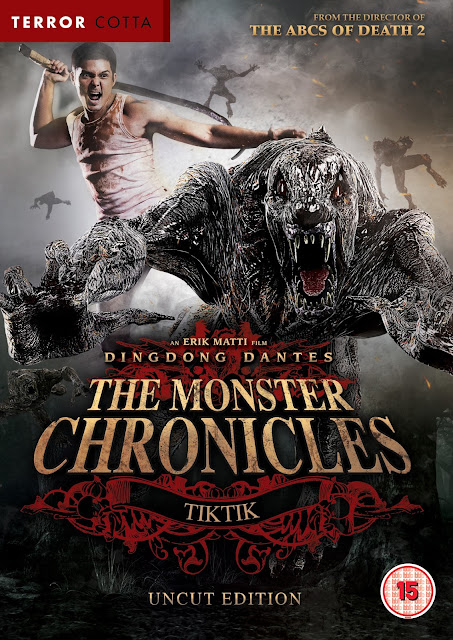 The Monster Chronicles: Tiktik (also known as Tiktik: The Aswang Chronicles) is a horror film from the Philippines that originally came out in 2012 but is due for UK DVD release for the first time very soon. The film deals with the subject of the aswang. I didn't know what this creature was but a quick Google search gave me this: '...A shapeshifting monster usually possessing a combination of the traits of either a vampire, a ghoul, a witch, or different species of werebeast in Filipino folklore'.

Dingdong Dantes stars as Makoy; a young man from the city who has travelled to the countryside in search of his girlfriend Sonia who has returned home to her family after leaving him. When he arrives he discovers she is heavily pregnant but is met with hostility by her and her mother. Her father Nestor (Joey Marquez) invites Makoy to go shopping with him in order to see what type of man he is but whilst visiting a strange remote village in order to buy a pig Makoy upsets the locals who unbeknown to him are secretly aswang creatures. Back at Nestor's home the family come under attack by one of them but with the creatures death events escalate with the beings family wanting to get revenge. Makoy and Sonia's family must now try to survive the night while under siege by the deadly monsters. 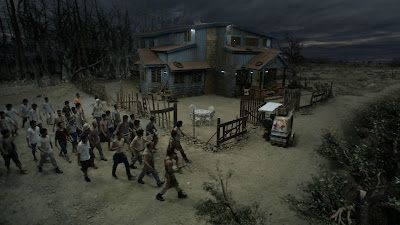 This is in no way a flawless film, it has many problems not least of which is the truly dodgy looking CGI, however the comedic edge and comic book visuals made me fall ever so slightly in love. It starts off well with a cool animated intro credits that features all sort of monsters and when it eventually gets going you get to see the bizarre visuals in the live action setting. Apparently much of Tiktik was filmed using green screen, as such the countryside and locations all looked weirdly fake and dream like, but rather than repel this added to my enjoyment as it carries this well seeming at times to share the comic book style of 300 with desaturated colouring and great use of slow down during fight scenes. This sense of a living comic is also helped by the infrequent use of split angles on screen with thick black borders separating them, usually with these scenes you get to see the same event from two or three separate camera angles all at the same time.

Being a foreign film all the dialogue is spoken in Filipino with English subtitles, I had no problem with the English used, not that there is too much dialogue that is important as the main dish of the film is the lengthy siege. The humour come across well and while not a comedy there are many funny moments. For the first half of the film we have the family fighting against monstrous but humanoid creatures. They have greyish skin and sharp teeth and scurry around on all fours like an animal but are able to talk. They look quite freaky and with the initial group given a lot of personality I really enjoyed seeming them operate. The first big fight with them has lots of awesome slow motion sequences and a lot is done to make these creatures seem powerful. I wouldn't say Tiktik is overly gory but it certainly has it's moments, my favourite sequence had an aswang whose arms got sliced off but kept on fighting, even when it lost it's lower section it keeps fighting, was pretty cool. 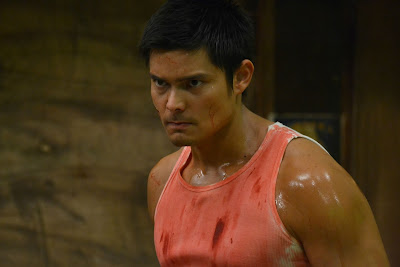 The soundtrack is mostly excellent, occasionally it devolves into generic rock but for the most part the score reminded me of a Western with nice gentle tunes and sorrowful songs that managed to imbue the antagonists with some understanding. At it's core it is family VS family, the bad guys are monsters but on the other side of things they do care about each other and the anguish of the father of the enemy group as his family are killed is plain to see thanks to some great acting. The good guys are ok characters, I came to like them but no one is really faultless with main lead Makoy too cocky and the rest having various deficits. Armed with just salt, garlic and petrol bombs they always seem on the back foot which makes the mid film escalation all the more exciting.

Unfortunately the dodgy CGI that was kept at a distance for the first half is brought to the very forefront in the second part. Here the enemy become CGI monsters who look like they crawled straight out of an early 2000's video game, in no way looking like they fit in the environments, if not for the human actors continuing to do cool looking things (such as Makoy armed with two whips sliding along the ground on his knees as a creature leaps right over him) I would have found this utterly terrible. With a young boy wearing packs of garlic flavour snacks like an ammo belt and firing the snacks out of a blow pipe quickfire as creatures leap at him from every angle I couldn't help but smile, bad CGI be damned. Also at one hour forty Tiktik comes into danger of out staying it's welcome, it is after all mostly one long siege sequence (kind of like Assault on Precinct 13 with monsters). Along the way good people will die and plenty of bad people will die and there is always new stuff happening but I did start to slightly get bored. 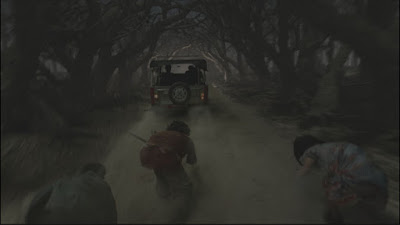 This is a far more entertaining film than it has any right to be, despite bad CGI doing it's best to ruin things I had fun watching this. The mostly sublime soundtrack, the ever escalating plot, and the whole green screen look made this something that is slightly different. Very nearly great but still really quite good. The Monster Chronicles: Tiktik is released on UK DVD on 28th March courtesy of the Terror Cotta label, check out the UK trailer below.