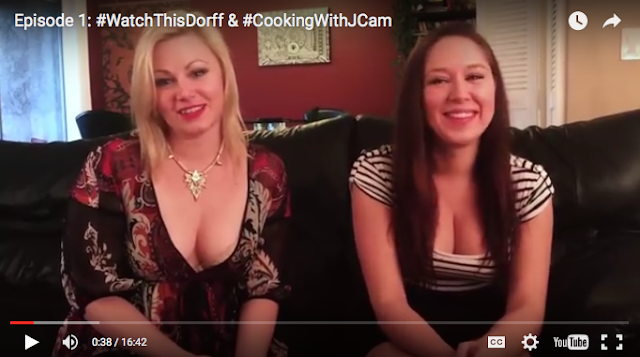 Scream Queen Stream is a web show that premiered February 19th of this year. In the show two 'scream queens' of the horror genre; Jessica Cameron (All Through the House, A Grim Becoming) and her friend Heather Dorff (Truth or Dare, What They Say) get up to YouTube style shenanigans such as reacting to disgusting videos and drinking games with other scream queens.

A new episode is due to go up at 11am every Friday, I assume that's American time seeing as the duo are based in Los Angeles (I believe). In addition to the non horror stuff there is also going to be behind the scenes footage at horror conventions as well as interviews with such people as Amy Hoff, Patrick Robert Young, Powell Robinson, and Jonathan Weichsel.

You can watch the show for free but you can also subscribe via Patreon that can give you exclusive benefits such as private live streams and giveaways. If any of this appeals to you then be sure to check it out.
Posted by Daniel Simmonds at 13:17