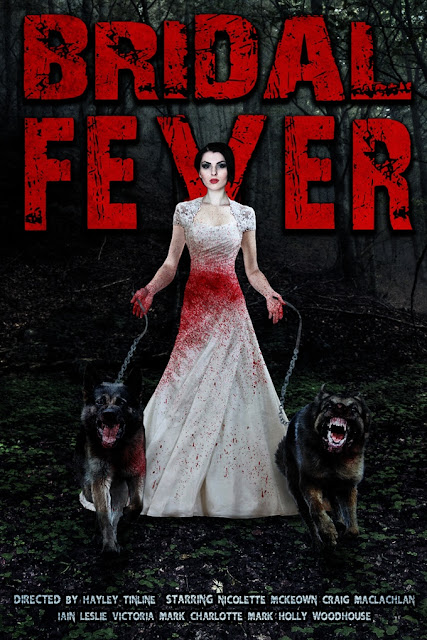 Today there is some Scottish horror news in the form of Bridal Fever which is to be the directorial debut from Hayley Tinline. She has produced the effects for a number of Scottish indies including the fantastic Lord of Tears and interesting looking upcoming horror The Unkindness of Ravens.

Bridal Fever is to be a slasher with a gritty and grindhouse edge, influenced by 70's films such as Black Christmas and Alice Sweet Alice. Hayley wants to use her expertise in special effects to come up with a number of memorable death scenes. After witnessing her husband Stuart (Craig MacLachlan) cheating on her with a new lover, troubled Lisa (Nicolette McKeown) goes literally crazy with rage. Stuart and his friends go exploring an abandoned children's hospital and it is at this location which Lisa chooses to enact her bloody revenge on him and those he holds dear...

In order to get this funded Hayley has created a Kickstarter for the film, but rather than ask for the full cost she just wants to raise a modest £2,500 for make-up supplies with her fronting the rest of the film's cost. Check out the Kickstarter page here if you want to donate or find out more, it has already raised over £1000 with nine days left to go so I wish her and her team all the luck.
Posted by Daniel Simmonds at 11:21