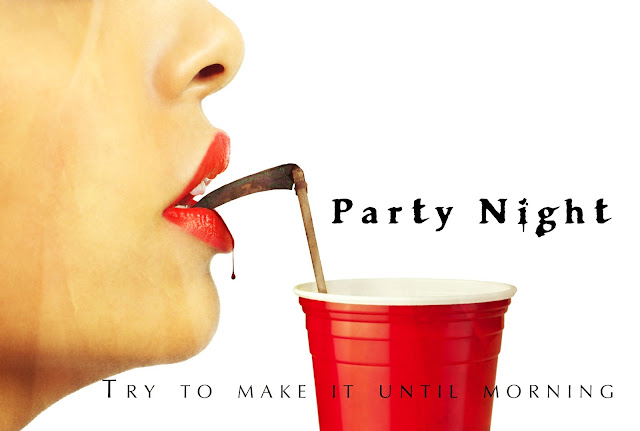 Back in November I mentioned the slasher horror Party Night that is coming from Fright Meter Films, and now I have some more details on it including a Kickstarter campaign that is currently running. The film is the product of Troy Escamilla (the founder of the Fright Meter Awards) and so I am slightly biased, but on the flip side by my interactions with him I can tell he is very passionate about horror so I hope this succeeds for him.

The general plot of the film is that six friends having a party at a remote house attract the unwelcome attention of a sadistic killer. The press release states that what makes Party Night perfect for Fright Meter Films first feature is that it is quite simple in it's structure with only seven characters in the script, and 85% of the film takes place in the one location which saves on cost.

There has been a few new cast and crew additions since last I spoke of this, Timothy Sullins is to direct in his first directing role for a feature film, while some cast members have been chosen in the form of award winning Tommie Vegas (voted Best Actress in the PollyGrind Underground Film Festival of Las Vegas) playing Molly, Billy Brannigan, Holly Seymour, Ryan Poole, and Anthony Nolte in a minor role.

As I said a Kickstarter campaign is running, it is due to run until 10th March with a goal of $10,500 hoping to be raised. So far with 31 days to go $869 has been attained, as incentives there are a variety of rewards on offer starting at the tiny pledge of just $1. If you want to check out the Kickstarter page then head here. Anyway check out the teaser trailer below and see what you think.