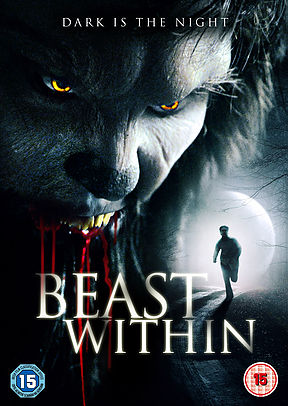 Beast Within looks like it is from the werewolf genre of horror films judging by the new UK trailer for the movie. It is written by Daniel Robins who also directs alongside Mark Rapaport and it stars Gene Jones.

After a tragedy in his childhood claimed his parents Jack is raised alongside his cousin and best friend Brandon. When Jack turns eighteen though he starts to suffer a series of bizarre sleep walking episodes; constantly waking up naked in the woods with no memory of what has happened. Finally he decides to strap a camera to himself and doing so shows him a horrific secret that has plagued his family for generations...

I'm not that keen on werewolf films, there hasn't really been any really good ones, even the classics such as An American Werewolf in London I think are just ok. Still Beast Within could possibly be the film to change my view. Beast Within is released on digital platforms 29th February, and comes out on UK DVD on 14th March courtesy of Solo Media, check out the trailer below...

Posted by Daniel Simmonds at 08:09