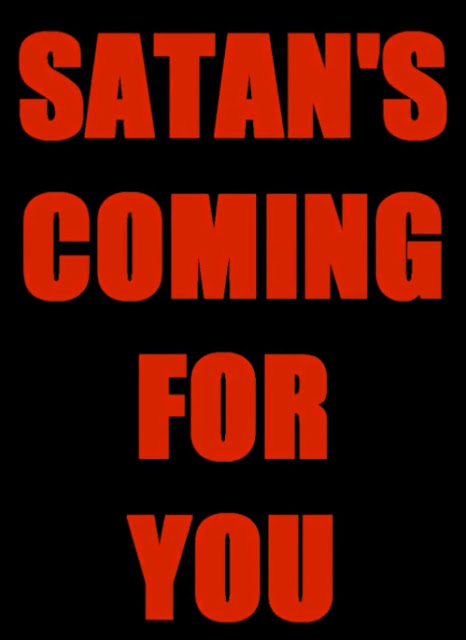 Last December I mentioned upcoming short horror My Master Satan which is coming out sometime this spring, and in exciting news is going to be a full length anthology now. That film is actually a sequel to Satan's Coming For You which was released 2015 and so I felt a review of that was in order.

Satan's Coming For You shows a day in the life of two psychos; Bubba (Matt Marshall) and his friend Alister (Dakota Bailey who also wrote and directed this short). Starting off with a visit to a cemetery to dig up Bubba's deceased wife the duo then take some acid and during their trip see Satan and so decide to go out and kill in his name.

This twenty minute short looks very indie, if it is anything like My Master Satan then it would have been filmed on VHS. Much of the film has a yellow filter that coupled with the amateur look reminded me quite a bit of Acid Head: The Buzzard Nuts County Slaughter. As a piece of film making it is pretty solid, taking into account the indie nature I did enjoy this. A lot of the film focuses on Bubba, he speaks of awful things and does bad things yet he has such a mellow voice that I found it hard to dislike him. The matter of fact mild way of talking fitted the character well, an over the top manic type character I would have found more off putting. Alister is very much in the sidelines, acting as a sound board for Bubba, when he does talk his voice sounds artificially deepened which went well with the slightly surreal tone (I received an email from Dakota who confirmed his voice is actually naturally that deep, that's cool). 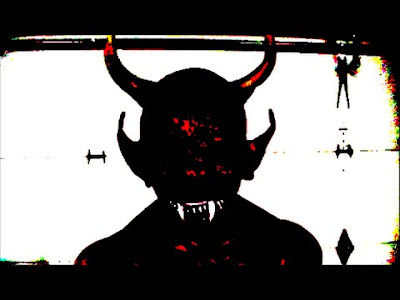 The acid trip itself which sees the visit of Satan was interesting to watch, Satan had some subtle effects and a nice colour filter to him, and I found the '666' and pentagrams that appeared on screen amusing. Editing is not bad, and the script bizarre but entertaining, the biggest problem for me was the sound quality was a bit odd at times, and the music used (some sort of death metal) was not my sort of thing but it is the main characters sort of thing I guess.  Also when the characters are introduced there was an obvious spelling mistake that I can't tell if it was intentional or not, while the text font used seemed very unoriginal.

Overall I enjoyed Satan's Coming For You, I liked the basic look of it and found the characters more interesting than I thought I would. The film is on YouTube so I will embed it below so you can check it out if you so wish.

There is also a new trailer for My Master Satan;