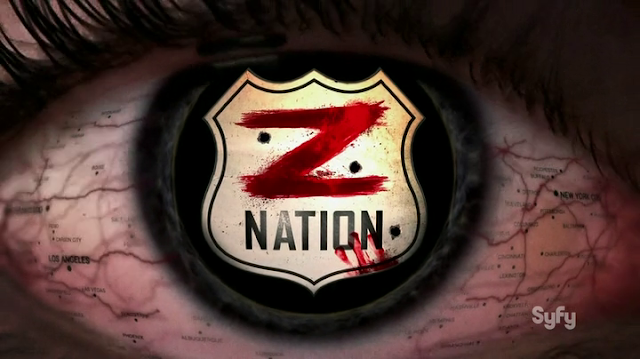 When I first started watching season one of Z Nation I really was not impressed in the slightest, I felt it was boring and stupid with too many unlikeable characters. Yet by the end of the season I was completely hooked with its refreshing lack of desire to take itself too seriously and by the never ending slew of original ideas for zombie drama. With a cliffhanger ending I was pumped for season 2 and just hoped it would carry on blazing the path of madness. There will be spoilers for season 1 and no doubt mild season 2 spoilers here.

The show picks up almost immediately where the first ended with a panicked Murphy having accidentally triggered the launch of nuclear warheads to key locations around America. The gang (made up of Warren, Doc, Mack and 10K) manage to escape the base they are at, with Murphy and a now zombified Cassandra also fleeing. Citizen Z who was also bombed manages to survive but at the cost to the integrity of his base, in a last ditch attempt to help he puts out a broadcast on all frequencies requesting the capture and delivery of Murphy in exchange for a huge reward. This message sets up the basis of the series with seemingly everyone in existence hunting for Murphy... 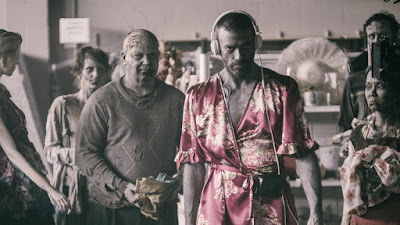 A better season than the first as this time around there is not a single bad episode to be found, some are better than others but even the worst are still watchable and have their moments. After the season opener things get really action packed with second episode White Light that has a small town turn into a war zone with various gangs all fighting each other while also hunting for Murphy. This introduced new core character Vasquez; a bounty hunter with a tragic past.  This character I never really got to like, unlike most the others he was played a bit too straight and so for me was a bit dull. Murphy on the other hand just gets better and better. He has far more humour this time around and his new look (grey skin) makes for a lot more silly situations. He also gains the moniker 'The Murphy' which I just found to be hilarious. He still has his powers for controlling the undead but with a new breed of radiated ghouls (known as Blasters) he is not as omnipotent as previously. Here though he is far more comfortable and enjoying his role as the zombie messiah such as a scene in a strip club where he makes undead girls dance for him.

Doc is still hilarious with some of the best lines, 10K is still inherently likable, and Warren is still not a bad character but I did hope some of the other less good ones would change. I had two most hated characters in season 1 so it was good that not all the main cast survive. Mack and Addy are still whiny, though least with the loss of her dreadlocks Addy is more easy on the eye. I never like how she's supposed to be some sort of tech genius as this just feels so forced whenever a situation comes up when she has to use her skills. Cassandra kind of got painted into a corner as the feral half zombie she becomes and I didn't really see what the plot writers would be able to do with such a uncomplicated person. The biggest disappointment is that Citizen Z (DJ Qualls) has a much reduced role. His base is in ruins and he finds himself desperately fighting off a small squadron of zombified soldiers which leads to some great dramatic scenes but he is hardly in this season at all. He appears in about six or seven episodes out of the fifteen and even then he has little screen time. Even in a smaller role he is a fantastic character though and I will be interested to see what he goes on to do. 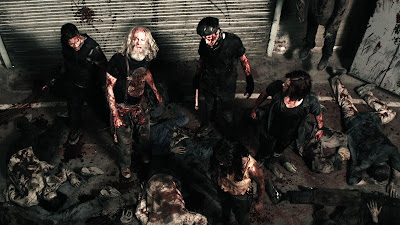 Like season one usually each episode takes place in a different part of America with all the silliness you would expect. There is a raft ride down the Mississippi (Down the Mississippi), apparent alien contact at Roswell (Rozwell), a meet up with native Americans at the Grand Canyon (We Were Nowhere Near the Grand Canyon) and even a two parter trip into South America (Party With the Zeros and Adios Muchachos). You get a Mad Max: Fury Road inspired episode in Zombie Road, a huge cheese wheel is released in a call back to the Liberty Bell scene of season 1 that gloriously mows down huge swaths of undead who then get stuck in the perpetually moving cheddar. Elsewhere you have Z-weed; the post apocalypse's favourite new drug made from plant based undead, a guest appearance from George R.R Martin playing a rotting version of himself (The Collector), Doc killing the undead whilst in the midst of an Iowaska induced out of body experience, and the return of the awesome zomnami (an unstoppable horde of thousands of ghouls). I love the sheer variety in the zombies this season, especially with the zombie animals, from my memory there is a zombie camel, rabbit, rat, goat and sheep all making hilarious appearances while the season one animal highlight; the zombie bear is mentioned in passing in a laugh out loud scene. On the human ghoul side you get such joys as a bus full of Abraham Lincoln look a likes and a whole carnival of costumed dead

Plot wise the main aim is still to deliver Murphy to California but now there are a lot more antagonists with the main new one being Escorpian; a reoccurring South American cartel member who leads a gang of skull mask wearing thugs. There are still many episodes that could be seen as stand alone ones, the gang arriving in a new location, solving a episode specific problem before moving on. None of these are bad though and that's the main thing, in total I would say there are three episodes that are merely good rather than excellent. There are some really exciting moments included here, the finale as expected led to a whole host of cliffhangers, while elsewhere the constant zombie battling never lets up, the opening to episode twelve in particular looked so epic that I thought for a while it was actually the season finale! There is a new plot element in that Murphy has started to think of the zombies as his people and so there is the beginnings of a divide in his character over whether he wants humans or the undead to be ultimately victorious, I hope this is explored more in season three. It was also a nice touch to see an episode devoted to showing some back story for each of the main characters, Doc's in particular was great. 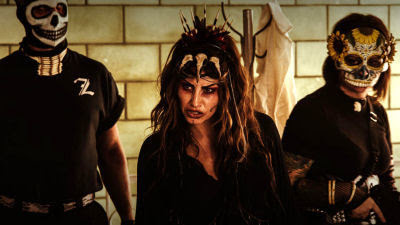 Z Nation: Season 2 is superior to season 1 which in itself was pretty solid, there is just nothing out there quite like this, frequently funny, full of bad-ass characters in exciting situations and with a well of ideas that never runs dry this is essential for any one who calls themselves a zombie fan.