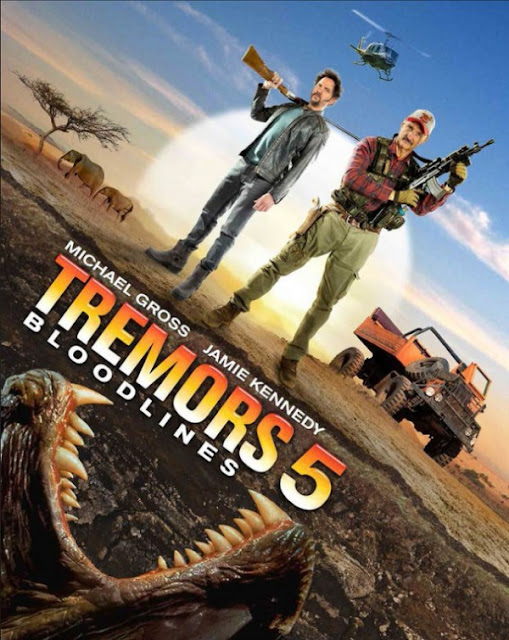 I have always had a soft spot for the Tremors films and while none have ever matched the Kevin Bacon led first in the series they still have not been bad films. Tremors 4: The Legend Begins came out over ten years ago and was a prequel so I didn't know what to expect from this new entry in the franchise.

Burt Gummer (Michael Gross; the only actor to appear in all five films as well as the short lived TV series) now works as a professional monster hunter who is called to a wildlife preserve in South Africa along with his new cameraman Travis (Jamie Kennedy) by Erich Van Wyck as it is feared the monsters that have plagued Gummer before have appeared in the area. In the Tremors universe the monsters of the piece go through three stages, there are the Graboids (huge worm type creatures), Shriekers (bipedal beasts), and finally the Ass-Blasters (who use their internal gases to fly), it is the Ass-Blasters who are thought to have appeared. With Van Wyck's motivations not being at what they first seemed, and with the South African monsters having evolved differently it is up to Gummer and Travis to save the day. 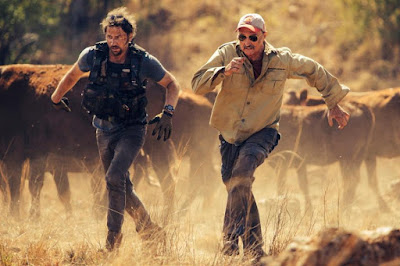 I have to admit that I got quite bored at times during my viewing of Bloodlines, there is a plot that is patchy at best with no real excitement to be had. Several times I thought it was all over just for another plot thread I had missed taking over. The main antagonist only makes it about halfway through the film, while the goal to destroy the beasts nest is quite sedate. This is also quite  a stereotypical look at Africa with lots of shots of wild animal herds, tribal dancing and much made of how tough everyone in the continent is. Some brief amusement early on with Travis mistaking everything people are saying as racism but on the whole he is not an interesting side kick. A visibly older Gross is fine in his reprisal of Gummer, he really has the character locked down and has some bad-ass moments but there is no real development for this man. His most bizarre scene comes when he is locked in an animal cage out in the heat, a weird montage of him drinking his own urine, ranting, and getting peed on by a lion, seemed to serve no real purpose at all.

It seemed this time around that the monsters were all CGI rather than a combination of puppets and computer. I have seen far worse CGI and there was enough detail but it still wasn't a hundred percent perfect, maybe ninety percent. There are no Shriekers in Bloodlines, instead just the other two. Initially it is the Ass-Blasters who are the main foe, they are slightly different (I believe) as they attack during the night. There are a couple of decent scenes with these including a night time chase when a character is snatched by one, and a brief homage to Jurassic Park that takes place in a kitchen. The second half of the film revolves around the Graboids whose CGI is not as great, they bring up a load of dust when they attack which was decent enough but their new more lithe design wasn't anything special, though the fact their tentacles can now detach and operate as small snake type creatures was a decent idea. 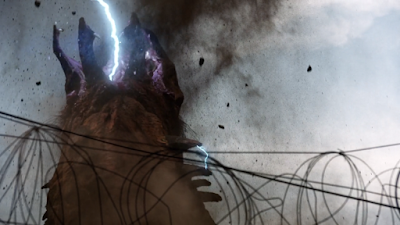 There is a lot of action and a lot of guns fired but a lot of the time they seem to have no force behind them with bullets not seeming to even exist. A later gunship firing computer generated rockets looked kinda terrible but at least there is plenty of gunk people get covered in when the creatures explode. The acting is all fine enough but there is not a single stand out performance with a lot of the cast just being caricatures.

Tremor 5: Bloodlines is an ok film but it just doesn't have enough ideas going to make it constantly good, it isn't exciting enough or fun enough to sustain my interest in it's 95 minute run time which is a darn shame.