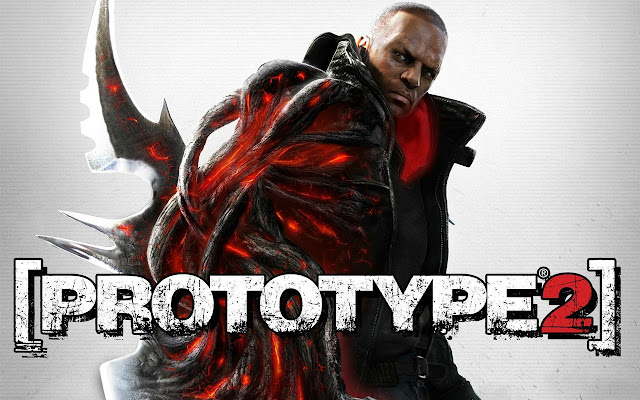 Back in 2010 I played through Prototype which is an open world horror game set in New York after zombie apocalypse erupts. In that game you played as hoodie wearing Alex Mercer who has gained monstrous powers that lets him absorb humans letting him see their memories, as well as turning his body into a deadly weapon. I did enjoy it but felt it got far too hard and frustrating. Maybe Prototype 2 will learn from the mistakes...

Prototype 2 takes place three years after the conclusion of the first game, you play as U.S Marine James Heller who returns from a tour in Iraq to discover his wife and daughter have been killed after a second zombie outbreak in New York. Figuring Alex Mercer is to blame the solider tracks him down but is easily defeated by the super being, yet rather than kill Heller, Mercer instead infects him, turning him into a mutant like him. Mercer then tells him that he wasn't the one who started this new outbreak, it is instead an evil organisation called Blackwatch who are using the chaos as a way to test out new strains of a mutant virus. Full of anger Heller sets out to destroy all those to blame for his loss. 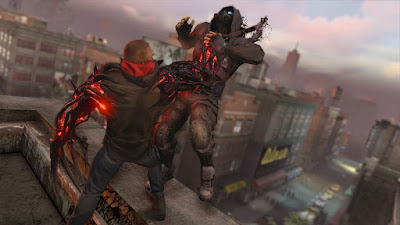 Thankfully this is quite the fun game in comparison to Prototype, you start off with more abilities than at the start of that game, instantly able to glide, and run up the side of any building, while the ability you have to possess any person you get a hold of is much more free, I seem to recall there was some sort of time limit before, and that it was easy for enemies to detect you but here I spent pretty much ninety percent of the game in disguise, the machines that detect you are very lenient. You start off with super human strength, no one is able to beat you, by the games end I was crazily super powered, the enemies did not level up with my increased health and powers and so the game was an absolute cake walk on normal. If I had to choose frustration and challenge over fun and easy I know which side I would pick.

It's a good thing you are empowered so much here as to be frank the mission design and locations you go to are all pretty darn awful with far too much repetition. For the most part missions are all similar and task you with doing a handful of things. You either have to go to an enemy base and infiltrate it or cause chaos, do a time limit based challenge where you have to collect air drops, or kill a particular target, these make up the majority of both the main story missions as well as the many side quests and did tend to blur into one. A couple of more interesting missions occasionally take place, the most memorable has you undercover piloting a copter picking up Blackwatch scientists from dangerous hot spots, as you collect them they chatter about their depraved human experimentation they have been doing. Once you have got them all your mission to escort them is changed to fly as high as you can and then bail out the copter to leave them to die due to Heller getting sickened by their revelations; was quite funny. 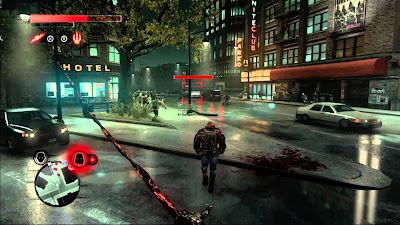 While you are basically a super hero the man you play as is a very unlikeable protagonist. Heller is a writhing ball of fury who starts the game angry and never calms down. He swears and shouts at friends and foes alike and so during the many times he ends up getting betrayed by his allies it wasn't so much a shock twist, more a natural conclusion to Heller being so belligerently aggressive. From a story point of view there is just no justification for Heller to be so angry at people trying to help him, it makes you hard to care at all about his plight. The story is awful, just plain awful, twists are used as a means to move on the plot but I just did not care and actually found it to be quite funny and ridiculous how poe faced much of it is. Cut scenes use a bizarre black and white aesthetic that reminded me of Sin City (only blood shows up as an actual colour in the cut scenes) and so it was quite hard to make out anything that was happening. It's kind of interesting that Mercer has turned a lot of the Blackwatch main command into his mutant puppets but his main goal is pretty traditional.

You actually have two different enemies to battle during Prototype 2, the same as the first game there are zombies and mutants along with soldiers. This leads to plenty of fun moments with you and the other two sides all fighting each other. The soldiers are mostly just fodder with the occasional copter and tank, on the mutant side you get some quite huge bosses that are gigantic in size and must be ripped apart. There are three sections of the city you can travel to, starting off in the orange zone this has a mix of soldiers and zombies with it being where the general populace are situated, mainly living in shanty towns, it's where the second outbreak first occurs. The next area you go to is the green zone where the wealthy and the soldiers are based, this obviously has far less zombies but a lot more soldiers. The final area is I believe one that was left over from the first outbreak. This red zone has nearly nothing but hordes of zombies alongside ruined buildings. Each area is open world and roughly the same size, you gain the ability to travel between the three but even with the prospect of collecting more collectibles (that increase your powers) I never went back once the plot had moved me on. Same as the first game the exterior locations all look great and have plenty of detail to them, while the interior locations are huge grey boxes that seem like they were designed by someone who has never been inside a building in their lives! 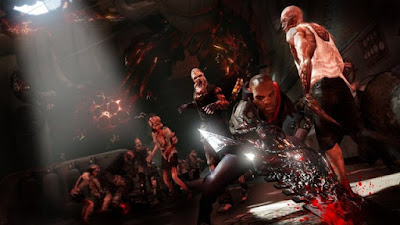 Heller gains a lot of super powers during the roughly fifteen hour game. Traversal wise as well as glide and run up buildings you get an increasingly better jump, it is so much fun to leap hundreds of feet into the air, a great way to get around! You start off with a blade arm and later get a whip arm (fast but weak) and a stone arm (slow but powerful) among others. You also get cool powers that let you instantly destroy a copter or tank with the press of one button, it makes the game super easy but so much fun, this really is a power fantasy. Aside from an instant kill type power up the final ability I can recall is one that lets you summon mutants to fight by your side.

While the story really sucks, the main character is annoying and the game far too easy I actually had a load of fun playing this, it's popcorn entertainment, something where you can leave your brain at the door. It looks great, has a great soundtrack (that I actually brought) and with the amount of useful collectibles (everything from giving greater plot to granting new powers) there is a lot to do here, just don't expect it to stay in your mind long once it's finished.