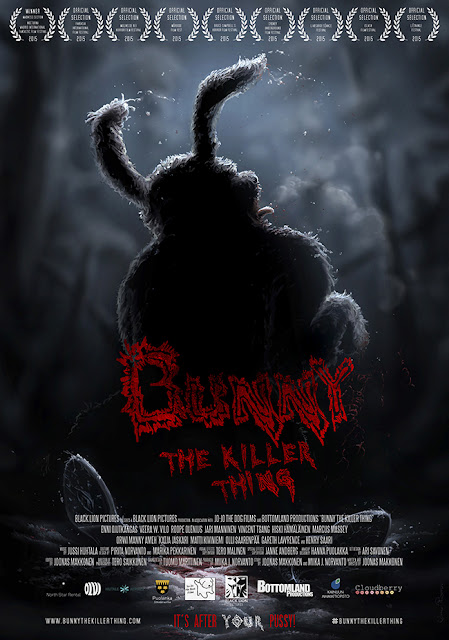 Anyone reading from outside of America; this wont really apply to us at all as this is U.S.A based news, however with a trailer to share and being a Friday it seemed like a quick and easy post to do!

Toronto's Raven Banner and US based distributor Artsploitation Films have picked up the rights for a stateside Blu-ray/DVD release early next year while FilmRise will be doing the VOD release. Artsploitation's Ray Murray says of the film: "Depending on your view, Bunny is either a horribly offensive film wallowing in scenes of rape, nudity and sexual depravity or is a hilarious, inventive and blood-drenched spoof of monster movies. We hope most will side with the latter". If that sounds like your thing then be sure to check it out.