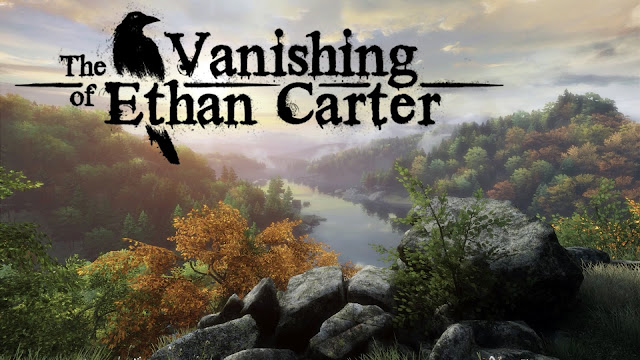 Hot on the heels of Everybody's Gone to the Rapture I started The Vanishing of Ethan Carter; another similar game that originally came out in 2014, but then got remade and released earlier this year for Playstation 4. The game is a horror based adventure that has you exploring a lonely vista.

There is not much of an introduction, you are thrust into the game as Paul Prospero; a paranormal detective who arrives in Red Creek Valley, Wisconsin in the 1970's after some fan mail by 12 year old Ethan Carter who lives there troubles him (psychically troubles him maybe?). The place is deserted and through your travels in search of Ethan you discover that the boy seems to have awoken an ancient evil known as The Sleeper while exploring an old burnt down house. This being slowly starts to possess his family one by one leading him to flee. 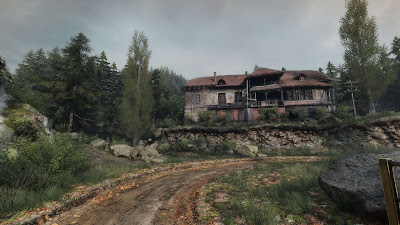 Compared to the slow zombie like shuffle of Rapture it was a huge breath of fresh air to discover that Paul has a run button, and this is no slow run, it's pretty much a sprint. Now this was a god send to be able to fly around the beautiful environments so quickly but on the flip side I felt like I was charging through the game, not really stopping to take in the locations I was passing through. It really would have doubled the length of the game if I had been forced to walk as this is a large place with zero load screens.

I'm afraid this review is going to be constant comparisons to Rapture but it can't be helped. The Vanishing retains a realistic look with the countryside, dam and lakes looking really beautiful, the few houses are fully explorable and set out in a cohesive fashion. Though it does look great by coming from Rapture it is a downgrade, it is more noticeable where the level is fitted together, while the angular rocks and cliff edges that hamper you from leaving the linear world seem more artificial. It's not Final Fantasy XIII levels of linear but you are pretty much funnelled down a rectangular path from start to finish. A later section set in maze like mines seemed a bit out of place and too game like in it's layout but overall the locations shine, I loved how you can pretty much see the whole game world no matter where you end up, with no load times it felt quite special. Sure Rapture featured no load times either but that world was always confined roads and fields with little opportunity to see where you had come from and where you would be going. This in comparison at times feels like a real location. 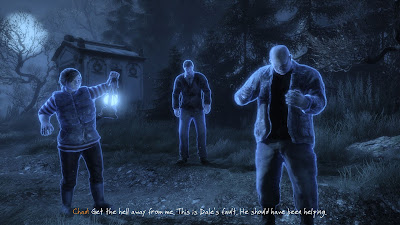 There are actually game play elements here that make this a far more interactive experience. Ethan is an avid writer of stories and spread throughout the world are interactive elements that than reveal themselves to be imaginary stories. In the mines for instance you have to avoid a zombie like figure while gathering clues to open up a magical gate, in the forest meanwhile you end up on a bizarre chase after an astronaut. While strange these parts are quite fun and can actually be quite creepy as all have slightly sinister overtones and pop up from nowhere. The other gameplay comes from murder scenes spread throughout the valley. In several locations you discover corpses and by using your psychic powers you are able to piece together the victims final moments. When you have gathered enough clues you get snippets of the past that once you have arranged into the right order reveal flashbacks that move the story forward. These parts unfortunately are let down by one thing; the acting.

The voice acting in The Vanishing truly stinks, the voices are abysmal and reminded me of mid 1990's levels of terrible. It is hard to get invested at all when every single actor, maybe with the exception of Paul comes across as so fake and full of over acting. I can't stress enough how much these sections ripped me out of any immersion I had built up. The only good thing about the acting is it made me appreciate just how fantastic it is in Rapture. 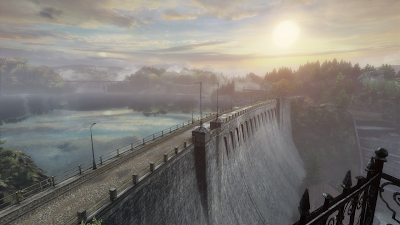 Now I did enjoy The Vanishing but I wasn't able to get over the acting, or the fact that the eventual reveal of the plot led to nothing special at all, it is a bizarre mix of feeling too game like and feeling like a real living world. I would say it is certainly worth a play but feels quite short and never able to grow the occasional twinge of horror it provides into anything solid, in the end the lack lustre presentation is it's biggest enemy.