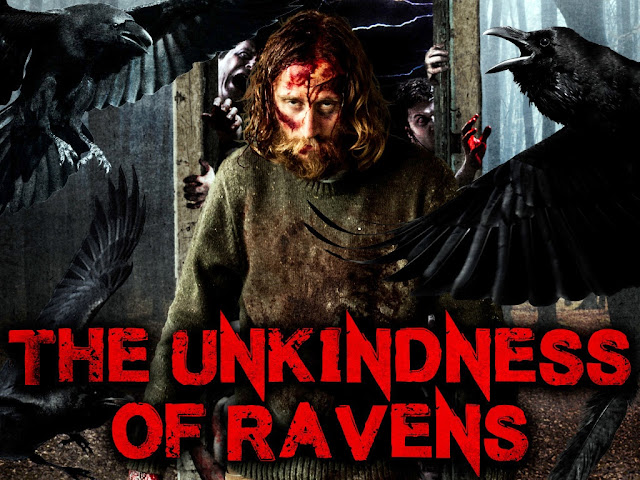 I am actually pretty excited by this news for upcoming Scottish horror The Unkindness of Ravens. It is to be directed by Lawrie Brewster who did 2013's memorable Lord of Tears; a film that has stuck with me ever since I first saw it despite some small issues I had. Lawrie describes this new film as "an intense horror/fantasy film that's kind of (a) cross between Apocalypse Now and The Evil Dead."

Jaime Scott-Gordon (who had an integral bit part in Lord of Tears) stars as Andrew Alburn; a homeless army veteran suffering from PTSD. His flashbacks he has are full of ravens and so he travels to a remote Scottish retreat hoping to overcome his fear of the birds. Being a horror nothing goes to plan and Andrew ends up not only battling his own inner demons but also that of demonic birds. 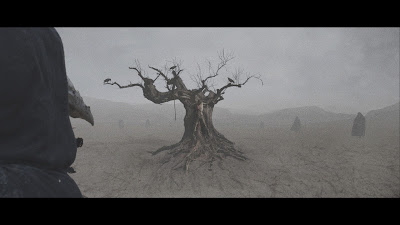 I loved Lord of Tears, it felt like a Scottish based Silent Hill, from the intriguing synopsis this too sounds like it is going to be just as messed up, I liked the almost art house style of directing Brewster did previously so hope this follows suit. In the trailer (included below) it seems Andrew stumbles across some sort of raven worshipping cult/raven creatures as there are plenty of figures in black with birds heads, it also features a lot of war scenes which I assume are going to be shown as the flash backs Andrew has to deal with.

Other influences stated for the film are the Hellraiser series, as well as others such as cult classic Jacob's Ladder, the press release states one intention of the film is to explore the horrors of war on the mind. Also included below is a prank video featuring the raven soldier people. Now I never know how 'real' these prank videos actually are but this one in particular had me laughing my head off so is worth a watch regardless.

The Unkindness of Ravens has received endorsements from such people as Tom Holland (Fight Night, Child's Play) and Brad Miska (V/H/S), and there is currently a Kickstarter campaign going to get the funds required to make this film. There are a series of rewards on offer on the page including posters and T-shirts as well as deluxe copies of the movie. If you wish to donate some money the page is here, currently it has raised £19,769 of it's £40,000 goal and has 16 days left to get to it's target. If all goes well The Unkindness of Ravens is due to be released summer of 2016.