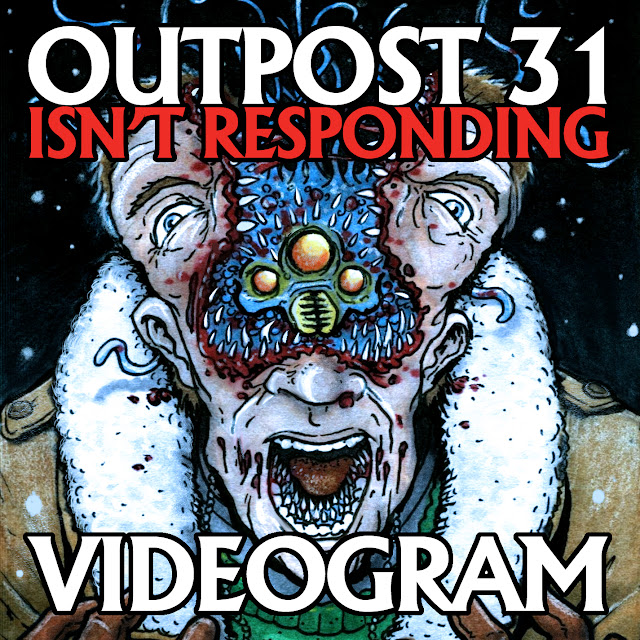 I love Magnus Sellergran's work under the Videogram name, he makes beautiful synth filled tributes to the exploitation and horror films of the 1980's. Back in September he released a new single which is a tribute to John Carpenter's classic remake of The Thing.

The single features two tracks which are both inspired by the film and were originally intended for the new Videogram album Pre-Cert (out now) but came to be released alone. First track Outpost 31 Isn't Responding is five minutes of nostalgic bliss, the influence of the films main theme is obvious and so the synth beat and constant drums conjured up images of the ill fated science station in my mind. Second track Antarctica at two minutes is over all too soon but is another track full of mournful synth and repetitious beat that is a fun listen.

The art work is by U.S artist Van Davis, you can check his site out here if you like what you see. The single is out now on Bandcamp (here) for the cheap price of $2, while his other work, including his new album can also be purchased there. Outpost 31 Isn't Responding is also available on iTunes for £1.58.
Posted by Daniel Simmonds at 08:55