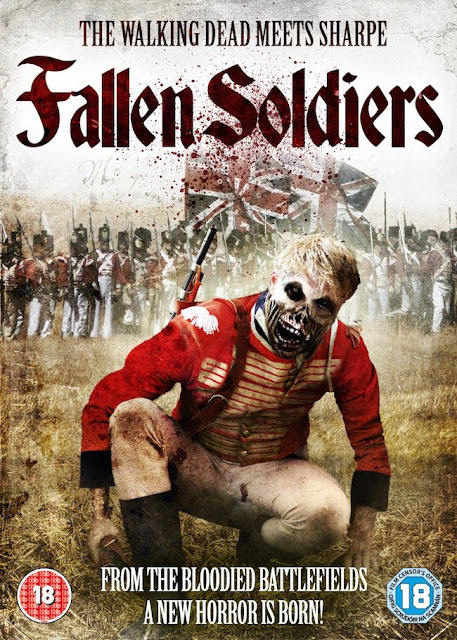 Fallen Soliders; the final film of this years UK Festival of Zombie Culture was also unfortunately the worst of the bunch, a poll was conducted in the run up to the event with four different films to choose from, I'm pleased to say this wasn't my choice, though to be fair none of the four choices looked particularly interesting.

It takes place in 1815 in France where the British are at war with the French forces and starts with British deserter John Cross (Matthew Neal) hijacking a coach that contains a Belgian noble couple; Celine and her husband. His goal is to make it to a British dressing station as he has an urgent message to deliver. Along the way via a series of flashbacks he reveals his horrific experiences in order to convince Celine of the importance of his mission, but will she believe his outlandish tale? 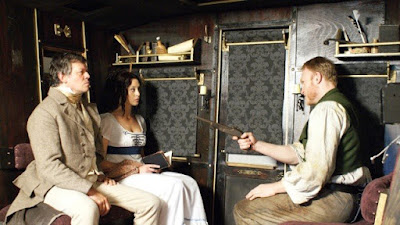 The problem with having any zombie film set during the 18th Century is that I can't help but make comparisons to Exit Humanity which is one of the best zombie films ever made and also set in that Century. The camera quality in Fallen Soldiers is just not there though, it looks low-fi and while everyone looks the part it just felt like a made for TV movie rather than a credible piece. The British side have a range of mockney accents which I found to be quite off putting and made every single character annoying to me, Neal himself is well cast though and while I didn't think his character was that great he is certainly the best actor to be found here. A prisoner he encounters later on in the film who has important exposition to give for example was so over the top and manic that it was faintly ridiculous, but the main antagonist was strong at least even if he got very limited screen time.

The next problem encountered is that there are not many zombies to be found here at all, I think it was a good twenty minutes into this that any appeared and in total I think there were around five or six in the entire film. When you do get zombies they are not bad visually and do feature in some cool scenes such as one where Cross and his soldier friends are locked in a prison wagon with a zombie woman, which then manages to get knocked down a hill causing all sorts of chaos. The main enemy base as with all the other locations is quite small and non descript, you never really get to see much of anything, visually dull you could say, not really taking advantage of the surroundings it is mainly set (apart from the wagon Cross tells his stroy from) in large fields. 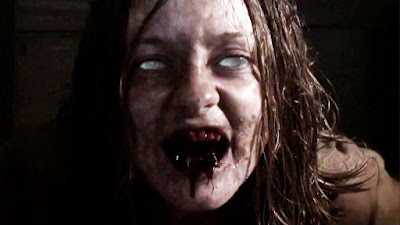 Fallen Soldiers had the bad timing of being shown a day after the horrific real life events in Paris and so my anti-French sentiments were at a record low, this made the portrayal of the French army as the bad guys feel a bit in bad taste. Cross and his friends give out no end of insults to them, though again on the flip side with a later twist implying possible British involvement in the zombie uprising it is not all one sided in it's damning. Mostly the French soldiers appear wearing iron masks so they have less identity to them than even the undead.

It is certainly not all terrible though, there was a fantastically directed sequence at a French check point that felt like it wouldn't be out of place in a Quentin Tarantino flick, lots of tension and long awkward silences, meanwhile the plot does at least try to do something different and has some interesting twists and turns along the way that took me by surprise, though again going back to Exit Humanity the way this provides exposition pales in comparison to the beautiful hand drawn story sequences used there. Also I seem to remember the blood effects were pretty cool, especially one scene where a zombie suspended from the ceiling has it's throat cut open with plenty of visceral gore flowing. 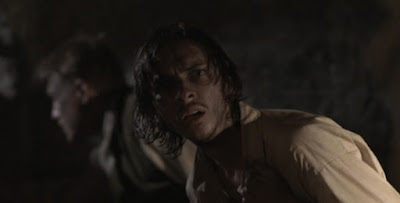 If Fallen Soldiers had not been the last film shown at the festival I am sure I would have had more time for it, but as it was it was a poor end to an amazing day. Not that it really could never be called anything more than average even seeing it in the optimum conditions. If your after historical zombie films then sure check it out, but other than that there is not much reason to see this.