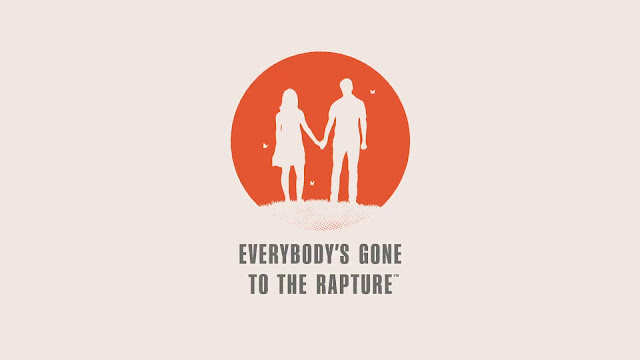 Well first off this isn't really horror as such but it is very apocalyptic. Aside from Gone Home this is the first so called 'walking simulator' I have played. That game took place just in one large house, Everybody's Gone to the Rapture takes place in an English village and it's surrounding areas so was much larger in scope.

You play as an unknown person who finds them self in the fictional village of Yaughton in Shropshire. For reasons unknown it seems that you are the very last human on Earth, or at least in the local area. As you explore you find clues that point towards Yaughton being sealed off from the outside world due to some type of flu epidemic, and that over time the residents one by one began to vanish. You encounter ghosts/echoes in time of the occupants of this place who play out scenes from the past, and by adventuring you slowly piece together the tragic events that led to the apparent Rapture. 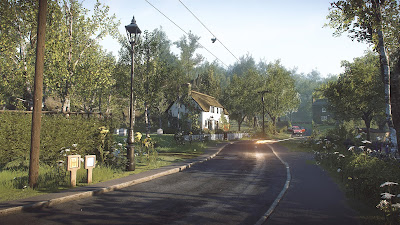 Being a walking simulator it wasn't odd that aside from the light based flashbacks you are the sole inhabitant in the game. At times this became kind of creepy and I would find myself looking out of windows or down lanes fully expecting to see someone watching, but this never happens. Initially I really loved this exploration, the village is authentic and going into peoples homes they really did seem like proper places with period furniture fitting the 1980's setting. There is a lot of set dressing to create a sense of this being a lived in place. Many buildings, and rooms in buildings are locked off, I get this makes sense from a design point of view but sometimes it seemed a bit odd and took me out of the experience, also assets are reused quite a lot which couldn't really be helped. Later when you leave the initial village I did have more problems, you can only walk, and it is not a fast walk at that, and so slowly plodding along fields and long country roads was a bit of a hassle. Thankfully later on you get back into more dense areas such as a holiday park and another small village but the lack of a run button did grate on me, as well as the painfully slow pace you move at.

So what do you actually do in Everybody's Gone to the Rapture? Well it is split roughly into six different chapters, as you work your way clockwise around the linear world (linear but feels open enough that you never feel confined) you encounter the 'spirits' of six former key residents. By following their light trails you get to see snippets of their lives as well as their eventual fates. Starting off you follow a priest; Jeremy who it is inferred has done something that makes him question his faith, later you follow a local farmer, and a few others including the main characters of scientists Stephen and his American wife Kate (these are the genesis for the apocalyptic event). Mostly Kate's story is told via radios hidden around the game, she has locked herself in the observatory after a big discovery. Stephen meanwhile pops up throughout the game in many flashbacks, his is a more desperate story as he races around the area trying to find a way to save the day. A lot of his story is also told via telephones that are hidden around the world. Apart from walking around you don't actually do anything, there are no puzzles, no combat, just lots and lots of walking. 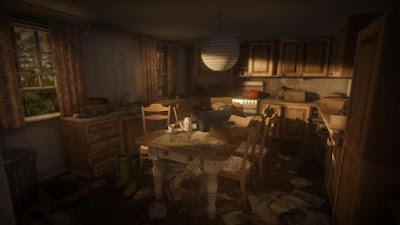 The game looks simply stunning, not photo realistic but at certain parts of the game if I squinted it really could pass for reality. The game world is full of ambient noises creating a natural sound for the exterior locations, the soundtrack meanwhile is  a bit random at times, fittingly melancholic and hauntingly sad at places, other times it all goes a bit hymn based sounding but is solid enough. The majority of the game takes place in day time, and the world is dazzling with sunlight bouncing off the world. Occasional flashbacks take you to night where the sky is full of thousands of stunning stars. Later on in the game it starts to rain, roads and objects get suitably rain soaked, and it all sounds great, the actual rain itself doesn't look amazing but it does the job. This is certainly a gorgeous looking game.

it is hard to go into the main plot, by the title I imagined it would be about religious apocalypse though that's not entirely accurate. The over arching story is pretty solid, the voice acting is pretty decent, authentic English accents, I really enjoyed Stephen's plot in particular. The sub stories of which there are many deal with infidelity, alcoholism, death, and lots more traditional soap opera type story lines. These were engaging enough and made more interesting in the way events do not play out chronologically, it requires the player to fit together all the pieces in their head. As I found out it is also entirely possible to accidentally miss some of the story beats, you are not punished for not exploring and so out of the six story lines there were two (I believe) I inadvertently did not see to conclusion. The problem is you move so slowly that often I would not want to explore too much out of my way in case it led me nowhere. Saying that I did have a fear of missing out on key events constantly so I could never really soak in the atmosphere as I was always worried I had accidentally skipped key scenes. 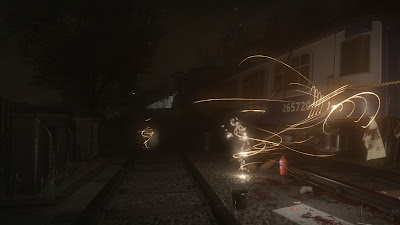 By the end I felt kind of satisfied, but the slowness of my walk was a issue which will no doubt put me off replaying for a while. The game does look beautiful and has a sometimes expertly told story that is very sad with some really powerful moments that occasionally nearly reduced me to tears! I did feel the lack of any real engagement from you as the player was a shame though as you just feel like a total observer rather than a living breathing figure. Everybody's Gone to the Rapture is definitely an experience though and one that has haunted my thoughts in the few days since I finished it.

Posted by Daniel Simmonds at 12:06