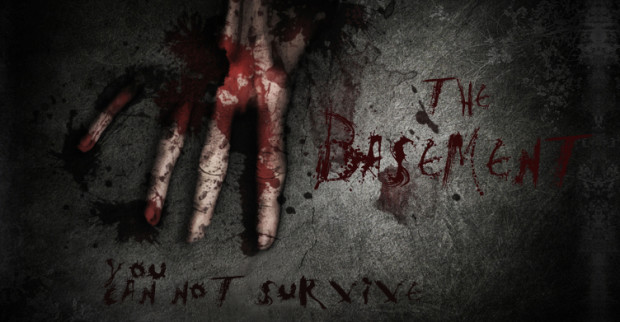 I was recently contacted by Laszlo Illes about an Indiegogo campaign that is currently in progress for his hoped for horror film The Basement that he is going to direct, write and produce . Illes describes the film as an 'independent, high quality, and super scary UK horror film'. It is due to use actors from Hungary and the UK and would be Illes's first international feature film.

Set in Budapest a group of international students are having a house party at some flats to celebrate the end of their exams. With the party shut down by the police there are only a few stragglers left, one of which suggests to the others that they try and perform a seance for fun. Not long after doing this strange things start to happen and the group end up investigating odd noises coming from the basement which up to this point had always been locked. Once inside the real horror begins and the friends must try to survive whilst trying to find a way to escape the now locked basement.

On the Indiegogo page there is a three minute teaser trailer that features the friends performing a seance in the basement as well as discovering a screaming demonic/zombified woman (teaser included below). There was plenty of blood and jump scares, it didn't look bad. The campaign has so far raised $3,376 of it's $25,000 goal but with 42 days left to go there is still plenty of time. While The Basement will be low budget (with an estimated 80% of the film taking place in the titular location) an ideal place has already been found, a video on the page shows this in more detail and if the film matches the creepy location this could have promise.

There can never be too much horror and Illes certainly seems to be passionate about this project so I wish him and his crew all the best. If you feel like this is something you want to help make happen then visit the Indiegogo page to check out more details and donate, the page can be found here.