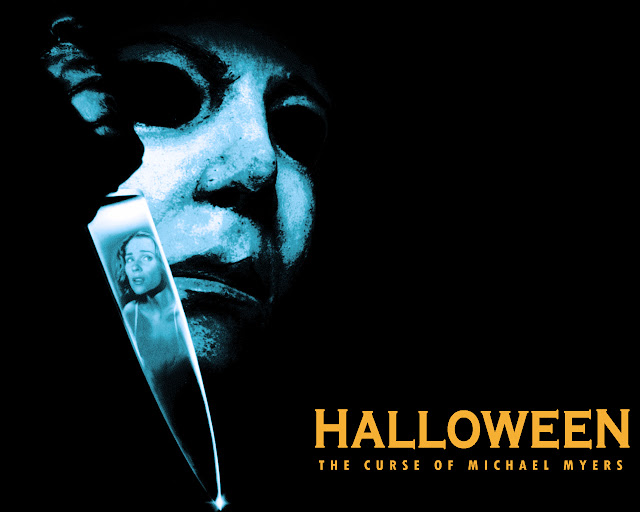 So Halloween: The Curse of Michael Myers is the sixth film in the series, but the fifth to feature the mask wearing slasher Michael Myers. I have seen it many times before but it was only after seeing it today I realised what an utter mess it is. This had a troubled making with many of the actors in it disowning the movie due to the innumerable changes made, and the terrible editing. Interesting fact; the title was suggested due to the extreme problems the cast and crew encountered during the filming.

Curse is set six years after the events of Halloween 5: The Revenge of Michael Myers. Michael Myers and Jaime had been presumed dead in the massacre at the Haddonfield police station (which ended that film) but had actually been secreted away by a mysterious cult. All this time it turns out Myers had been controlled by this cult in order to fulfil a ritual that will ensure prosperity (or something barmy like that). After Jaime gives birth to a boy a cult nurses conscience gets the better of her and she helps the girl and her baby escape. However Myers is hot on their heels and it isn't long before he has finally murdered his niece, but the baby has been secreted away and is discovered by creepy Tommy (a survivor from the original Halloween). Tommy teams up with Dr Loomis (Donald Pleasence) and Kara (whose son has been targeted as the next Myers) in order to finally stop the killer. 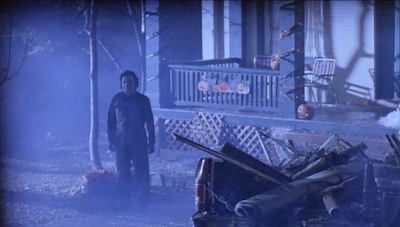 This is by far the most gory Halloween film yet, there is a lot of blood spilt in the many death scenes, one character is even literally exploded into bloody chunks by the masked killer. The series is not known for its gore so it is a shame that the awful director Joe Chappelle felt that this was what was needed. Much of the blame for the hot mess this film is has to lay at Chappelle's feet. The original draft was far more psychological but he wanted more excitement leading to a film that literally makes zero sense at times. Chappelle's greatest crime though is to cut out significant chunks of Dr Loomis's screen time as he felt the character was boring. Loomis was the bench pin of the series up to this point so seeing him cast deep into the side lines is a huge shame. Here a visibly older Pleasence (who actually died in real life before the film was finished being shot) has lost a lot of his manic energy and is given a script that is very poorly written.

A lot is done to provide Myers with a reasoning behind his anger and indestructibility, the whole cult sub plot with him having been groomed as a killer since long before he first murdered his sister was quite interesting, it is just a shame it is handled so poorly. The aspect of Celtic runes and rituals was also interesting but gets so little screen time that it makes little sense. Throughout Curse it is painfully obvious were the film has been chopped and cut, the most glaring example of this for me was a scene where Loomis and Tommy have been caught in a trap by the cultists at a house, then suddenly next scene they are outside with a few throwaway lines about being drugged to explain how they somehow are now free. Nothing makes sense, the antagonists motivations are so baffling, Myers obviously cannot be controlled, the concept that all he ever needed to do was kill his family is made ridiculous by the hundreds of people he has murdered throughout the series, and just who was the father of Jaime's baby? 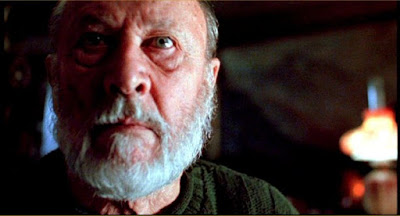 George P.Wilbur plays Myers this time around and the character is at his most ineffectual, within minutes of the film starting he has already killed two people sure but he manages to get beaten up by a woman armed with a poker, later beaten up with a metal pipe. Meanwhile off camera he gets time to do some clothes washing, while one of his victims taking a shower is first handed a towel by the killer before being sliced up! He doesn't really intimidate at all, he is far too stiff and there is just no menace to him. The highlight would be him using a hapless doctor as a battering ram to knock down an iron gate. Meanwhile the ending is just plain ridiculous and is so abrupt. A character for literally no good reason decides to head back to where the blatantly not defeated Myers apparently lays, then there is an off camera scream and cut to credits.

Nothing about this cut of the film works, there is a bit of enjoyment here for sure but the energy is gone, the plot is bananas and the editing totally ruins Curse. Out there somewhere is a producers cut that apparently is a hell of a lot better. Curse's script went through 11 different drafts, while the entire last third of the film was completely rewritten on the fly by Chappelle (including the bizarre non ending). A prime example of too many cooks spoiling the broth, plain baffling, there is no other way to explain this. I hope to one day watch the producers cut as it sounds far better than the theatrical release. For all my complaints if you have been locked in this far into the series then you will find pleasure here, Hell, I still enjoyed it but still recognise this as a poor entry.