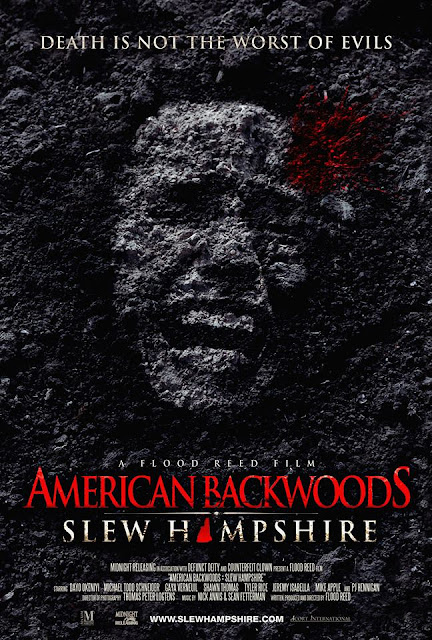 I first watched and reviewed (in draft) American Backwoods: Slew Hampshire last Sunday, and I had planned to put up my review Tuesday, however it vanished off Blogger and so I find myself today having to rewrite my review and try and remember what I wrote. Slew Hampshire is an indie horror that was written, directed, and edited by Flood Reed.

It is Kid's 18th birthday and so to celebrate, his friends Buddy, Dude-Guy and Bro (Dayo Okeniyi from The Hunger Games) decide to drive him out to a secret strip club that Bro's creepy linguistic teacher tells the boys about. However on the way to this alleged strip joint the group end up kidnapped at the hands of a bunch of murderous raping rednecks. As if this were not bad enough a band of roving Norse wild men also enter the scene, and soon the four friends find themselves hunted by both groups as they try to find a way to escape the madness. 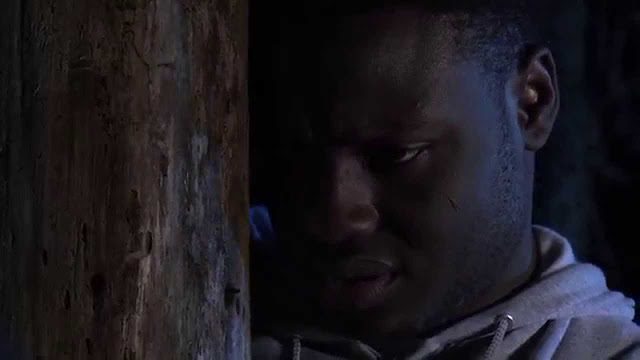 This is a really weird film, or rather the world that the film occurs in is a strange one. Long before the chaos starts there are just plain surreal landscapes the friends exist in. Dude-Guy is constantly slapping his friends in order to annoy them but keeps nearly making the car he is in crash (and indeed does cause a crash at one point), While looking out his dorm room at Uni, Bro sees first a gay busking duo quickly followed by a mean looking clown, while his linguistic teacher is very odd indeed. The initial first third is actually pretty decent, I enjoyed this strange land and the bizarre mix of characters who would fit right into a League of Gentleman episode. Meanwhile the set up of the four getting kidnapped by perverted hunters felt well done and took me by surprise.

The middle part was were I felt the film slipped for me though, there did not seem to be too much happening with lots of talking occurring. This is no fault of the actors as they play the part of hunters and wild men well. The hunters have slightly more to them than just crazed rednecks, one in particular being a Gulf war veteran put in a compelling performance. The introduction of the Norse wild men made things just a step too off kilter. They speak a strange language which isn't subtitled and so for lengths of time I was watching angry men pulling silly faces while babbling, it did have a slight sense of Monty Python to it, but also left me confused as to what the whole wild man sub plot was even about. It sometimes all goes a bit art house at times, one bit in particular that had a poem being spoken by an old man over scenes of carnage stuck out for me. 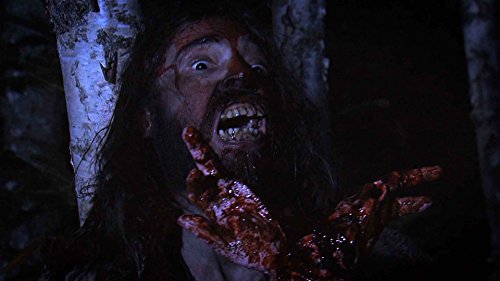 Things pick up again for the final third and seeing the character resolutions was pretty decent, Kid's ending the right amount of suggested horror, while Buddy had a laugh out exchange for the last part of his role (to paraphrase "No, you like juicy!"), you had to be there but trust me it was hilarious and well done. Throughout there are plenty of nice practical special effects, lots of blood and guts, enough that Rue Morgue praised it for having the goriest scene of the year. A couple that stood out for me was one where someone gets their insides ripped out their stomach, intestines and all, another gruesome one where one of the rapists deservedly got his penis bitten off, both had fun effects to them.

There is some subtext for the two groups of crazies being as they are with a throwaway line Bro says earlier in the film about people living apart from society evolving/changing due to the isolation, but other than that the plot is pretty brittle, obviously for horrors plot is not always needed and the justification for the friends being up in the wooded mountains was sound enough. Slew Hampshire isn't a scary film, and due to the odd main 'heroes' I found it hard to really care about their predicament as none of them were particularly likable. There is lots of strange conversations but they are expertly paced with such weird lines that it brought to mind the surreal talks from the original Silent Hill Playstation game, not a bad thing. Also good was that it was heroes vs wild men vs redneck hunters, so at different times the groups all battle each other, none of them seem too worried about their well being, in this fake world life is cheap. 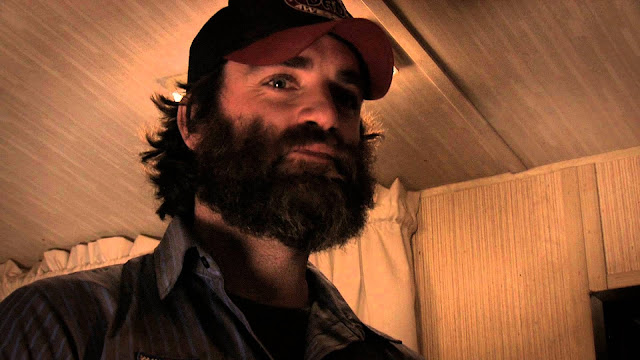 Overall American Backwoods: Slew Hampshire wasn't a bad film, it had a lot going for it, and quite trippy in places, but the lack of empathy I had for the main cast, the meandering middle, and the confusion over the wild men sub plot was slightly off putting. It is hard to deny the fast paced sometimes schizophrenic editing appealed to me though, gave the film a spark of life and urgency. American Backwoods: Slew Hampshire was released on internet VOD (video on demand) platforms back in June, is out on DVD and, is due to be released on U.S Cable VOD, so if you are after something bizarre then check it out.