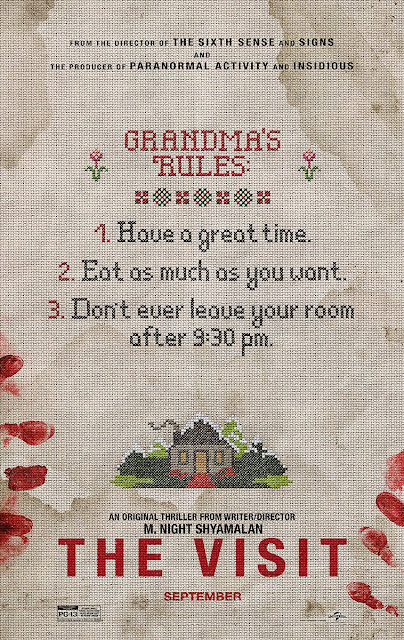 The Visit is the new film from M. Night Shyamalan (The Sixth Sense, The Village) who is obviously well known for his twists he includes in most his films. The trailer for this was slightly creepy and so I was almost looking forward to this,

Becca (Olivia DeJonge) and her younger brother Tyler (Ed Oxenbould) are off to spend a week with their grandparents who they have never met before due to their mother and them not being on speaking terms for fifteen years. Becca decides to chronicle their visit so that she can make a documentary for her mum to watch when they return. Their grandparents both exhibit strange behaviour which they put down to them being old, yet as the week progresses more and more unsettling events happen that lead the two siblings to start to believe they might be in real danger. 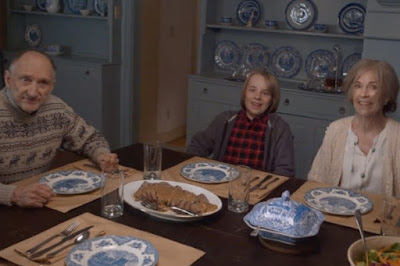 To get the worst thing out the way first...this is a found footage film; the bane of the horror genre, when done right this genre can be rewarding, but if not, well you get this. Shaky cam that made me feel nauseous, tedious scenes of the brother and sister hanging out speaking as if they are border line geniuses (maybe they are meant to be, that is never addressed) using all the big words, and a plate full of jump scares thrown into view. The most horrific aspect of The Visit was Tyler's free style raps that pop up at least three times and made me nearly cringe myself all the way out of the cinema.

Being a Shymalan film it is impossible not to immediately try and guess the inevitable twist, I guess that is half the fun of his films but from around fifteen minutes in the twist is so heavily signposted throughout that you would have to be a moron not to figure it out. It was super obvious and so when the reveal comes there was no surprise at all. 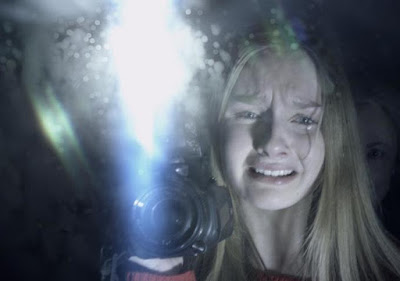 The trailer made this seem like it was going to be a horror but this is a damp squib of one with it coasting along in the shallow end of the pool of terror. Things with potential to be scary happen; Becca getting locked in an oven for instance, but these immediately then fizzle out into fake scares with no pay off. It takes place over five days, each day with it's own title card and featuring the classic day and night cycle, but rather than the terror slowly ramping up there are maybe one or two slightly bizarre things each day, I had imagined The Visit was just starting slowly but it just never goes anywhere in terms of thrills. The finale is the film at its most dramatic but this managed to feel tacked on due to the change in pacing.

The grandparents; Nana and Pop Pop have the best actors of the piece in the form of Deanna Dunagan and Peter McRobbie, the kids themselves are ok, irritating at times but they work with the lines they got. The stand out performance is Dunagan whose character is the best thing about The Visit, she is great at acting as an unsettling crazy woman, one creepy part sitting in a rocking chair laughing hysterically at nothing, another time bursting into camera shot screaming; she gives a real unhinged performance that gives some life to what is otherwise a stale film. All the scares here came from her, a commendable performance. 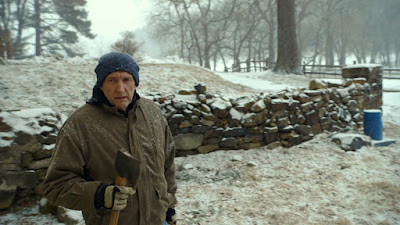 There are so many ridiculous plot holes in place that are never explained, I can't get into them for fear of spoilers but basically the whole film could have been avoided if one simple thing had happened. I had a feeling nothing bad would happen to the kids, movies don't usually let that happen and so even when things got more intense I wasn't worried about their safety. It also bugged me that no matter what Nana and Pop Pop did, either one of them, or the children's mum via Skype would just dismiss it as them being old, there's only so many times you can fob off crazy action (such as being naked and scratching at the walls and crawling around on all fours) as just down to old age.

I didn't enjoy watching The Visit and to be frank it felt like a waste of my time, found footage is an easy genre to mess up and I didn't even get the occupation of figuring out the plot twist due to it being shoved down my throat really early on. I cannot recommend this as anything worth watching, not even for Dunagan's mesmerising performance.