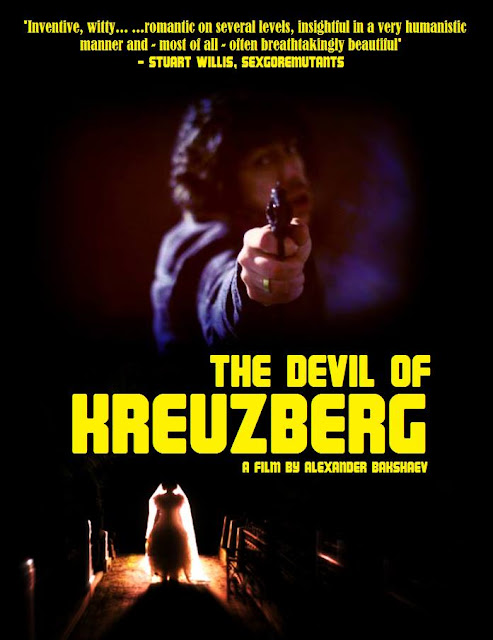 The Devil of Kreuzberg is an indie film by Alexander Bakshaev that was filmed in Berlin, he has described it as 'modern Gothic'. Bizarrely one of his previous films Bittersweet was actually filmed in Northampton; my home town; small world!

Linda Karnstein is going through a difficult patch with her boyfriend Jakob who is repeatedly suffering nightmares in which she kills him. These dark dreams are slowly turning him insane and to make matters worse his intensely loyal best friend Kurt is a murderer and so doesn't bat an eye lid when Jakob orders him to kill Linda in a bid to end his restless sleep. On the outside it looks like he is the bad guy, but a sub plot involving a family curse of unspecified effect that has plagued Linda's family for generations makes it seem maybe he is just a pawn in a more powerful game. 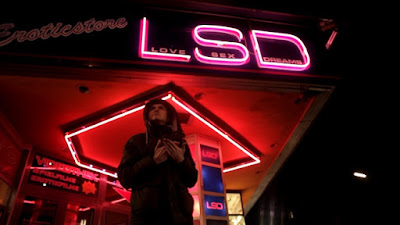 The Devil of Kruezberg is very arty and with many art house style films the plot is ethereal at best with flailing tendrils of plot. This has a very 80's vibe to it, especially with scenes involving Kurt hunting down targets for Jakob in Berlin's red light district which gave me a remembrance of the oddity that is ex video nasty Driller Killer. The eighties feel is also helped along fantastically by the great synth soundtrack that would have fitted in any exploitation films of that time, it even sees fit to add in what sounds like free form jazz at one point!

There are two distinct parts to this movie, the parts involving Linda, and those concerning Kurt. Linda's parts are by far the weaker of the two as a supernatural element is attempted to be forced into proceedings, a lot of this was confusing and I felt more could have been added to these parts, especially as the overall run time of The Devil of Kruezberg is around 45 minutes and so a little bit more explanation would not have hurt. The far better part features Jakob's best friend Kurt (played by Suleyman Yuceer), he is the true star of this film, his character by far the most interesting one. A protracted mellow chase scene in a deserted parking garage features lots of great shots for this intriguing killer. By far the best part of this film has to be an amazing dance sequence at around the halfway mark that has Jakob and Kurt dancing crazily for over two minutes, I have actually re watched this scene about twenty times now, I was that amazed by it! If I were to review this based purely on that hilarious dance scene this would score a straight ten out of ten from me. 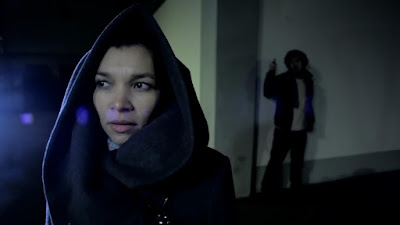 This is mostly in German with clear to read English subtitles, the dialogue is minimal anyway and doesn't really make much sense. I really enjoyed the more exploitation elements of this; the grimy dark rain swept streets and solid chases but when it comes to the actual horror then that felt too under developed. Also I appreciate this is an indie film but there are zero practical special effects used, violence of what there is is either bloodless or happens off screen far enough that you don't see anything. I don't really mind that though. The films finale seemed like there was a scene missing from it and was all a bit odd.

If this had focused on the relationship between Kurt and Jacob and re thought out the whole supernatural storyline then I feel this would have been all the better for it as the two parts do not mesh together well. As it is though this has some solid directing and a great soundtrack as a certainty and that's something.