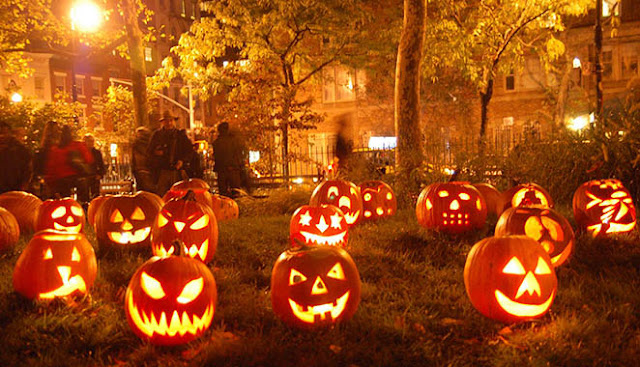 The scariest month of the year is coming up and as always I want to do something to celebrate this spooky month. Last year I did a blog post for all 31 days, this year I wanted to do something different and films was the idea.

At first I wanted to watch a film for every day of the month but that isn't practical as I don't have the time, I have instead decided to watch one every other day of October, starting on the first and ending on the thirty first, sixteen in total. I have a rough list drawn up but that will change depending on what films come out at the cinema and what films I get asked to review.

Currently the films I will most likely watch include They Live and The People Under the Stairs in tribute to Rowdy Roddy Piper and Wes Craven who of course sadly died this year. I also want to get through the rest of the Halloween films, I have previously reviewed Halloween, Halloween II (both the originals and the remakes) as well as Halloween 4: The Return of Michael Myers. I also wanted to include some ones from long running series such as Hellraiser, Children of the Corn and Leprechaun. Lastly as my blog is called The Rotting Zombie I want to fit in some zombie ones, Wyrmwood: Road of the Dead and Zombeavers as definite.

Anyway that's the plan I have at the moment so look forward to sixteen days of terror...and fifteen days of anticipation/nothing. As an aside each year the Halloween decorations in shops get removed earlier and earlier in preparation for Christmas it seems. Tesco (a big super market in the UK) to their shame last year actually took down all their Halloween products and replaced them with Christmas products around 5pm on Halloween itself, utterly ridiculous!

As I'm doing a general post then may I also remind people that they can join my Facebook page, follow me on Twitter as well as subscribe to my bare bones YouTube channel. I also very occasionally broadcast live commentary-less gameplay on Twitch. To finish included below is the video of my Rift match on Destiny that I bafflingly did amazing at when I usually really suck (I recently went over 20 games in a row without a single win!).

Posted by Daniel Simmonds at 08:44