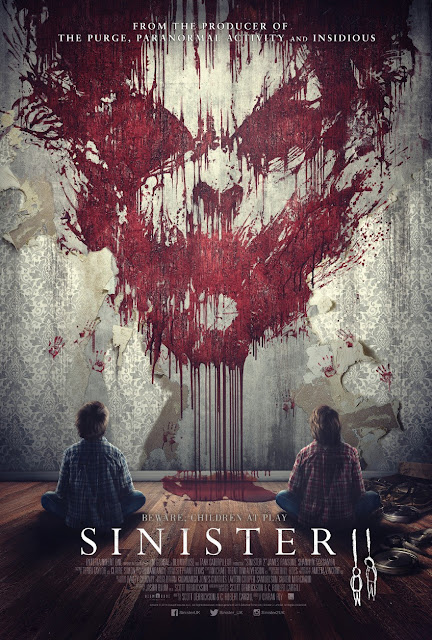 For a while now there has been near nothing but bad news when it comes to horror sequels, off the top of my head Insidious 2, The Woman in Black 2: Angel of Death, Annabelle and The Last Exorcism: Part II all failed to impress and so news of a sequel to Sinister which frankly is one of the most scary films in recent years I have witnessed filled me with apprehension. I was prepared to be disappointed to put it lightly. Spoilers if you haven't yet seen Sinister.

Following on from the events of Sinister and the Deputy Sheriff (James Ransone) who was involved in the events is now a P.I who travels America burning down any properties related to the goings on of demonic entity Bughuul. One such house he arrives at however has a family already there (Courtney Collins and her two twin boys) and already experiencing supernatural goings on, and so he gets caught up in events once again as he does his best to stop the cycle. 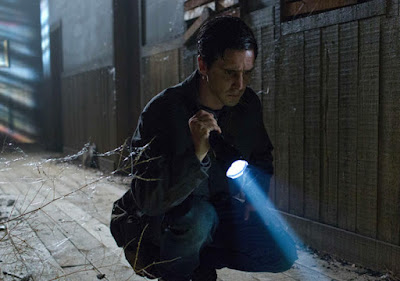 A lot of the scares from the first film came from not having a clue as to what was going on, here however the mystery is already all gone, you know Bughuul acts through children and so the film actually shows this side a lot more with it being more the perspective of the child being visited by child ghosts and their attempts to brain wash the victim into murder.

Ransone as the lead does an admirable job of filling Ethan Hawke's shoes. His role is entertaining, portraying a man who really does not want to involved at all but feeling a moral obligation to do so. This creates moments of humour as he is all too aware of the situation, is haunted by Bughuul but also knows he can't be hurt as long as the rules are followed. He is different from Hawke in that his character is designed to be likeable and for the watcher to identify and root for him. 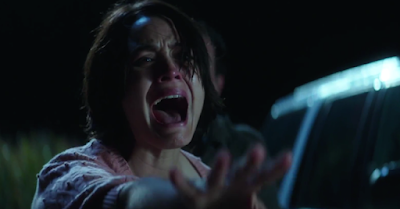 The most striking part of Sinister were the sinister super 8 home videos that Hawke's character stumbled across. They are built into the story again here and a whole new batch shown, I feel these were included due to the great reaction they got, and that the whole reason a different group of ghost kids was shown was purely so viewers didn't see the same old again. Saying that they are still creepy as ever with some messed up scenes such as a family being buried into their heads in snow to die of exposure and another family who are eaten alive by rats!

There are a lot more daylight scenes included here, and a large sub plot involving an abusive husband of Collins. This character comes across as too over the top at being an awful human, a bit too unbelievable he would be free to do what he does, no matter how powerful he is supposed to be. The child actors are a mixed bunch, a few of the ghost kids are not bad, a few terrible, while the two brothers are irritating but don't ruin the movie. I also thought it was a bit too convenient that one of the twins was basically evil, while the other was pure. 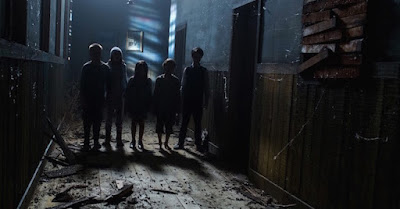 Burguul in a way is effective due to his very limited screen time but on the other hand it really comes across how impotent he actually is here, a few scenes of terror have a big build up just to end on a flat note due to him not really having any physical powers. There are some scenes of dread here but due to familiarity just are not as sustainable, the ending in particular I felt went on a few seconds too many with a silly end shot that screams sequel. The first film seemed to suggest the victim was possessed by the demon, yet here it seems the child is much more implicit in their actions and willing to do bad things of their own accord, this was a weird change of tone which maybe had to do with the fact that this was intended as a homage to the Children of the Corn films.

As a sequel this wasn't bad at all, I enjoyed the continuation of the plot rather than just a retread of the first film, while the focus on the children rather than the adults was unexpected. There are some elements that make me think the next one in the series may be a prequel due to some throwaway scenes but even if it is a sequel I'm more inclined to think it might be something worth watching