The Evil Within: The Executioner (2015) - Horror Videogame DLC Review (Playstation 4) 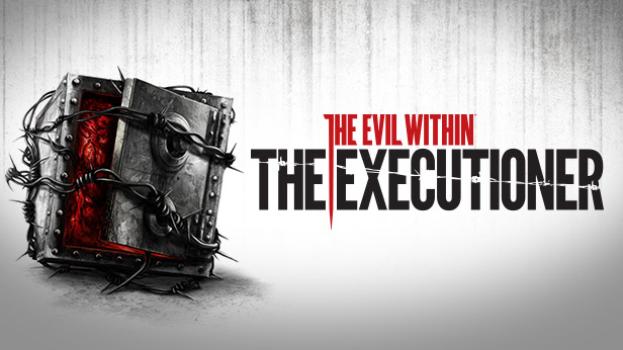 The Executioner is the third and final DLC to be released for survival horror videogame The Evil Within, the first two being The Assignment and The Consequence. I had heard that this one was not story based and instead mission based but that is slightly incorrect.

Taking place after the events of The Evil Within you play as a father who has been convinced by the dodgy organisation Mobius to enter the deadly STEM program in order to rescue his daughter who is trapped inside it and is on the verge of being lost forever. Once in the dream world you find your appearance has changed; you are now a hulking monster (a box headed creature). You are tasked with hunting down and killing everyone in the device in order to free the girl. 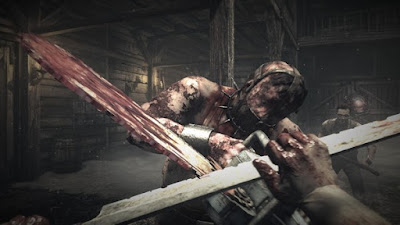 This DLC all takes place in first person rather than the usual third person perspective. This kind of reminded me of Condemned: Criminal Origins in that your melee weapons have real heft to them and so you have to time your attacks slightly. What was strange that not once was I made aware of the controls, most of them I figured out on my own but it wasn't until the final boss that I realised my weapon had an alternate attack and that I had the ability to run. It felt a bit off that I died repeatedly due to simply not knowing the controls that the game didn't feel the need to tell me.

Your character at first only has access to a giant hammer but as you progress you unlock more weapons in the shop area that include a chainsaw, rocket launcher as well as tools such as bear traps and dynamite. You also are able to upgrade these weapons as well as upgrade your abilities such as getting more health, better defence and a faster walking speed (being a large brute you are really quite slow). To purchase all these you need to collect coins that are obtained by defeating enemies as well as destroying destructible scenery such as crates and vases. 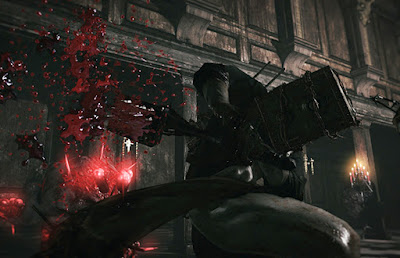 For the most part you get assigned missions to kill one of seven different boss type characters with half the game taking place in the mansion area from the main game, and the other half being the torture rooms under the mansion. While being in first person makes these look slightly different it was a shame that this DLC featured no new areas at all. You are able to scan the environment that reveals hidden diary notes and coins, while aside from your main mission there are fun challenge rooms that feature plenty of usable scenery such as spinning blades and spiked walls.

The normal enemies you fight are easy to defeat, when they are stunned you can press square to do a ultra violent finisher such as crushing a downed enemies head with your boot, or impaling one with the spiked side of your hammer. This features tonnes of blood but it was a weird slightly pink colour rather than red and so the gross factor was lost a bit. Bosses are slightly different in that usually there are alternate ways to defeat them than just attacking. One of them for instance stands on a balcony and so you have to stun explosive enemies and then fling them at him to inflict damage. 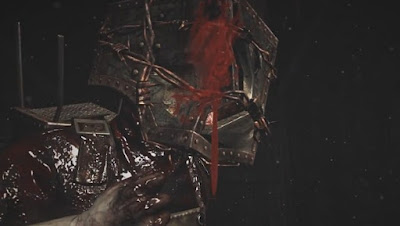 There is story which seemed a bonus; there are plenty of diary entries from your characters daughter, as well as Mobius files but these seem just an excuse to carry you through the game, I did not find the plot to be gripping in the slightest and the files are bare bones. While it was cool that there actually was a plot I do wish there had been more to it.

At about an hour and a half in length I soon saw the end of The Executioner, after the fantastic DLC that came before I did feel let down by this one. It lacked some of the polish of the others while the story is poor and there is not enough variation. It was novel to get to play as a monster and I did have fun but to be honest this is average stuff.