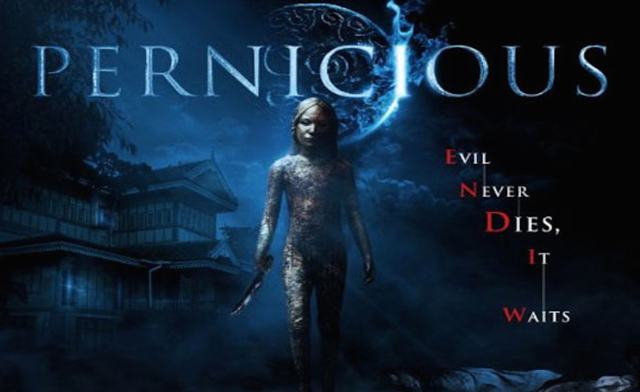 Pernicious is a horror film from director James Cullen Bressack (My Pure Joy, Blood Lake) that has been on the official selection for a variety of film festivals around the globe as well as won a few awards including best director (Underground Monster Carnival) and best horror film (Hollywood Weekly Magazine Film Festival 2014). It has been described as 'a bloody, supernatural horror flick'.

Three young girls go on a trip to Thailand to teach English for the summer but while there they unwittingly free the spirit of a murdered child who appears as a gold statue. With the golden girl wanting nothing more than to kill, the trio must delve into Thai folklore and find a way to stop the madness. 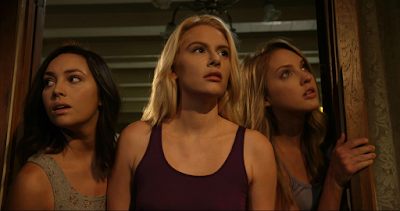 From the trailer you can view below it looks like Pernicious could be interesting, the antagonist of a gold girl haunting the girls looks like she could be creepy while dream sequences or maybe actual events of people being tortured seem to cover those hankering for some more Saw/Hostel style misery. It stars Ciara Hanna, Emily O'Brien, and Jackie Moore in the lead roles and as well as directing it Cullen Bressack is also the films writer.

Pernicious is currently available to pre order on iTunes and will be coming out On Demand on 19th June as well as showing in a limited number of selected cinemas. Check out the trailer below and see what you think...