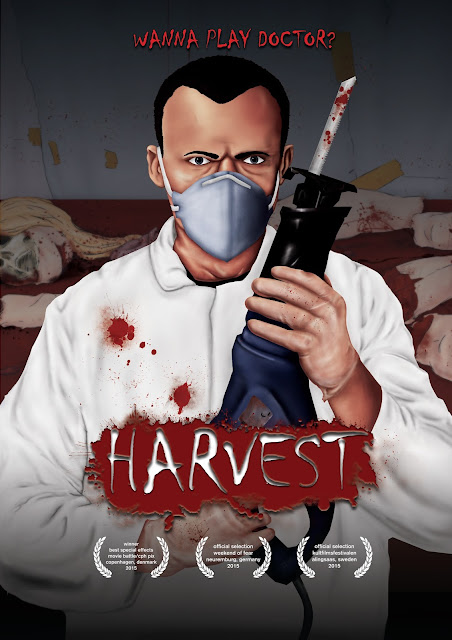 Harvest (Hosten) is a nineteen minute award winning short horror directed by Martin Sonntag and Kim Sonderholm (who also stars in it). Kim is in pretty much every film ever made in Denmark so was great to see him once again. This short had a delightful introduction by the Troma legend Lloyd Kaufman.

John is an illegal organ harvester who works for a shady criminal and commits murder to get the organs he needs. After botching a kidney retrieval his boss warns him that he only has until the next morning to get a replacement with extreme consequences should he fail. A desperate John starts his search for the right victim... 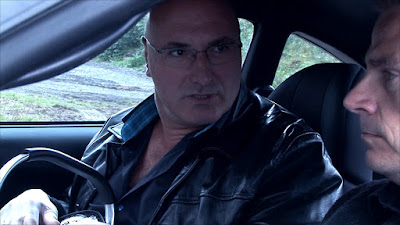 First of all though the film is in Danish with English subtitles I really could not fault the acting. I understand it is hard to judge the way the characters actually speak but it sounded right, and there was no over acting either which always helps. Sonderholm is on form here playing as the emotionless John. Siff Anderson also stars as a woman who is selected by John, by contrast her character seems playful and so they contrast well.

The plot is based on the urban myth of people having their organs stolen by strangers and is played out well here. This is a cautionary tale with a great twist ending that added some much needed humour. There are a few scenes of bloody violence which feature no end of blood and yet there was a disharmony to these scenes that did reduce the overall films effect on me. 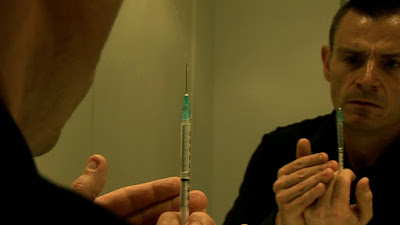 There is organ harvesting and so bodies are cut into, unfortunately the fake bodies used in these scenes do not look realistic at all. The first of these scenes hid this fact by having plenty of blood and shots of a real body mixed in, yet the second of these ones has a body being cut into that I at first struggled to even recognise as a body, the colour and texture was all wrong, later on in this sequence what is obviously a dummy then features. This was a real shame as it did detract from my enjoyment of what was otherwise nearly a great piece of short film making.

Outside of the second scene of gore there was a lot done right here, the plot was interesting, the characters had motivations to their actions and there is nothing to fault with the directing, the only other small problem was that some of the English subtitles were incorrectly spelled and the cover picture is just plain weird but that was minor at the most.

I enjoyed Harvest, so if you get the chance it is well worth a watch. There are due to be plenty of screenings of this short, it can next be seen at Kultfilmsfestivalen in Alingsas, Sweden on 27th June.