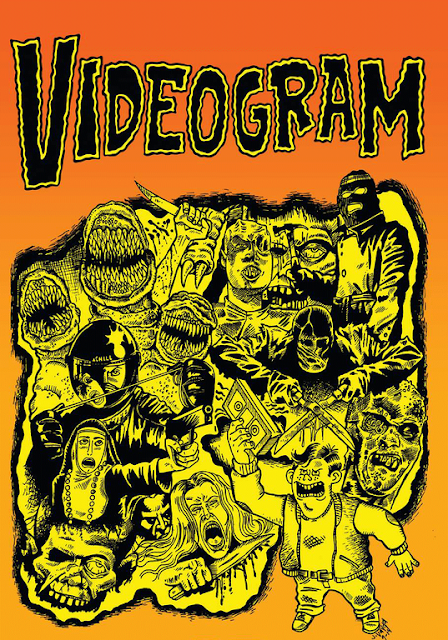 I was first contacted a few weeks back in regards to some exciting news for Magnus Sellergren's Videogram but before I have even had a chance to blog about that it rapidly become out of date, so I guess I will mention all I have found out since that time. Videogram of course is responsible for some most catchy and authentic sounding odes to B-movies and exploitation films of the 80's,

The original news was that Videogram had teamed up with Lunchmeat VHS and Doc Terror to release a strictly limited edition VHS that contains the debut album with trailers of old films accompanying the music, however it wasn't much later that Magnus got in contact again to say all the VHS tapes had sold out. Instead there is now a digital version available via VHX.com that includes the 34 minute VHS video and the VHS master of the S/T album.

I have seen a 15 minute preview of the video and it is certainly good stuff, each of the trailers seemed to be from a different genre and fits the music well, Subway Stalker for example has a spliced together trailer for video nasty Driller Killer, while Eaten Alive! has a trailer for a Texas Chainsaw Massacre knock off. Elsewhere you get ones for post apocalyptic, sci-fi, serial killer and monster films.