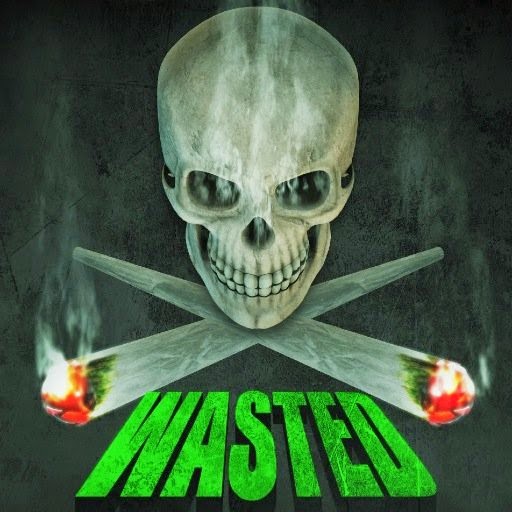 Back in October last year I did a small blog post about Wasted; a pitch for a zombie comedy themed TV show that followed a bunch of stoner losers post zombie apocalypse. While it was unsuccessful in the competition it had been entered in there is now a new opportunity, this time with CineCoup. There is a 12 week online challenge for people to submit their ideas with the winner getting funding to make a feature film (rather than a TV show this time around). The creators of Wasted have made a short film to get their pitch across which I have just seen.

In the twelve minute film a bunch of stoner friends sit around a TV playing zombie videogames and watching zombie films. One of them poses the question of what they would do if the undead rose up in real life which leads to dream sequences of each of the four guys imagining themselves in the apocalypse, each of which goes wrong for them (such as one of them managing to blow up a car accidentally while trying to refuel it). After this talk the gang leave their house to discover the apocalypse actually has happened...

I'm not going to do a proper review with ratings and all that as this does feel like the intro to the idea being posed. Also the film is described as a rough cut and as such there were some noticeable sounds missing and some rough special effects used as well as plenty of dodgy CGI work. As a concept though it did get my interest, sure the acting was not fantastic (nor terrible, merely ok) but the conversation was interesting enough and I thought the dream sequences felt quite novel in a zombie based sense. One of the characters was super irritating which was a minor annoyance but overall it was enjoyable enough.

Now there is just two days left for the Top 60 voting on the CineCoup site and to my credit I only found out about this a week last Tuesday when the competition had been going on for 11 weeks by that point. If you want to vote for Wasted and hopefully get it into a winning position then head on over to the site (here).