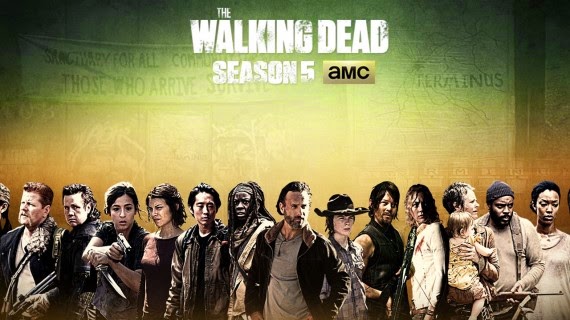 Now on the fifth season and The Walking Dead shows no sign of growing stale. Season 4 was in my opinion the best yet so this season had some big shoes to fill. There will be spoilers for previous seasons so if you have never watched the show then don't read the review! There will be unavoidable spoilers for season 5 but I will keep them to a bare minimum.

With Terminus turning out to be nothing more than a cannibal food bank it is up to Rick Grimes and his crew to escape the cursed place and look for real salvation. Eugene's promise of safety in Washington leads the group on a deadly road trip, ones that begins to blur the line between the living and the dead. Will there be sanctuary at the end of their journey this time around or is it just another pipe dream? 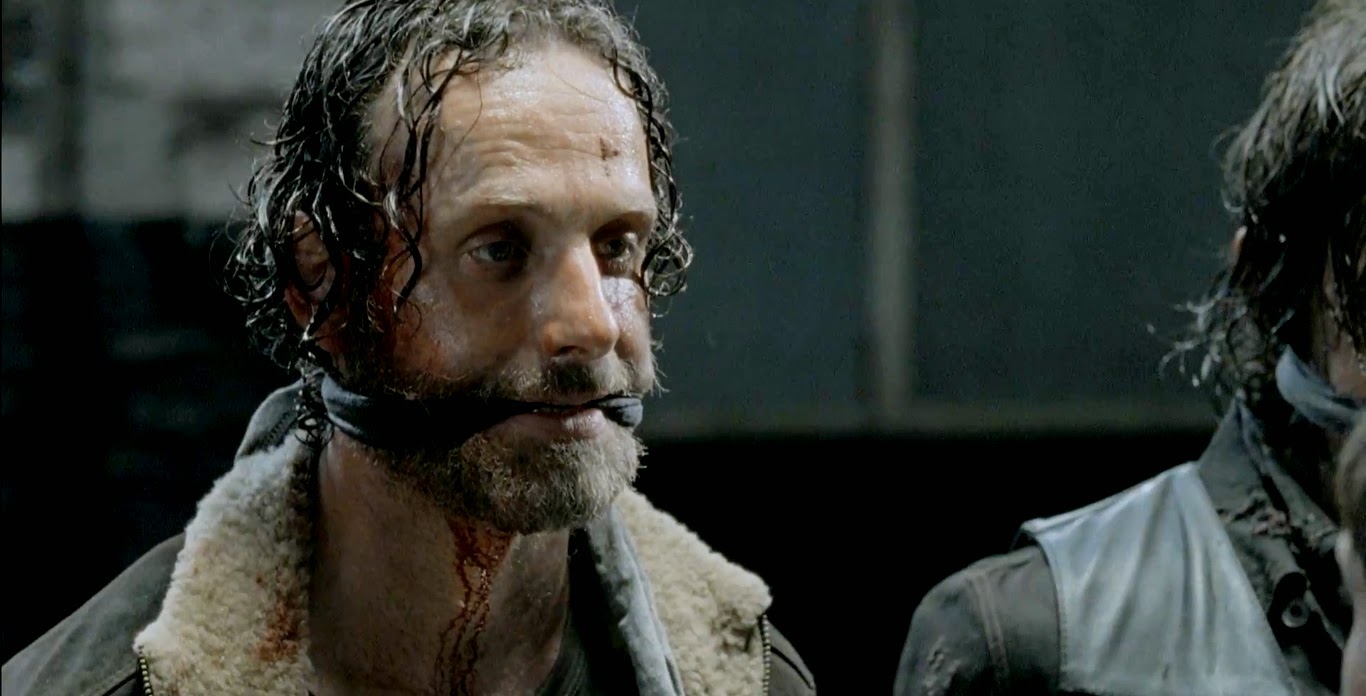 Season 4 worked for me so well due to it starting off pretty average and just getting better and better and better. This time around I would say season opener No Sanctuary was actually the most action packed and (literally) explosive episode, there was nothing in the rest of the season to match it in terms of spectacle. Instead there is a slew of rock solid episodes that are all expertly crafted and handled and each have something unique and interesting to offer (with the exception of two, but more on those later). There are a couple of interesting flashbacks that offer more insight into characters (such as a great one of Eugene and Abraham meeting for the first time) and even some great hallucinations that feature some dead people reappearing such as the Governor (looking ace).

Following on from the success of character specific episodes Rick's group soon gets split up and so there are various episodes focusing on either half of the gang as well as answering some lingering questions from season 4 such as the whereabouts of Beth. As always this way of doing episodes helps really bring out the character of some of the more minor characters who can tend to get swamped when everyone is on screen together. There are far more other groups of survivors encountered then ever before, the post apocalyptic world has far more humans than I ever pictured which makes for some nice conflict (as I always say humans are far more dangerous than the walkers). 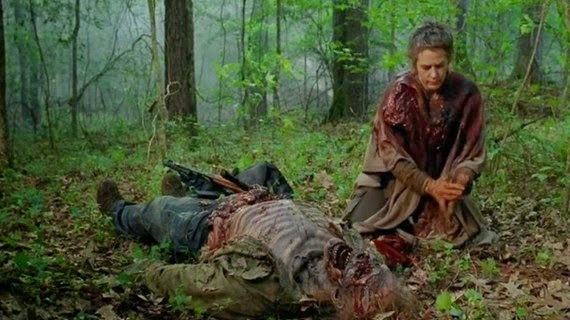 As always no character is really ever safe but here this promise actually becomes irritating due to the high frequency of fantastic characters being killed off, usually just as they become likable, Time and time again big chunks are dedicated to making average characters more interesting only for them to then die soon after. There are at least three big ones killed off in this way while the more annoying ones survive to ruin things another day. The big theme of season 5 is Ricks realisation that humans have become the walking dead, that everyone is living on borrowed time, but the theme I picked out was that if your cowardly and pathetic then you are more likely to live.

Zombie effects in The Walking Dead just get better and better, the undead here look frankly amazing and even better is the amount of violence they have inflicted against them. They have rotted to the stage were it really doesn't take much to severely damage them, such as house favourite Daryl swinging a chain into three zombies which removes their heads, to a poor ghoul getting her head jammed in a car door and squished into pulp. The human death sequences also seem to have gotten more gruesome, one in particular had a characters cheek ripped off; really quite graphic! One slightly annoying thing I noticed that for some episodes characters just do not appear with no explanation given. Michonne vanished one episode, while another featured a party where characters are shown to be looking awkward and out of place in such a foreign setting but all I could notice was that Eugene and new character; the cowardly priest Father Gabriel were just missing for no good reason for that entire episode. Maybe it was to save on paying everyone wages, or maybe they were not available for filming those days? There are two episodes out of the sixteen in this season that just played out a bit too quietly for my liking. I spend the whole time out of my mind with anxiety and stress for the groups safety and then the second they find somewhere that may be safe I start wishing something terrible would happen; I'm a bad person it seems!

Season 5; it's an amazing season, that much is true but it doesn't feel as fresh as season 4 frequently did. With an amazing opening and some tense sequences throughout I feel like this is probably my second favourite season, though far too many decent characters are killed off. I also found the use of licensed music to be quite effective, in my mind is Try which opens with Nine Inch Nails playing, makes a change to the usual score. It all ends with an enjoyable finale that really sets up the plot for season 6, counting down the days already.

P.S: Spin off series Fear the Walking Dead is due to air this summer,
Posted by Daniel Simmonds at 14:53