The Evil Within: The Assignment (2015) - Horror Videogame DLC Review (Playstation 4) 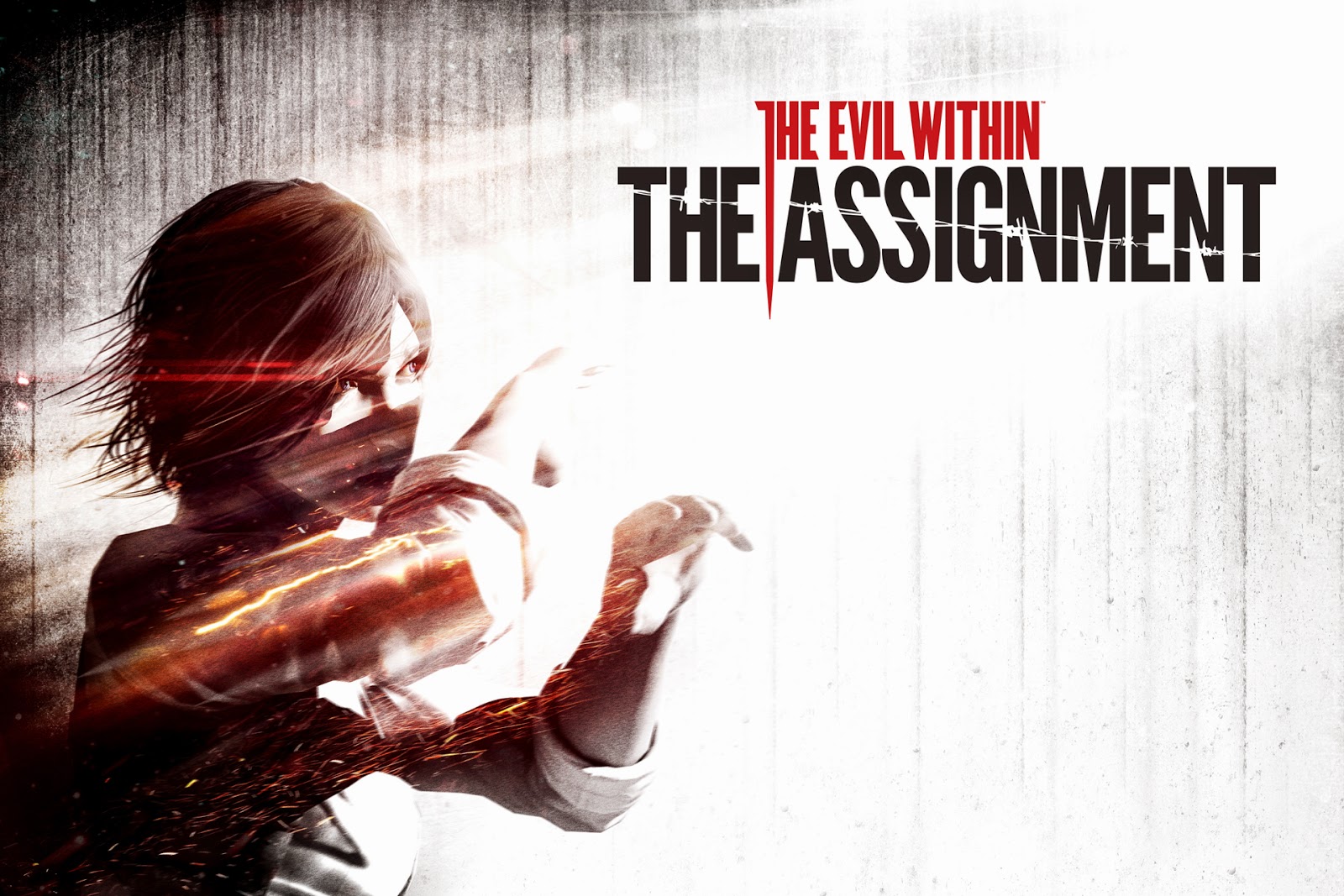 I must admit I was pretty disappointed with The Evil Within, I found the plot uninteresting and the controls and mechanics just a bit too fiddly. The first of the three DLC add ons was released back in March but I have only just got around to playing through it. There will be spoilers about The Evil Within's plot so proceed with caution!

The Assignment follows Julie Kidman who in the main game was revealed to be working with a shady organisation that was responsible for all the horror unleashed (in short the plot revolved around a sinister dream machine that was haunted by Ruvik; an evil madman). The plot here starts midway into the main games storyline and shows just what Kidman got up to at the many points she got lost or separated from Sebastian (the main game's hero) as well as provide back ground on just why she turned out to be working for the bad guys. 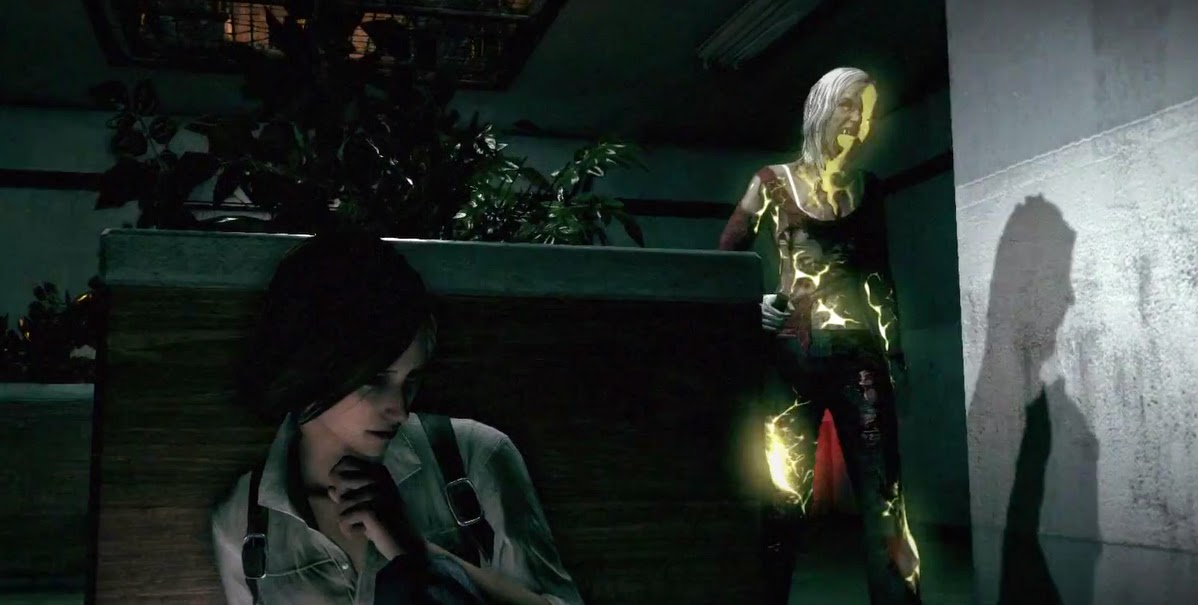 This is a different beast to the action heavy shenanigans of Seb's story in that you pretty much don't actually get access to any weapons. As a result you spend a lot of the game crouch walking around doing your best to avoid being spotted by the zombie like Haunted. Instead of a pistol you get a magical torch, this torch as well as its traditional job of providing illumination can also reveal hidden doors in the locations Kidman finds herself in as well as reveal the form of invisible Haunted enemies. I actually thought the lack of weapons was a great design choice, the action was not the main games strong point and being powerless really does make the game a more tense and frightening experience. Around halfway through you do get some cathartic shooting for a limited time that was really quite fun.

Much like the main game there are some trippy sequences where what your seeing changes before your very eyes. Doorways vanish, colour filters come on, flashbacks turn into present day, and the man who gave you your assignment pops up frequently almost like a speech based nemesis (usually with a sudden burst of static filling the screen). 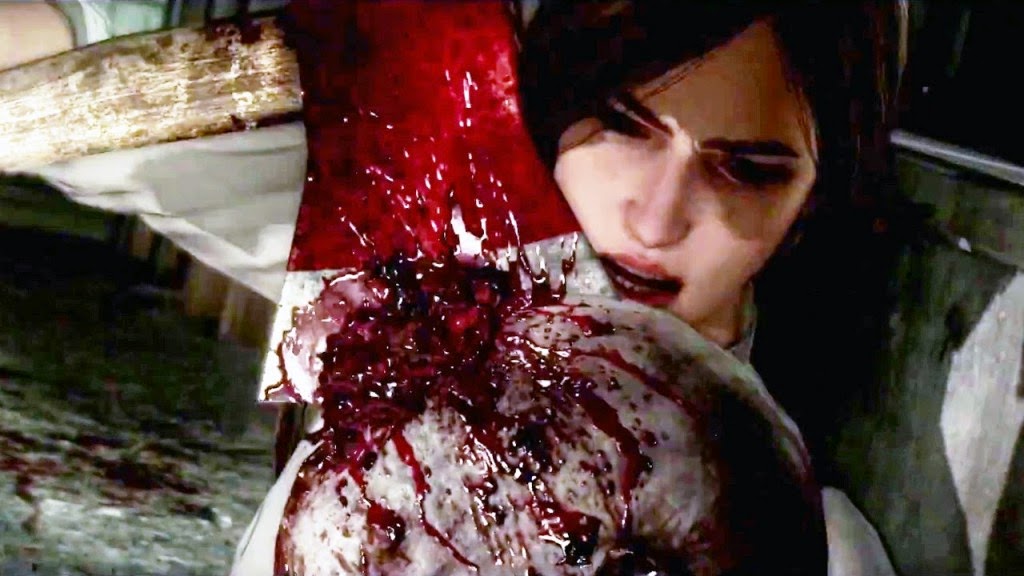 Often you find that DLC just involves a load of recycled areas and while it is true that you visit quite a few identical locations things feel fresh as you get to go to areas in these places that were locked to Sebastian. Also interesting is that some of the random locations you get warped to (a design choice I hated) get some back story, for example you get to go to the village Kidman grew up in that previously just seemed like a random level. Finding out how Kidman gets to the main games cast was surprisingly well done as many times in that game she just popped up and vanished all the time. Also I appreciated how the developers went out of their way to explain why Kidman's levels are not as chock full of enemies, they didn't need to explain that so was a nice touch.

The Assignment is split into just two chapters, each one around an hour and a bit in length each, I was itching for more so when the proverbial end credits rolled I felt a bit deflated as the actual story was only half told, upto the end though I had a lot of fun with this. It turns out the next DLC due out sometime in April titled The Consequence is actually the second half of Kidman's story. This new story gives a bunch of familiar enemies but also has a couple of new ones, the best by far is a giant armless woman with a search light for a head who is The Assignments version of Silent Hill 2's Pyramid Head as she turns up at several points to both terrify you and hunt you down. The design for her is very freaky even if it is derivative.

On the one hand this first DLC is as a whole a lot better than the main game, by sticking to pretty much the one gameplay mechanic and taking away your ability to defend yourself the horror really ramps up. On the other side of the coin it is quite short and left me wanting more but for the price you do get value for money. Also the whole thing is still thickly letter boxed which I never thought was ever needed. But anyway if you were left cold by The Evil Within I would still say this DLC is worth playing.

I have recently replayed this in anticipation of The Evil Within 2 coming out soon. Where I said I preferred the main game on a second playthrough this is the opposite, there are far more new areas than I remembered with only a tiny bit of the core game's levels reused; that is a good thing. However the heavy reliance on stealth got a bit tiring in places. For DLC this isn't half bad, and it is worth playing through, but compared to the main event this is understandably more bare bones and more game like in design. Nowadays I would give this 7/10.
Posted by Daniel Simmonds at 12:06