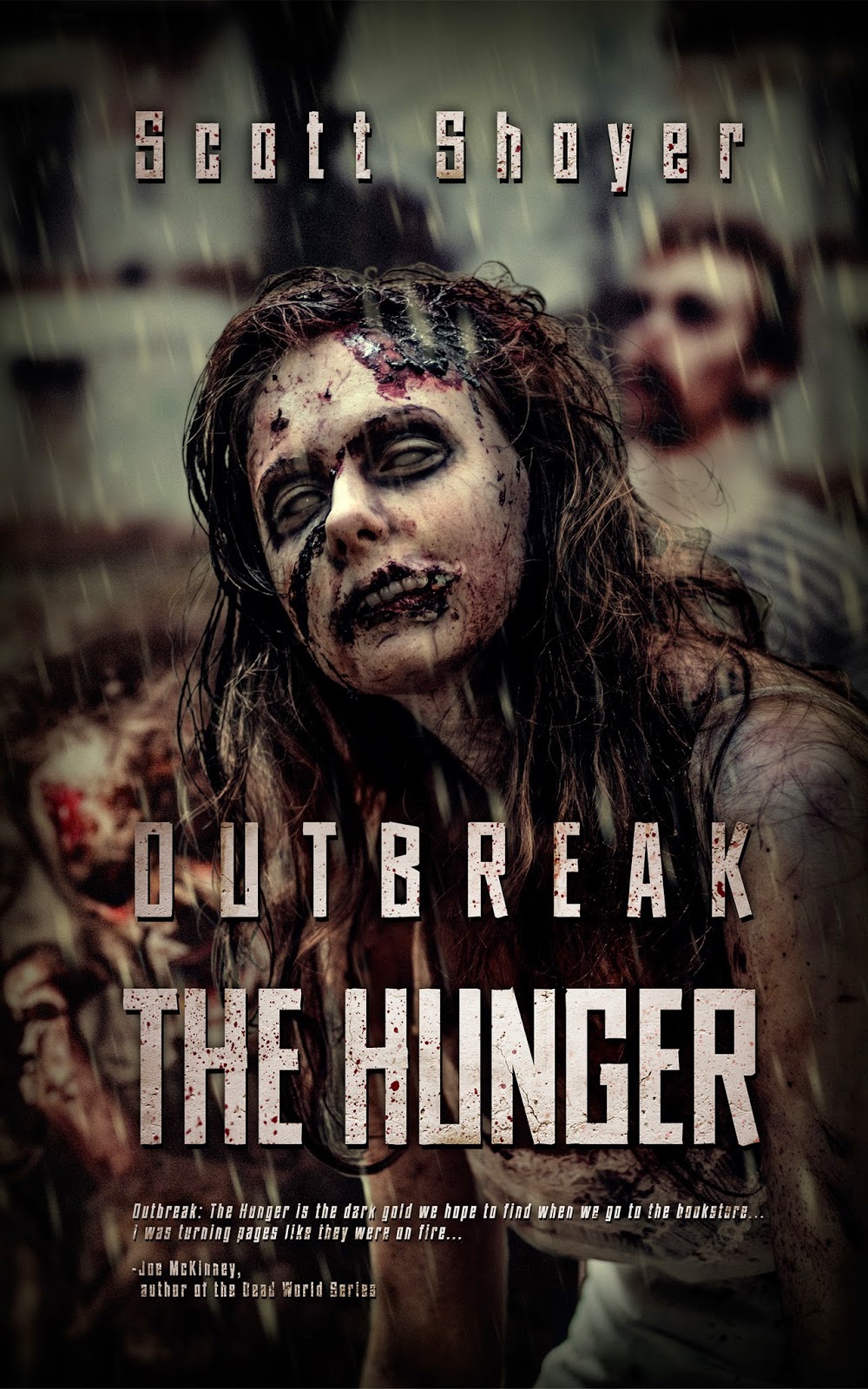 Outbreak: The Hunger is Texan Scott Shoyer's debut zombie novel. Despite a generic title Shoyer promises the book will offer something different to the genre he sees as getting stale. He is a life long horror fan of both film and novels (even having his own horror blog) and as such feels he was able to avoid the cliches that plague the zombie genre. Shoyer states:
"Sure there's a lot of zombie novels out there, but I set out to give horror and zombie fans something different. I didn't just want to write just another version of the same old story."

The book looks at the emergence of a deadly zombie virus from the perspective of two different groups; an elite group of soldiers who are trying to stop and contain the outbreak, and a group of families visiting Austin Zoo who find themselves at the epicentre of the terror and must band together to attempt to survive.

With praise from author Joe McKinney (of Dead World fame) it seems maybe this really could be something worth checking out. I read a teaser of the book and have to say it was pretty hilarious in a good way with a whole host of random zoo animals suddenly turning into random zoombie animals and snacking down on the humans with Shoyer describing the attacks in gleeful detail.

Outbreak: The Hunger was released on 14th April and is available in both eBook and paper formats. It is the first book in a planned trilogy with Shoyer already hard at work on the follow up.
Posted by Daniel Simmonds at 09:26