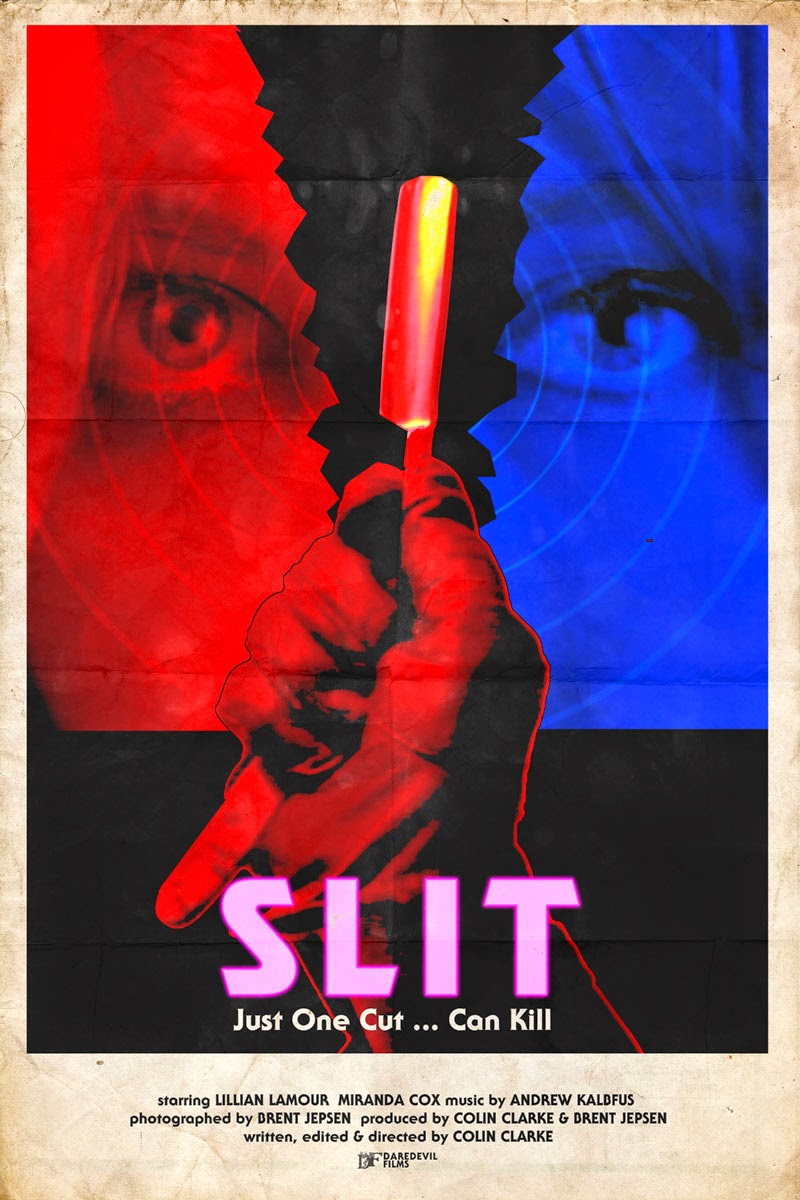 A female couple head back home after a night of partying unaware that they are being followed. After a while the two fall asleep and the house gets invaded by a mysterious figure clad in black who seems to wish them harm...

Now as previously stated I am not sure of the tropes of Giallo films, from my hazy recollections it involves leather gloves, and maybe lace of a kind? I believe part of this genre is that you never view the killer, more that you see things from their perspective. For the first half of this eleven minute short horror it went along an erotic route, mostly consisting of the two girls kissing and I must admit my attention was running thin. Thankfully at the half time mark the horror really stepped in with some pretty tense scenes that ended with a plot device that I found very well done. The payoff and the twist that is slowly revealed is expertly done and gave me goose bumps of a sort.

There are lots of use of red and blue filters and lighting which I can only guess is part of the genre as it makes things look unnatural and strange, I am sure this is very intentional though. The special effects used are not bad, and I like that only by watching Slit can you discover where that titular description comes in.

While featuring a bit too much erotica for my liking I really enjoyed the second half. Short horror films are rarely ever anything other than interesting, it takes a certain type of skill to fit an entire story into such a short amount of time, Slit succeeds in this endeavour.

If you fancy checking out the film for yourself then included is the short piece below...