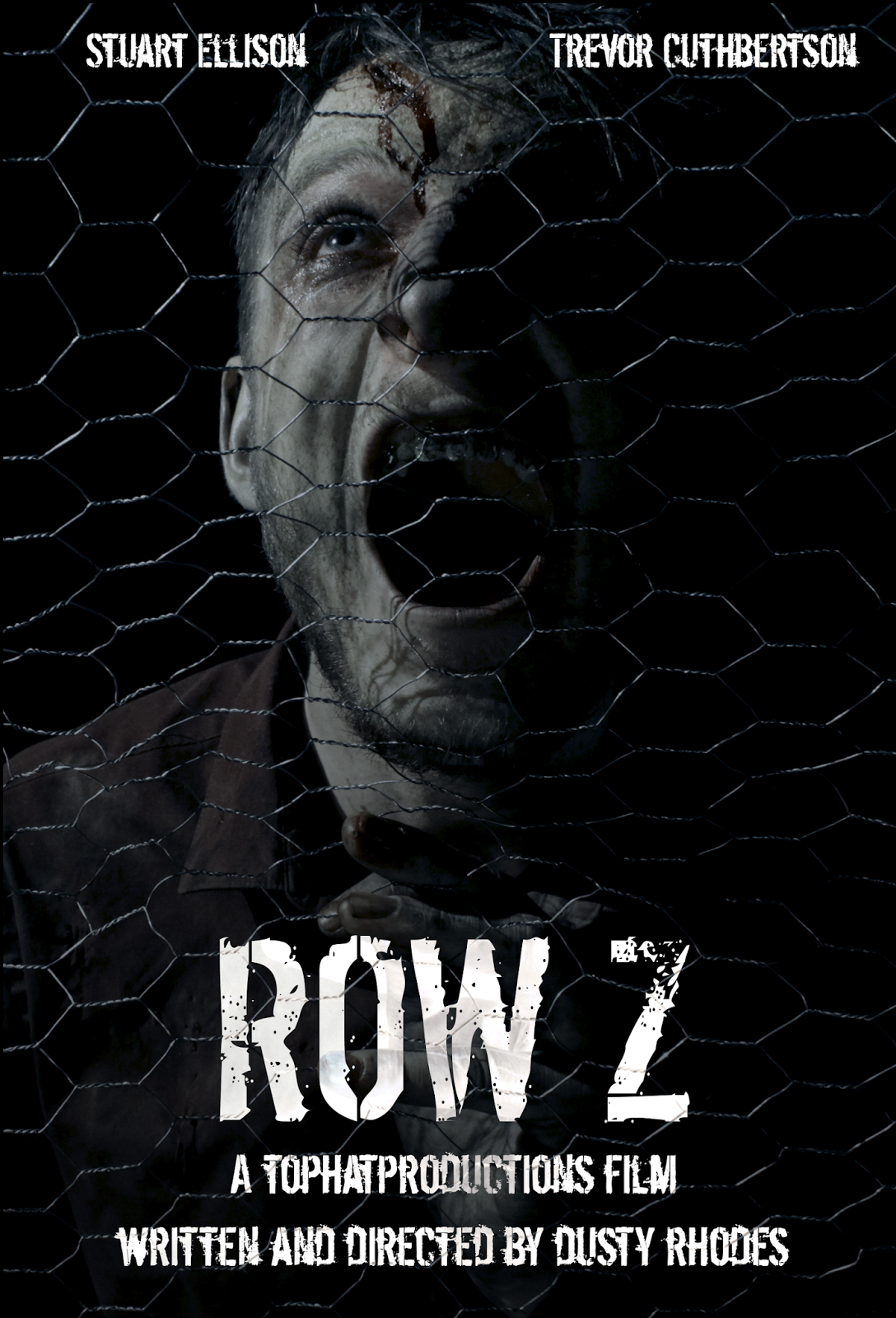 Row Z is a short zombie film written and directed by Dusty Rhodes that combines many peoples loves; football and zombies. I don't actually like football myself but I really appreciated the vibes gone for in this piece.

Michael (Stuart Ellison) tells his father George (Trevor Cuthbertson) during breakfast the plans he has for them that day. His favourite football team Plymouth Argyle are to play an important game so Michael plans to go to the bookies to put on a bet, then head to the pub to have a pre match drink, before heading to the stadium itself. It soon becomes apparent once the duo leave the house that all is not so great with Great Britain with abandoned cars, evacuation points, and the heavy presence of zombies...

I thought Row Z was a pretty good film, at ten minutes long it packs so much into its slim time. The relationship of father and son is well established and you really come to care for Michael who to all intents and purposes seems to be living in a fantasy world, unaware, or refusing to accept the horror that has wiped out most if not all of humanity. The music that plays throughout is so sweet and gentle that rather than be annoyed at the two for being in this fantasy you instead wish them all the best. The dad seems far more aware than Michael of what is going on, and humouring his son as best he can while relying on him for protection.

It looks great with some impressive locations used such as a football stadium for the finale, and the zombies look the part, at least having a uniform look even if their make up did look a bit too dark on the faces. I just loved the juxtaposition of the main characters impressive delusions with the chaos and deadness of the new world. The panic on Michaels face whenever his dream is interrupted is so well done, it is credit that two such ideal people were chosen for the part of father and son. Special note must also go to the football commentary that plays at points throughout; quite clever in the way it is framed.

With vibes of David Moody's Autumn universe (this could have easily fitted into his Autumn: The Human Condition anthology) and an engaging story there is a lot to recommend here.

You can check out Row Z below, you definitely should do...