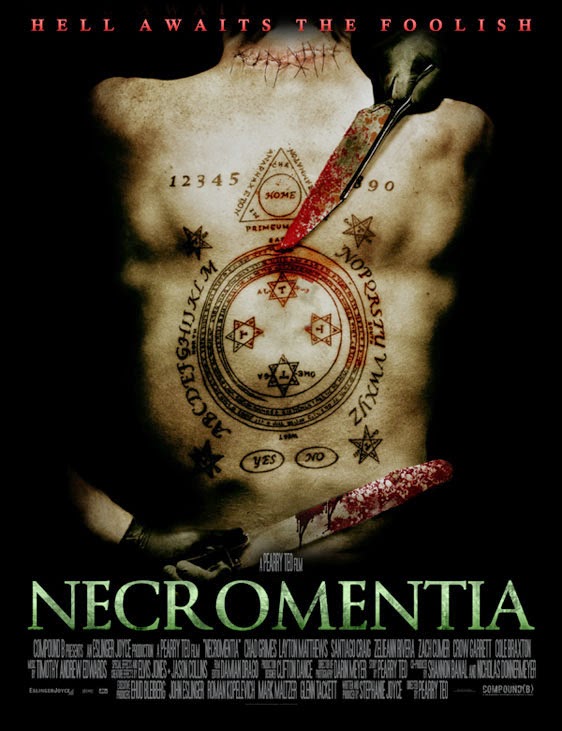 Necromentia is a strange beast of a film, also an interesting film, but good? I'm not so sure of that. It is Cliver Barker in nature dealing as it does with flawed people and a vision of Hell.

The film is clever in that it has three interconnected stories that play out in reverse. Starting off a grieving man; Hagen is unable to get over his lovers death. He keeps her body preserved as best as he can in the hope that she will come back to life. He is kidnapped by a thug named Travis who tells Hagen he can send him to Hell where he will be able to find his departed lover. The next tale is set a year or so previously and explains how Travis came to be on the hunt for Hagen due to a deal made with a demon named Morbius. The final story explores just why Morbius wanted Hagen in Hell. 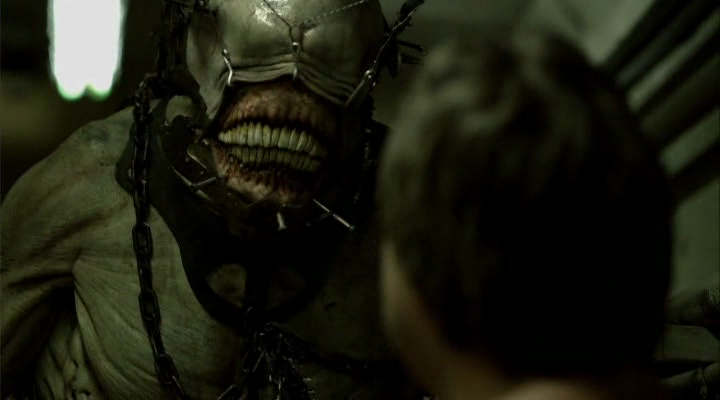 As Necromentia progresses you are forced to reevaluate your preconceptions of characters, travelling back in time for each new story is an interesting move and one that would make rewatching the film be worthwhile (not that I think I ever would). Travis for instance first appears as a nasty bad guy while showing his back story puts him in a more sympathetic light (almost). The same goes for Hagen and Morbius who both are shown in a different light. Just proves you should not be so judgemental, even as a viewer of a film!

Being a story about Hell it is impossible to avoid comparisons between Hellraiser and these films are very close in tone. To get to Hell requires blood, in Necromentia's case sigils must be carved into flesh but the idea is the same. A variety of different demons are shown here, much like the Cenobites each looks different. There is a fat man wearing a pig mask with tubes coming out of every orifice; that's Mr Piggy (reminded me a lot of Pigsy from the videogame Manhunt), Morbius who is grey all over and has black pits for eyes, a gas mask wearing, distorted voice, wheel chair bound child, and finally a monster who just looks like Nemesis from Resident Evil: Apocalypse. The monster designs are all quality and really makes for a solid looking film. 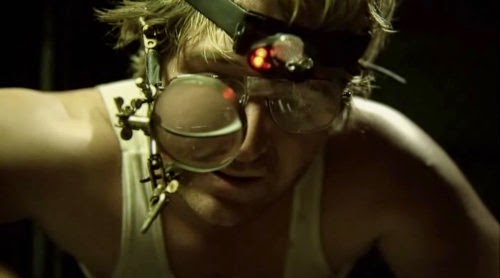 Where Necromentia falls down though is the sets used. It is very minimal with not many locations used, and the ones that are used while intricately detailed are also very small and claustophobic. Attention to detail is fantastic but when Hell itself consists of a single dark maintenance tunnel I did feel a bit short changed. A lot of the special effects are physical rather than CGI which was a decent touch. There is plenty of violence and gore, usually in tortuous scenes. Travis for example is hired by people to cause them pain. There is one long uncomfortable scene of him wearing a gimp mask slicing up a young woman, he even near severs a finger off of her. The scene ends with him untying the woman who then proceeds to pay him for his actions. What sort of place exists where cutting off someones finger is not seen as a bad thing?! Real freaking weird if you ask me.

None of the characters seem out of place, it almost seems like the world they inhabit is Hell itself and the maintenance tunnel Hell is just another facet of it. A man who tortures people for a living, a mentally disabled boy who is influenced to kill by a singing dancing pig man, a mourning man who performs necrophilia on his dead lover; it certainly rings of Hell to me. 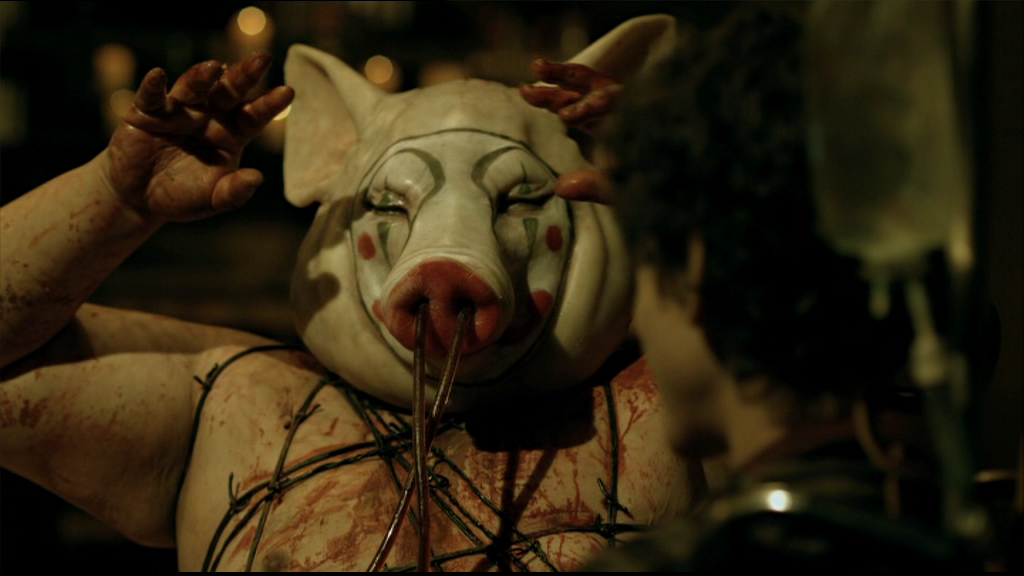 With decent special effects, an interesting and cleverly designed plot and wonderfully created locations Necromentia is a lot better than I expected it to be. However the slim sets, over indulgence of gory violence and a general feeling of hopelessness mean while a good film it is not a fantastic one.

Posted by Daniel Simmonds at 13:17