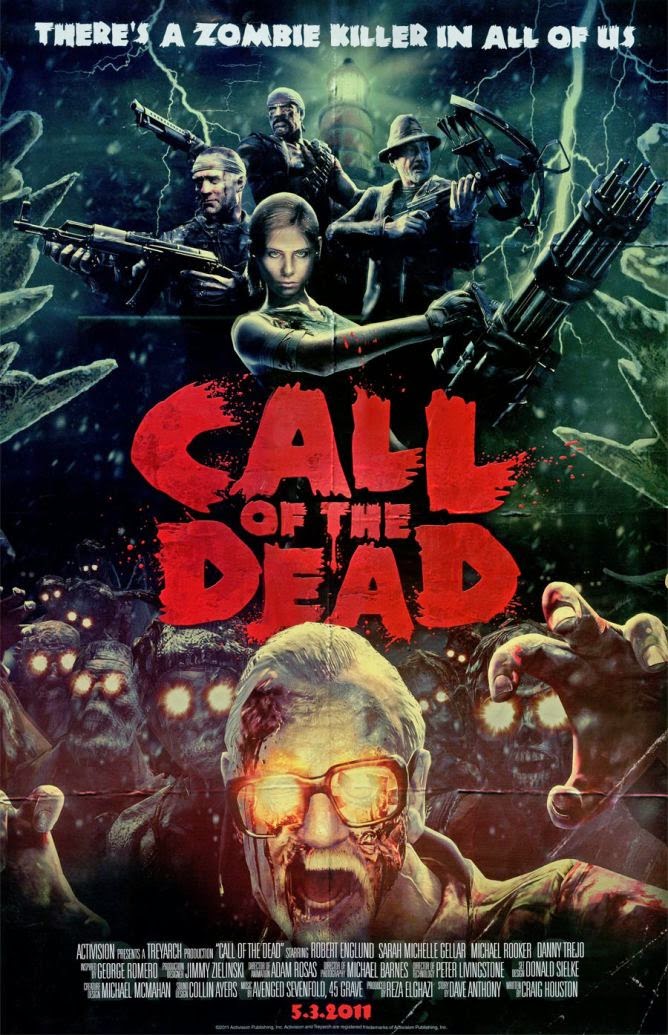 With the Call of Duty map packs once again going on sale I saw an opportunity to pick up one of the remaining zombie maps I don't own for Call of Duty: Black Ops. I got five maps in total, four normal and one zombie map, it was only the zombie map Call of the Dead that I was interested in.

In Call of the Dead you play as one of four real life actors; Danny Trejo (Rise of the Zombies), Sarah Michelle Gellar (Buffy the Vampire Slayer), Robert Englund (A Nightmare on Elm Street), and Michael Rooker (The Walking Dead). It takes place on a remote Siberian island where the four are filming a zombie flick with George Romero directing. However the fake scene is invaded by real life zombies who attack and kill Romero before anyone realises what is happening. 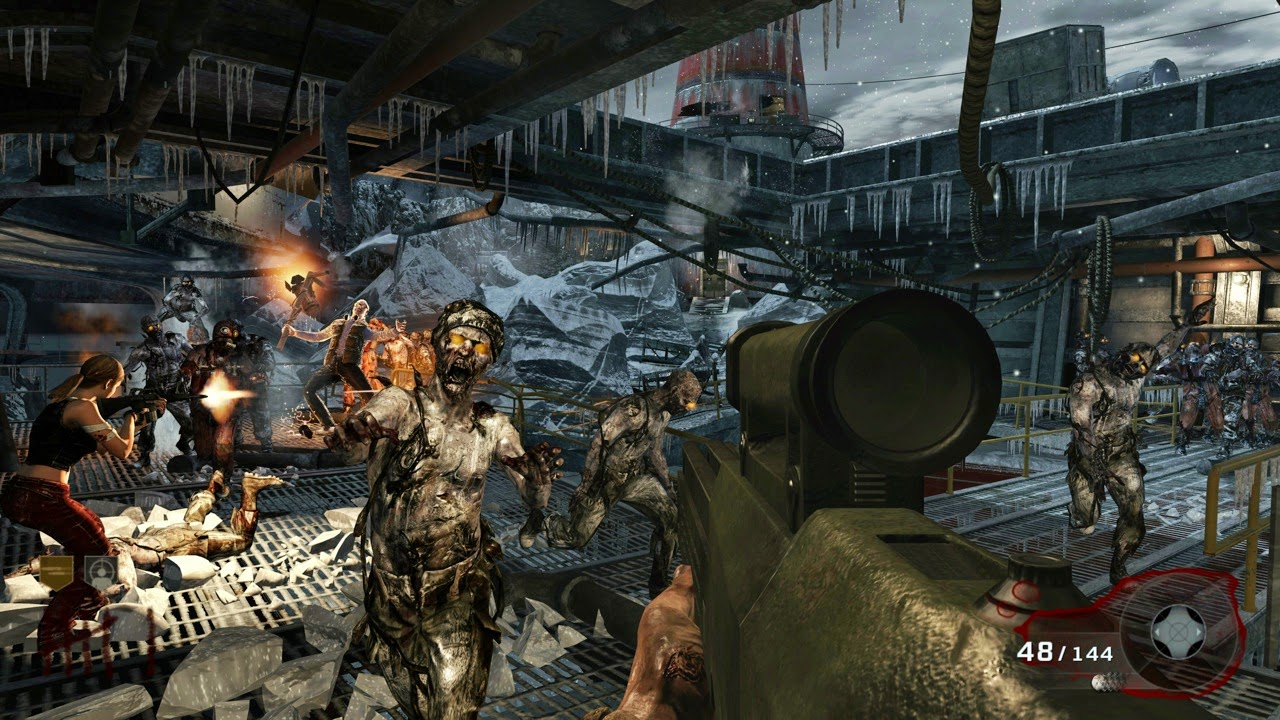 Call of the Dead is different to other zombie maps in that you have the persistent threat of the George Romero zombie. He is a giant and carries with him a large stage light that is electrified, he will slowly walk towards you where ever you go. Should you make the error of attacking him he will change into a more zombie like monster and charge after you, eventually calming down after a set time has passed.

I realise I am going into far too much detail for what is just one map so will wrap things up. The level is split into three sections. The middle part where you start is a small island with water on one side, the longer you stay in the ice cold water the more you start to freeze which results in your screen being obscured with ice. In a cool touch (literally cool) zombies can turn into blocks of ice should they spend too much time in the sea. The left part of the level features a huge tanker locked into the ice. From the engine room of here the power can be turned on, though I admit I have no idea what this does. The right side of the level features a giant lighthouse, the top of it features a dead end as a warning. 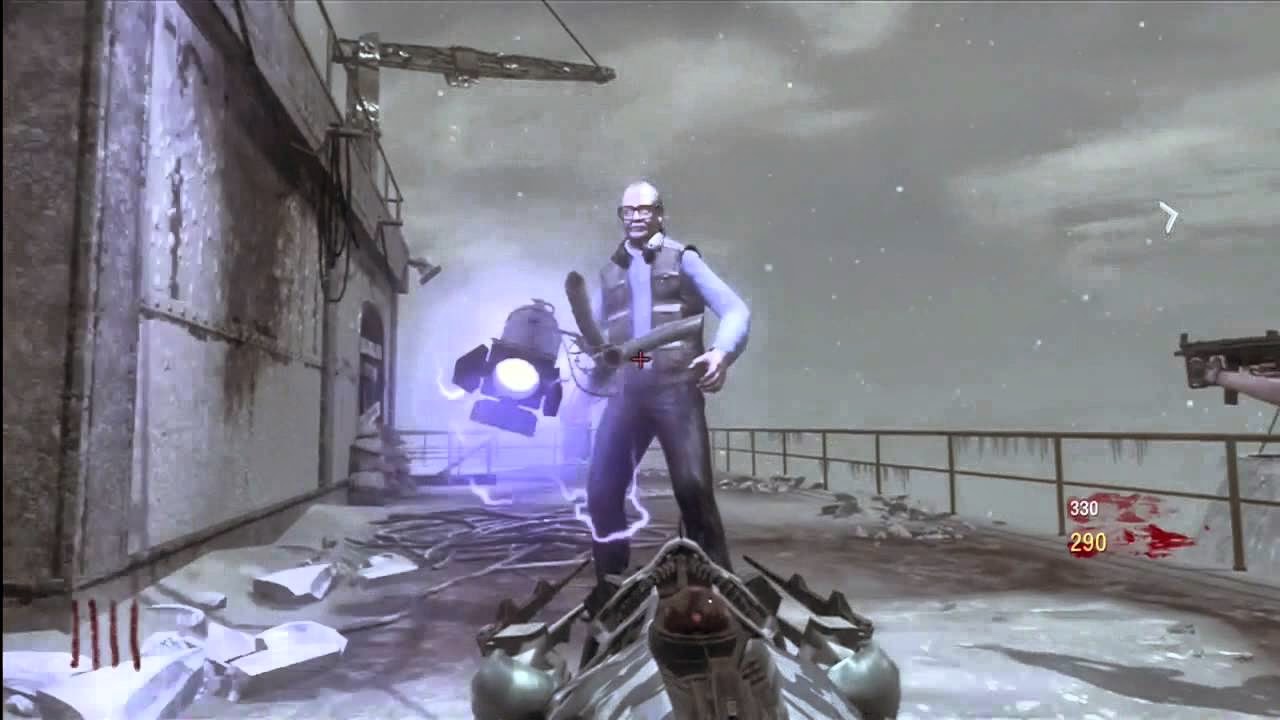 As always the game consists of rounds, each round featuring more zombies, and more health for them. There are windows to keep boarded up, weapons avaliable to purchase with points you get for undead slaying, and additional doors and walkways to open up. You play until you die, there is no end.

While even the reduced price of £8.23 is an extortionate amount for someone only interested in 1/5 of the maps I do feel Call of the Dead is a solid and well designed level and imagine I will have lots of fun with it in the future.
Posted by Daniel Simmonds at 02:38