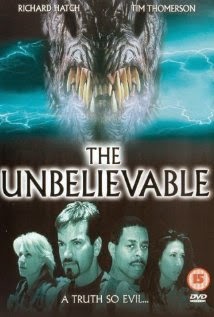 The folks at The Movie and Music Network have a whole bunch of films available to watch online for cheap prices, but in a neat move they also have a film available to watch for free each day. Today's free film is Unseen Evil (also known as The Unbelievable apparently) and so I felt a review was in order.

A bunch of hikers including Dr. Peter Jensen (Richard Hatch), Kate an archaeologist, and a couple of men have hired a native guide to take them into the American wilderness in search of an ancient Indian burial mound. Not long in to the trip and it is revealed that the not so good Dr intends to rob the mound of its treasures and that the two men with him are actually also robbers. Finally arriving they indeed find vast treasures but as soon as they remove the loot from the cave system the trouble really begins. An invisible deadly creature starts to hunt the group and one by one they get picked off. The survivors have to find a way to stop the nightmare creature. 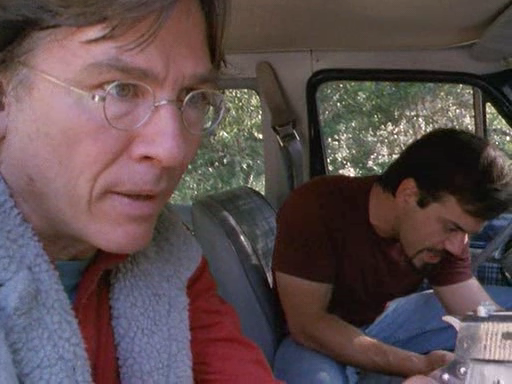 This is an amazing film; amazingly terrible that is! Obviously low budget in nature everything about this is pretty awful, but thankfully it fits neatly into the 'so bad it's good' category of film making. First off the props are not the best ever, the gold treasure in particular looks like it is made out of plastic while most the sound effects sound like they have been taken straight out of the public domain library. The creature being invisible is a blessing in literal disguise as it obviously saves on budget a lot, though more pressingly the creature when you do see it is abysmal. It is CGI straight out of the early 1990's and looks very fake and unrealistic.

The characters are one dimensional and while the acting can not be complained about (it is passable) they fall into the common trap of acting unrealistically. The cast spend too much of the film pointing guns at each other and fighting to be 'in control' as they put it, the amount of times this happens is farcical though Kate does mention this at one point. The bad guys are idiots it has to be said. You have the token angry black man who causes more trouble than he's worth, while Jensen does his best to be the films bad guy but is not the least bit threatening. They are not dull characters at least and their plight is fun to watch. 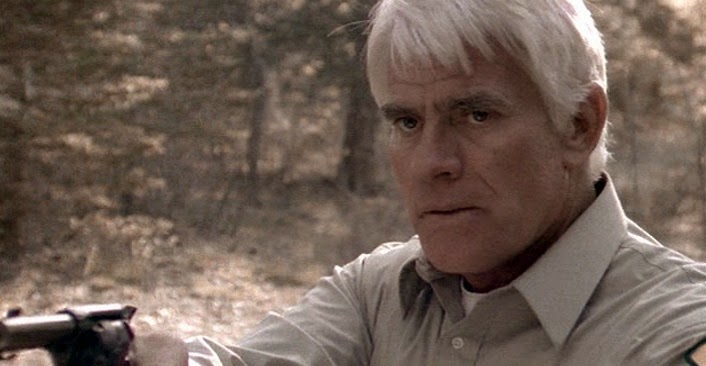 When action does happen it is swift and violent, each of the kills in Unseen Evil is fun to see, the creature has deadly claws and there is plenty of blood and even a decapitation at one point. The moral of the film seems to be if your a good and humble character then you will end up dead sooner rather than later, while the more darker characters mostly fall prey to their own hubris. There are lots of shots of the invisible creature interacting with the environment, such as smashing into a car, while the first person perspective of it as it chases the group reminded me a lot of the evil spirit from The Evil Dead.

The plot is simple, but made sillier by the ridiculous decisions characters make and it is this silliness that saves the film from being boring. This is in no way a good film, but it is not a boring film either, instead I had a lot of fun watching it and shouting at the characters as they go out their way to ruin things. All in all an enjoyable 90 minutes and I must confess...knowing there is a sequel has gotten me pretty excited!