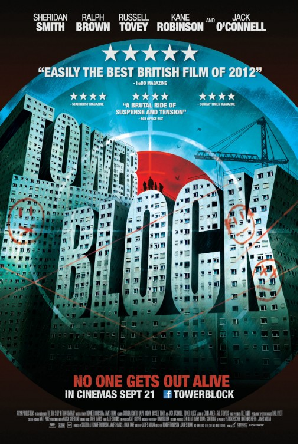 Tower Block was a film I decided to watch on the spur of the moment, the brief description for the film on Netflix caught my interest. It is a British thriller set in a tower block (as the title would suggest).

A tower block is set to be demolished but first all the council tenants in the building need to be re-housed. As such all but the top floor of this building is deserted of people. In the intro sequence a terrified young man is chased by two masked men into this place, his attempts to get assistance are met with silence by the inhabitants who don't want any trouble (with one failed exception) and he ends up being murdered by the two men. An unknown amount of time later (months at least) and the people of the block suddenly all get fired on by a deadly accurate sniper. The survivors of this initial attack make it out into the corridor but soon learn that any attempt to leave the building results in the sniper opening fire. Even worse is that many of the escape routes have been booby trapped and the exits sealed up. It seems someone is determined that everyone there is to die... 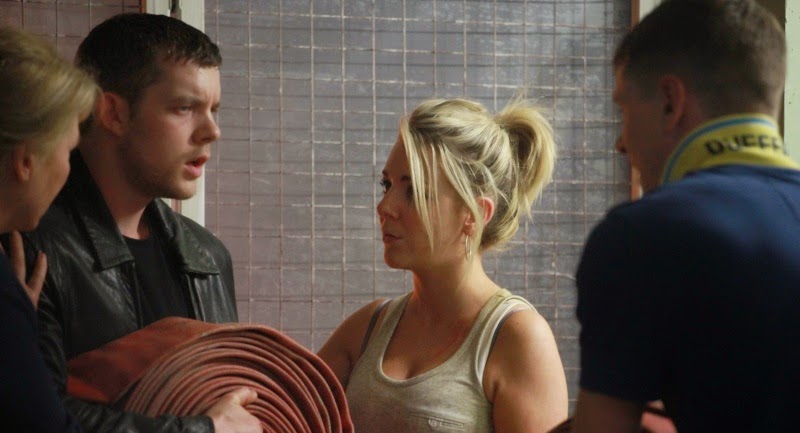 I really enjoyed Tower Block, it had a real sense of constant threat and fear that continued all the way up to the ending. It is not without its flaws though. One small annoyance is that there was no indication the prologue took place in the past, it was at least 45 minutes into the film that someone casually mentions that event in the distant past tense. A wide spectrum of poor people stereotypes all happen to live in the building. There are a pair of drug dealers, an arguing husband and wife, a single mother who abuses her children, an alcoholic, a nasty little chav and a fair few others. These initially all seem so one dimensional and also all so unlikeable that you don't really feel any worry for their well being and I found myself wishing the more annoying ones would get killed off. Sheridan Smith as Becky is the one truly likable character which is good seeing as she is the main one. As the film progresses though the survivors (there is a high body count here) really come into their own and show layers that initially they did not have. Kurtis (Jack O'Connell) as an example starts off as an angry bullying thug but as the bond with the survivors form he manages to become far more well balanced and offers some humour into what is otherwise quite a dark film.

With around 98% of the film set inside a mostly windowless building it is no surprise that the films set design is quite dank and gloomy, but it feels natural and I got flash backs to The Cube at times with such a small location used and the theme of strangers having to work together. The place is full of odd smiley face symbols that it seems the sniper has placed which made the dirty setting even more ominous (how no one noticed someone going around stencilling these things everywhere I do not know!). As mentioned before there is a high body count which even includes teens and children. With a large number of characters it keeps you on your toes trying to work out who you reckon will survive as death comes so swiftly by the sniper master (my friend pointed out it seemed a bit weird how the sniper could immediately kill anyone who shows their face regardless of where they appeared). The violence looks good and feels quite visceral, so no complaints with the special effects department. 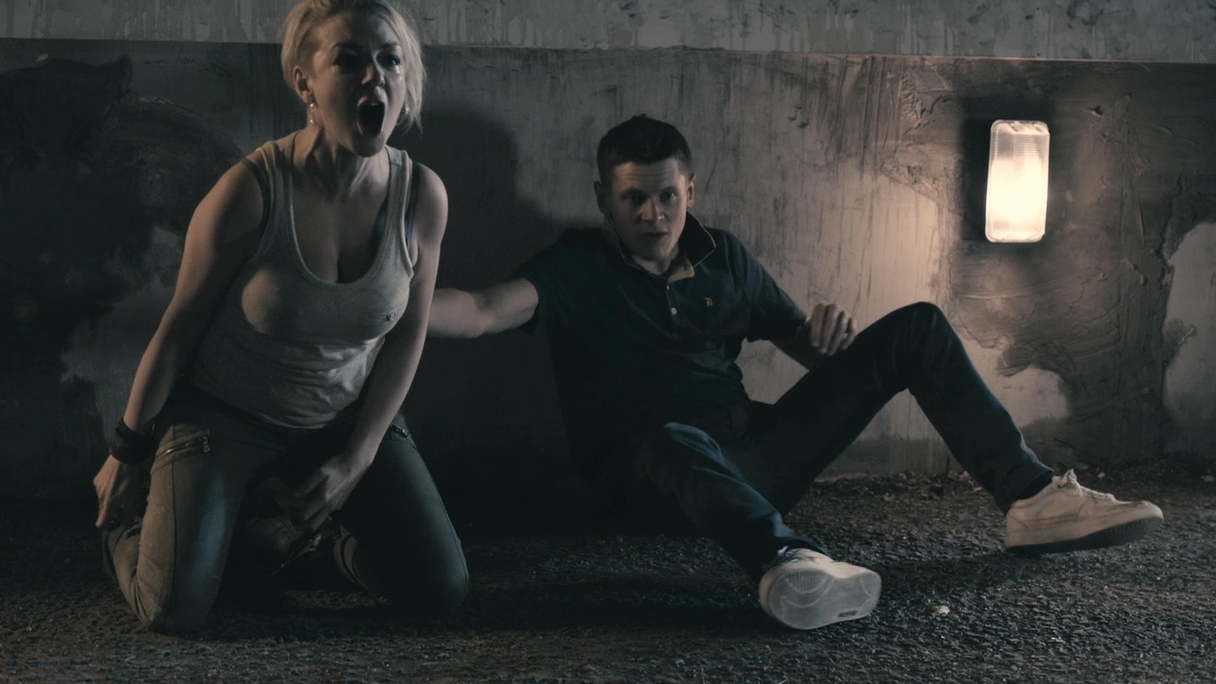 The plot sang to me here, just wanting to find out just who the sniper was and why they were trying to kill everyone kept me glued to the edge of my seat waiting for the reveal. Without going too much into spoilers I feel it would have been better to have the prologue removed as I did feel that made the reason seem far too obvious. While the plot was quite simple the film managed to avoid becoming stale and did not outlast it's 90 minute running time. There was always something new happening and perfectly fitted into the time given. Any longer and I do feel my interest would have started to fade. Sometimes with thrillers and horrors it all ends with a dramatic, over the top finale, I was pleased to see this was not the case here though maybe it was a bit too understated (a great pay-off though).

While not without its flaws such as stereotypes and stupid blips (such as a teen who is able to identify the exact type of rifle used by the killer, as well as it's street value based purely on his experience with videogames!) I nonetheless found Tower Block to be a thrilling and addictive film and one I would certainly recommend.