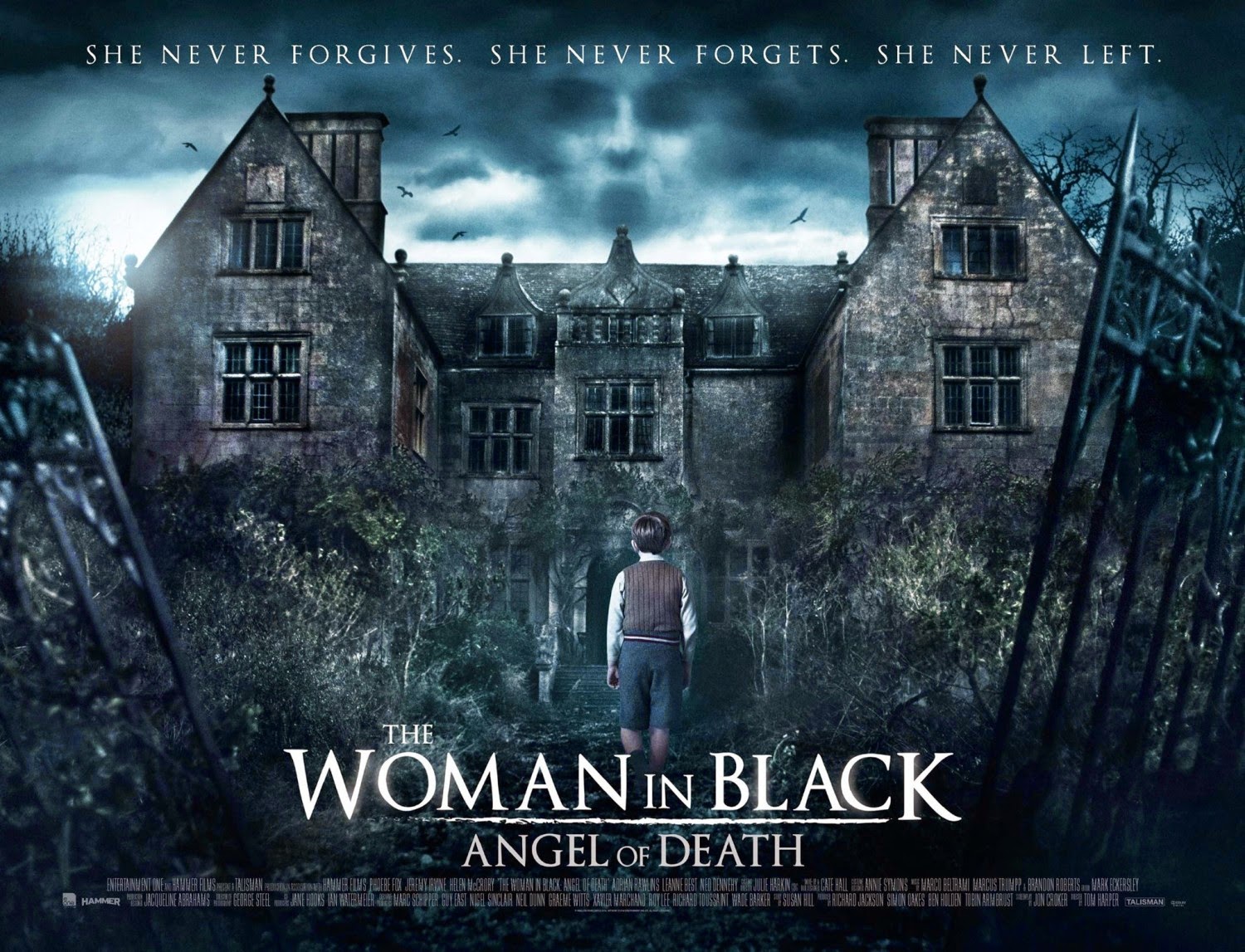 Now when I was younger I saw The Woman in Black stage production at a creepy old theatre and stuck in my mind as one of the scariest things I have ever witnessed. When Hammer Horror The Woman in Black film came out (starring Daniel Radcliffe) I never got around to watching it which is strange, especially seeing as my parents went and saw it despite them not even liking horror films. Going to watch the sequel I had a pretty strong idea in my head of what would have happened previously regardless.

Set in 1941 during World War II in England, and with London being bombed to pieces by the Germans children are being evacuated to the countryside where it is a lot safer. Angel of Death stars Phoebe Fox as Eve Parkins who is helping relocate one such bunch of youngsters to apparent safety. However for some weird reason it was decided the relocation spot would be a dilapidated, haunted mansion out in some marshlands that while safe from bombing is not without it's own peril. Soon Eve learns of a ghostly woman in black who is haunting the property and seemingly determined to kill all the children under Eve's care. 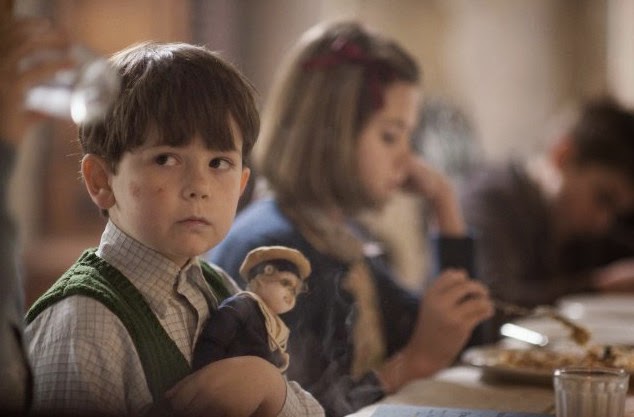 Angel of Death is a very dark film, and by that I mean it is almost devoid of colours with muted whites, greys, browns, and blacks being the order of the day. Interiors are dark and oppressive, while outside is no better with constant thick mist chocking the landscape. It is a scary film, the design of the titular ghost herself is effective with fleeting glimpses doing far more than constant exposure could ever achieve and yet most of the scares are of the jump scare variety which I always feel is a cheap way to make the audience shudder. There are so many of these jumps and they become more and more sign posted leading up to an entirely predictable twist ending. The set design is pretty robust with some locations that just scream 'get out of here' at you but a lot of the atmosphere of these places is squandered.

So while the special effects themselves were not bad the same cannot be said of the characters who at best were flat but always let down by bizarre actions. Jeremy Irvine as pilot Harry Burnstow had an interesting back story at least, but Eve's back story mostly revealed by bland dream sequences did not engage me. For a lot of the film no one believes Eve's somewhat sketchy evidence that the house they are at is haunted but then all of a sudden everyone does believe her with no real explanation given for this sudden change. With regards to plot characters appear as if by magic to push along the story. At three points during Angel of Death people miraculously appear by chance to save the day, that is three times too many in my book and further takes away the believability. 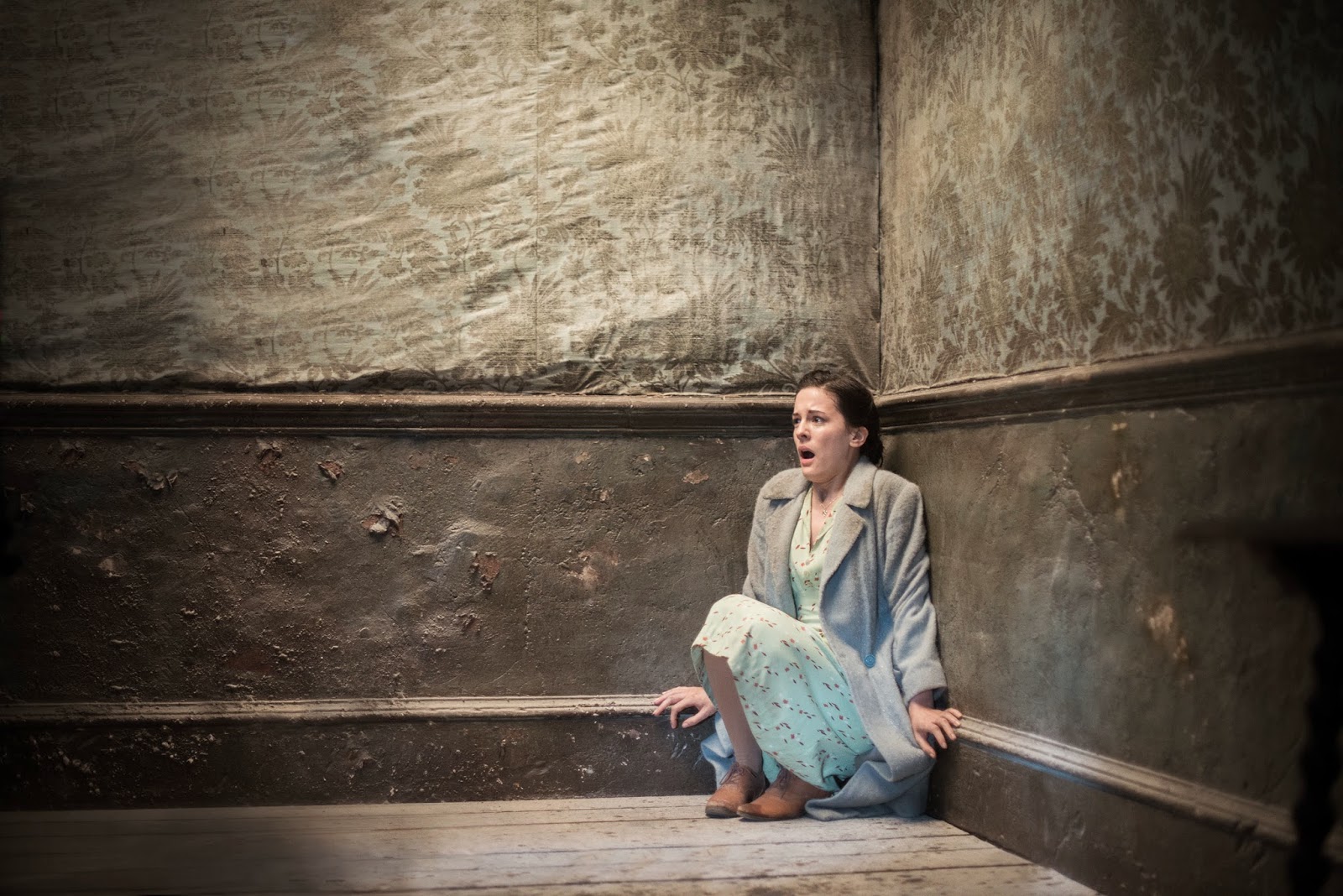 Usually in haunted house films characters resolutely refuse to leave the location the horror is occurring at and with the location here being an island that easily gets cut off from the outside world by rising marsh water I expected this would be used to contain events. I was surprised to see later in the film the plot move to a different setting which was a nice touch. That is about the only original thing that does happen. There is a creepy child who may or may not be possessed by the ghost who as is near always the case comes across as irritating rather than spooky, those dream sequences I mentioned earlier and those jump scares. I have seen it all done before and the story was just not engaging.  The main victims are children and Angel of Death doesn't shy away from showing the after effects of their brutal demises and I do admit when they later appear as messed up ghosts they were freaky.

All in all Angel of Death is just plain average. It has some decent set design and effects yet the plot is just not interesting and nothing I hadn't seen before. I failed to care about any of the characters and while I did jump a lot there was not any lasting horror to come out of this. I did feel that I was missing references to the first film in the series, so I am at least interested to go back and watch that one now.