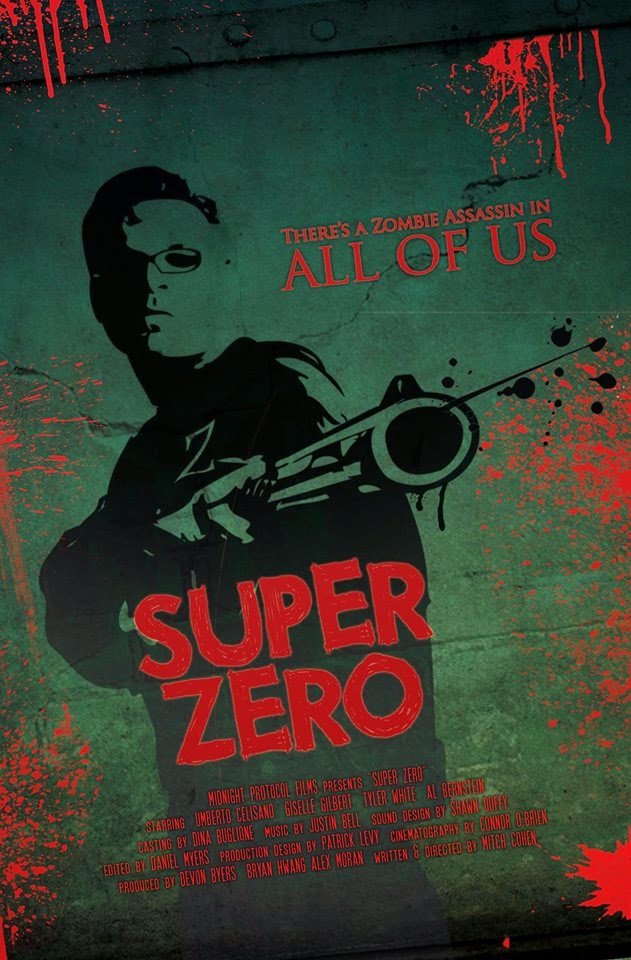 I got a message on Twitter recently asking me to take a look at short zombie film Super Zero (written and directed by Mitch Cohen). I usually love short films as it takes a certain skill to create the feeling of a full story in such a short amount of time. At just over fifteen minutes long would this be the case with Super Zero?

Loner geek Josh Hershberg (Umberto Celisano) has just found out he has terminal cancer and so he plans for his end, however those plans are disrupted when a space probe on a return journey from Mars crashes into Los Angeles. 29 days later (see what they did there?) and zombie apocalypse has swept the country. While searching a warehouse Josh comes across a bunch of survivors who soon discover the amazing abilities he has to offer in this new undead filled world.

I loved this film, it looks sharp and crisp and the pacing of the story is very strong with it feeling like this should be a feature length film. It actually reminded me a lot of Zombieland and Kick-Ass with it having the same light hearted tone and with the film being narrated by the self conscious nerdy character who puts a lot of personality into his narration. The theme again seems to be you don't need to be the cool attractive guy to be a hero.

A lot of the effects are digitally done but they don't look half bad, while there is plenty of guts and gore around. The zombies are of the running type and are quite grey in look, no complaints for their design and it seems here head shots are not needed to incapacitate them. The music by Justin Bell is fantastic and really fits the tone well. 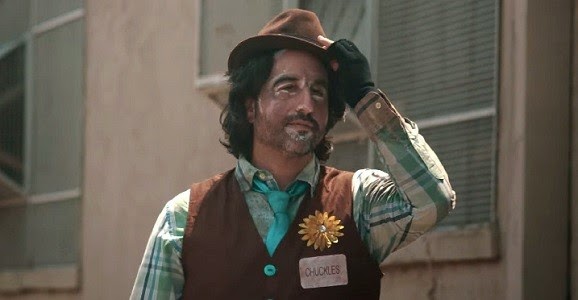 Some of the humour is a bit hit and miss at times, there are just a few too many geeky references (such as when Josh says his life has red ringed), It does at times feel like stuff like that is just there to try to appeal to a certain demographic but is not too ham fisted. The four characters here are all interesting in their own ways though it is only really the main lead who had anything about him (though the guy wearing a clown suit was pretty weird). The final sequence for Super Zero was awesome and totally unexpected showing some great special effects and really got me wanting to see more.

Apparently this is in development for a feature film production and I hope that is true as if they could put the same level of quality and imagination into a full length film then they did in these fifteen minutes then it would be something quite special. Well worth a watch, check it out below if you wish.

Posted by Daniel Simmonds at 00:49