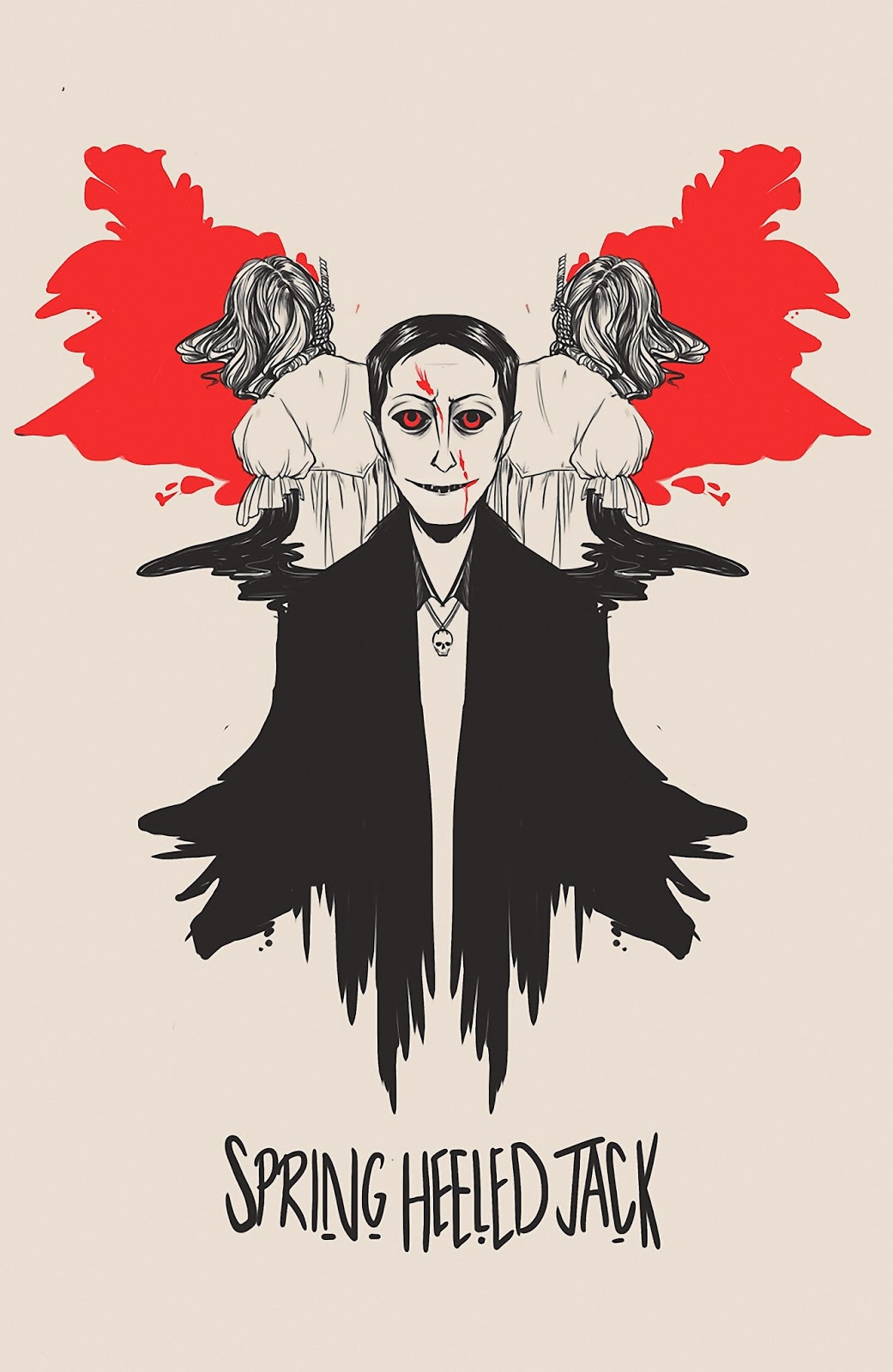 Spring Heeled Jack is an independent four part mini series comic written by Tony Deans with art by Martha Laverick and lettering by Joshua Cozine. Set in Victorian London it follows the legendary horror of the comics name.

After a woman is murdered and her daughter suffers life threatening burns the police call on the help of a young Arthur Conan Doyle and his mentor Joseph Bell to help solve the case. The burnt girl is convinced the perpetrator was none other than Spring Heeled Jack; a creature that is said to be able to breath fire and leap buildings in a single jump. They are not convinced at first but as the evidence piles up it seems that just maybe this being is real.

The very best thing about this comic is the striking art style. It is crystal clear with a great use of simple colours and reminded me a lot of the style of Manga (minus the big eyes). It is snappy with many small windows used to show the flow and action. Despite this I never got confused as to where to read as I often do. The characters of Conan Doyle and Bell feel similar to Sherlock Holmes and Dr Watson (of course not surprising seeing as the character of Holmes was based on the real life Bell).

Being the first issue not too much happens though the creepy Jack character appears a few times. The comic is mostly used to introduce the two investigators and set up the case they find themselves with. Spring Heeled Jack is published by Alterna Comic and can be purchased from Comixology.

Posted by Daniel Simmonds at 02:18