How to Survive the Zombie Apocalypse (2015) - Horror Web Series News and Interview with Justin M.Lesniewski 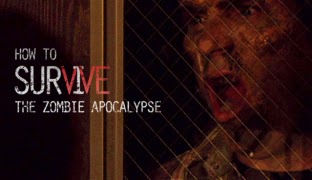 How to Survive the Zombie Apocalypse aired its first episode on 12th January of this year. The series takes place ten years after a zombie apocalypse that swept the globe was ended and heralds the start of a second zombie apocalypse. The creators of the show have decided crowd funding is the way to go to get the rest of season 1 funded. I got an interview with the creator/writer/executive producer Justin M.Lesniewski to find out more about his vision for the show...

Can you sum up How to Survive the Zombie Apocalypse in one sentence?

Sure. From a plot standpoint, here's our logline:

Ten years after the zombie apocalypse was supposedly averted, a new outbreak causes 18-year-old Norm Elman to learn the frightening truth of both the zombie threat and the safe haven that has kept him and others alive.

From a thematic standpoint:

It's the next evolution of zombies that makes us consider our humanity and why we live the way we do.

Why did you decide to do a web series about zombies when it could be said to be an over saturated genre?

With the technology that's available to create and distribute content, every genre is over saturated. Don't believe me? Go to Amazon and look at all the self-published novels. It's an amazing development in our civilization, but you can't let it stop you if you have an idea you love and want to make happen. That's why I made it--because I love it. And I believe that, with this production team, we can do it well. 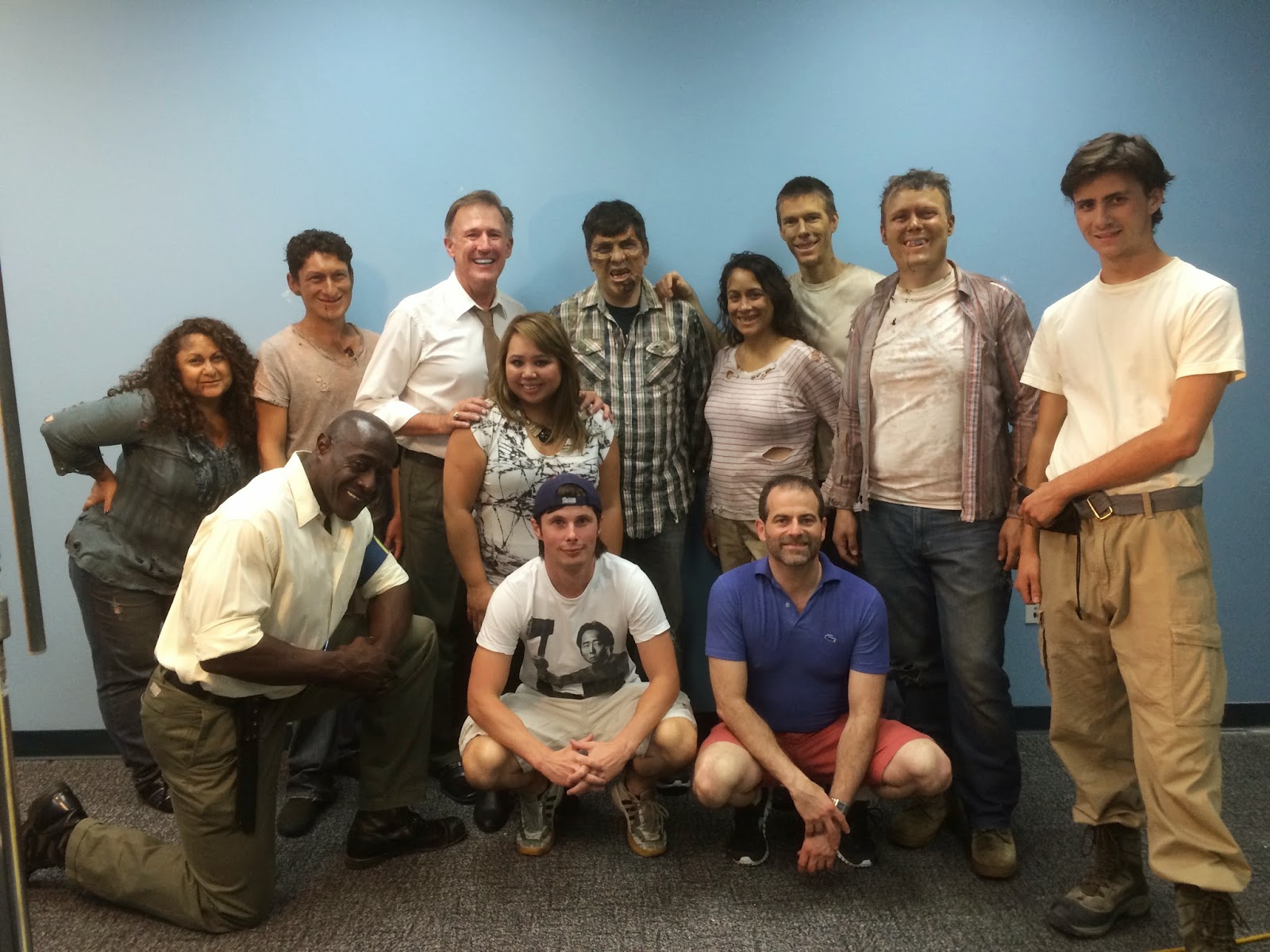 Do you have the show already planned out, or are you looking to adjust it in line with feedback from fans should your campaign be successful?

I have it planned out, but plans change. Casting some of the roles caused me to reconsider and edit my outline. Sometimes things happen that cause you to reconsider your choices. Those occurrences are part of the beauty of creating a story over time rather than releasing it and being done with it. Viewer feedback and fan response could certainly have an influence. But it can go too far. I'm not an advocate for bringing Beth back in The Walking Dead, JK Rowling changing her original intended ending of Harry Potter, or how Carlton Cuse and Damon Lindelof handled Nikki and Paulo on LOST.

Would you say The Walking Dead is your biggest influence or is it the genre as a whole that inspires you?

My biggest influence is LOST, but the ramifications of that show on The Walking Dead are clear. As for the zombie genre in particular, my biggest influences are George A. Romero's films, as I think he used the creatures most effectively, Zack Snyder's Dawn of the Dead remake, and Danny Boyle's 28 Weeks series. 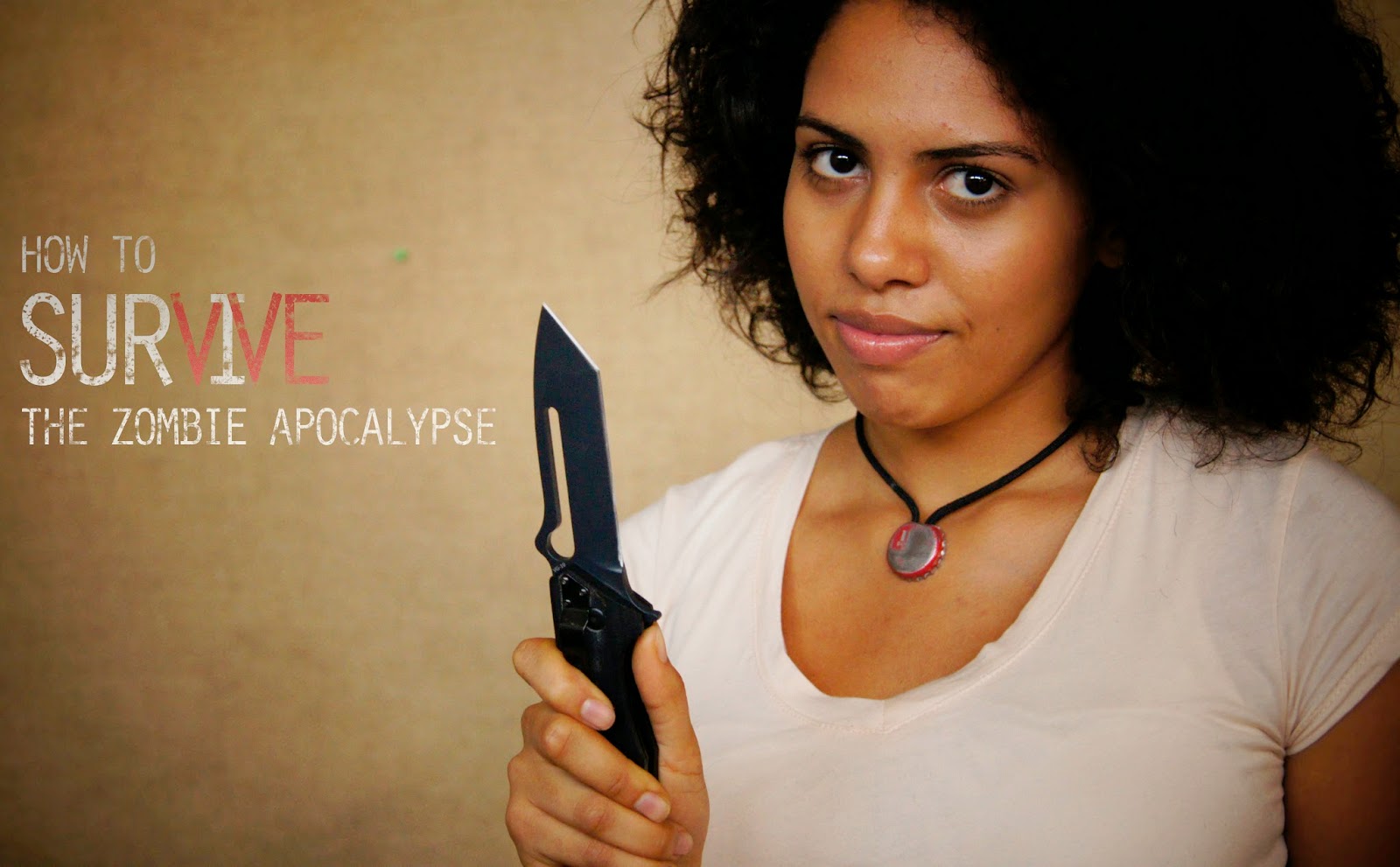 The promotions for the show mention you are looking to 'evolve the zombie'. What do you mean by this, or is this something that you would need to watch the show to find out?

To understand it fully you'll need to watch the show as it's an integral part of the story, but I mean that I have a new addition to the concept that builds on, but doesn't contradict, the common definition of zombies. I don't want to say more as the specifics are revealed in the story, but the reveal is already shot. We just need to shoot all the other footage to get from Point A to Point B.

There seems to be a trend lately of people focusing on the characters rather than the undead threat they face in zombie fiction, do you plan to have a balance between introspective survival and all out action?

Yes, 100%. I love this question because I couldn't have said it any better. Balance is important in any story. Theme, character, plot, setting, and style all have to work together for a story to be effective. If you're privileging one of the others, you're hurting your story in the long run. LOST fell apart in its finale because it privileged the characters over the island. If the island isn't important, why set the series there and reveal so much of its history? The same is true for the zombie apocalypse. If people watch the series and think that the story would be the same if it were set in any other apocalypse, as can be said about The Walking Dead and many other zombie stories, then I've made a grave error in the writing process. 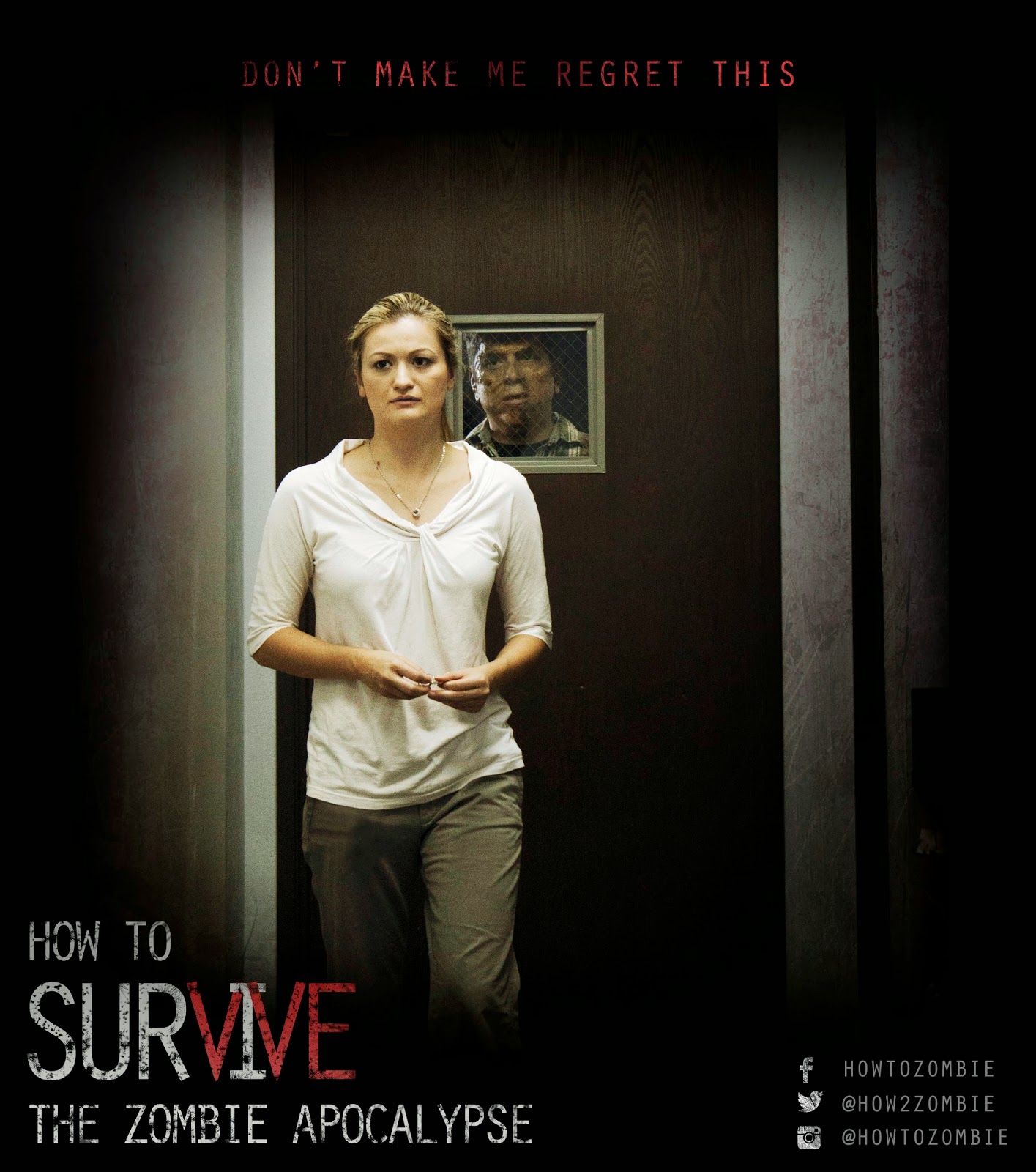 Your bio on the Indiegogo page says your favourite zombie film is the Dawn of the Dead remake, do you prefer running zombies to the traditional slow movers? What type are going to be used for your web series?

We're using running zombies. I think the type to use depends on the story you're telling, but it would be very difficult to use slow zombies these days. We live very fast-paced lives and can trend towards instant gratification, so I don't think audiences would understand slow zombies. There would be a disconnect there. In many ways, I think that's why Snyder's Dawn of the Dead, Boyle's 28 Weeks series, and Zombieland were so successful.

Lastly, what would you say to people undecided on whether to donate to your cause?

Did you enjoy the first episode and want to see what happens next? Then donate. Any amount helps. Seriously. We appreciate even $1. It's as simple as that. You have to understand that we're a completely independent project. We have no backing from anyone. The budget comes from our pockets. I'm doing this because it's what I live for. I love it and hope you do too. 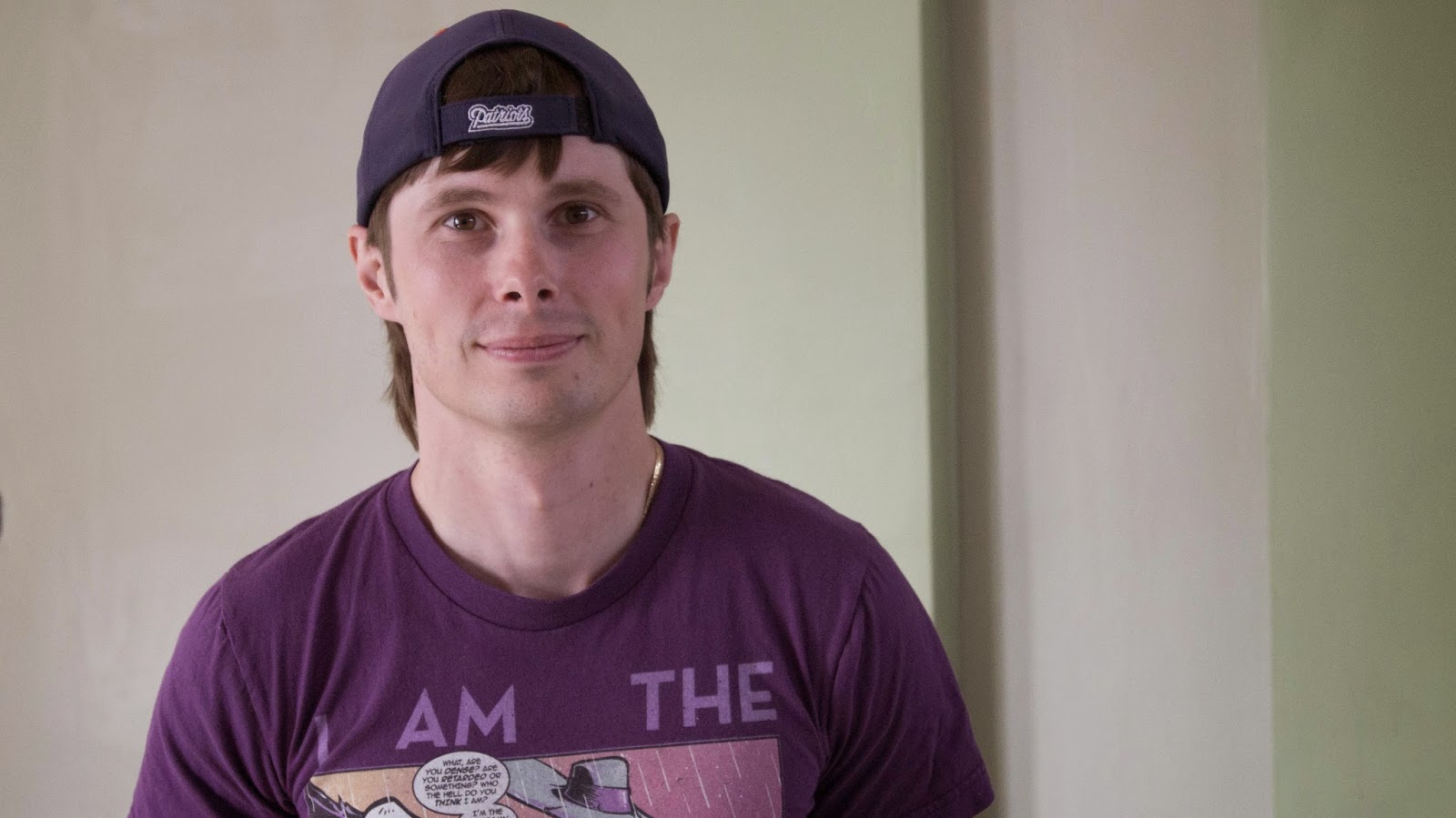 Currently the Indiegogo campaign has reached $812 of it's $10,000 goal but with 49 days left to go there is plenty of time for that to be reached. You can donate to the cause here as well as read plenty more about the show and the cast, as well as watch episode 1 of How to Survive the Zombie Apocalypse. There can never be too many zombies in the world so I wish Justin and his crew all the best.

As an aside, for an article on 4 popular zombie survival tactics that will get you killed head over to a brief article here.
Posted by Daniel Simmonds at 06:01