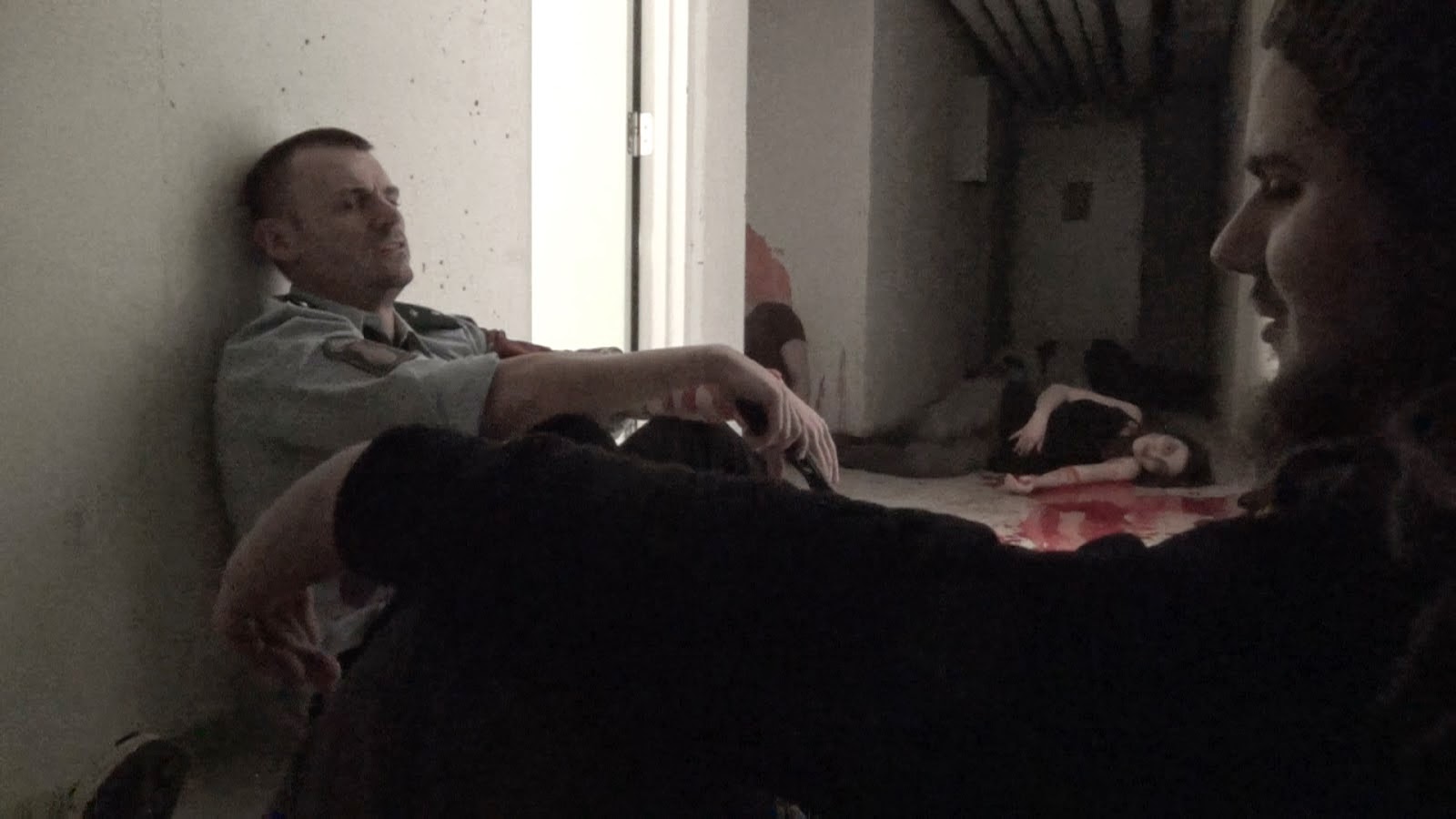 Escaping the Dead is a Danish zombie film that has been influenced by the real life drug Krokodil (previously mentioned here). For those who don't know this particular drug has the nasty as heck side effect of rotting the skin off of the users, it is the closest thing we will probably ever get to real life zombies.

In the film a new street drug is released that has the very bad side effect of turning its users into actual undead zombies. Stoner drug dealer David and his friend Ahmir get a hold of this new drug and mistaking it for cocaine they sell it at a concert with deadly effect. The film follows David as he attempts to escape the city that is quickly becoming over run.

It looks quite low budget with some dodgy effects but who knows, it could be so bad it's good, and with zombie films you never need the biggest budget to create an enjoyable film. I was pleased to see Kim Sonderholm in the trailer; that man just gets everywhere. Also it was good to hear Troma legend Lloyd Kaufman has a cameo in the film. The whole 'drugs turn people into zombies' set up has been done quite a fair bit before (Go Goa Gone and Return of the Living Dead: Rave to the Grave spring to mind) but as I always say, it can be pretty damn hard to make a zombie film that isn't somewhat entertaining. Escaping the Dead is due to be finished at the end of this year.